J Boys Echo, once in the shadow of Not This Time, has stepped up into the void left by his retired stablemate and emerged as a proper Kentucky Derby (G1) contender in his own right.

That development over time was to be expected, judging by J Boys Echo’s pedigree. Neither of his parents even raced at two.

His sire, the A.P. Indy stallion Mineshaft, peaked as a four-year-old in 2003 to earn Horse of the Year honors. His dam, Letgomyecho, burst onto the scene early in her three-year-old campaign. The winner of her first three starts, she captured her stakes debut in the 2005 Forward Gal (G2), only to run well below form in the Ashland (G1) and subsequently retired.

J Boys Echo was bred by the partnership of Betz/Blackburn/J. Betz/Ramsby/CNHHNK. Betz, as part of Needham/Betz Thoroughbreds, and Blackburn were also co-breeders, with Lamantia, of 2009 Kentucky Derby shocker Mine That Bird.

Letgomyecho had produced little of note before being acquired by the partnership, but that soon changed. When bred to Unbridled’s Song, she delivered a dark bay colt, named Unbridled Outlaw, who flashed talent early on as a juvenile. A $330,000 Keeneland September yearling purchase by Albaugh Family Stables, Unbridled Outlaw broke his maiden second time out and finished third in the 2015 Iroquois (G3).

Those hints of promise from Unbridled Outlaw were fortuitously timed, for exactly a week after the Iroquois, his yearling half-brother by Mineshaft entered the Keeneland sales ring.

That piqued the interest of the Albaugh Family team, including general manager Jason Loutsch (Dennis Albaugh’s son-in-law) and Kempton Bloodstock’s Steve Castagnola. They inspected the colt on the sales grounds and managed to buy him.

But he cost quite a bit more than Unbridled Outlaw did, ultimately bringing $485,000, the top price of any horse sold during the fifth session of the 2015 Keeneland September Sale.

“We were very fortunate to get him on our last bid. That was our final bid,” Loutsch revealed.

Castagnola commented to Keeneland publicity at the time that the colt had “a tremendous walk, huge shoulder, great balance, terrific mind.

“He was hard to pass up for us. He was a horse we really wanted and sometimes you have to stretch on the ones you really want. Thankfully, we were able to get him.” Selling that same day at Keeneland was a Candy Ride colt who went for $425,000. We know him today as Cheyenne Stables’ Mastery, a leading light on the 2017 Derby trail before his injury in the San Felipe (G2). Another $425,000 yearling in the same session was West Coast, who just missed in the April 15 Lexington (G3) for Gary and Mary West.

Although the Mineshaft half-brother to Unbridled Outlaw was a strong new recruit, the Albaughs had a highly regarded homebred in Not This Time. He was the newest prospect out of their pride and joy, Miss Macy Sue, the mare who put the Iowa family on the racing map.

As a broodmare, Miss Macy Sue is arguably an even greater success for the Albaugh Family. She’s responsible for three stakes winners so far, highlighted by millionaire Liam’s Map, the 2015 Breeders’ Cup Dirt Mile (G1) winner. The Albaughs had sold Liam’s Map as a yearling for $800,000, and although that was an eminently logical move at the time, it was easy to feel a pang of regret in hindsight.

Thus when Miss Macy Sue’s gorgeous son of Giant’s Causeway came along, the family was determined to keep him, not sell. Thus derived his name, “Not This Time.”

“He’s the one who stuck out to all of us,” Loutsch said. “He looked so mature, especially for a Giant’s Causeway,” whose offspring tend to “get better with age.”

“He was just so professional. We knew we had something special. He reminded us a lot of his mother.”

The Albaugh youngsters go to school, so to speak, with another key member of their advisory team, Barry Berkelhammer. At his AbraCadabra Farm near Ocala, Florida, Berkelhammer develops young prospects and is himself active on the sales scene.

Both Not This Time and J Boys Echo were rated well, with the homebred coming to hand more quickly than the Keeneland purchase.

“Not This Time was a very precocious, forward two-year-old, more so than J Boys Echo,” Berkelhammer recalled. “It seems like everything out of that mare is very talented. They seem to have a lot of ability – it’s just whether they are fortunate enough to stay sound.”

Although not as advanced at that tender stage, the yet-unnamed Mineshaft colt was showing Berkelhammer enough for him to point him out to Loutsch as a smart one for the future.

The Albaugh horses are often named after family or team members. A case in point is last year’s Blue Grass (G1) winner and Derby competitor Brody’s Cause, named for the son of assistant general manager Reed Weston.

Loutsch hadn’t had a namesake yet. Now this shaped up as the right one to take for his own.

“OK, this one’s going to be ‘J Boy,’” Loutsch said, in reference to his nickname derived from “Jason.”

There was an already-existing “J’boy” in the Jockey Club registry, and “Jayboy” by itself was too close to that. So with the addition of “Echo” from his dam, Letgomyecho, the promising colt became “J Boys Echo.” 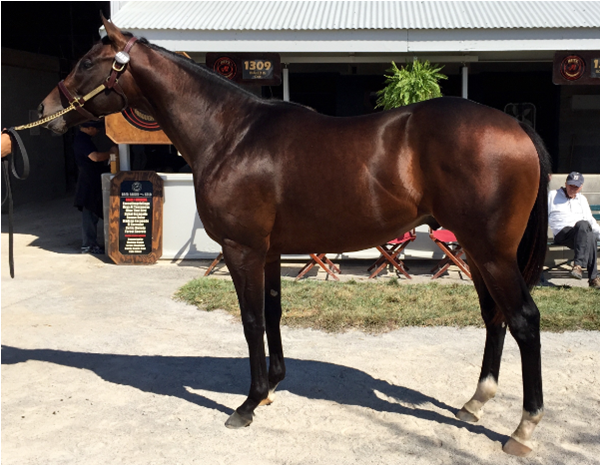 During his time with Berkelhammer, J Boys Echo shrugged off things that might bother other horses.

“He always showed that adversity didn’t bother him,” Berkelhammer said. “He was very easy to get along with. Some horses don’t like to be on the inside, or pushed on the rail.

“He didn’t mind being down on the inside, or having a horse laying on him. He certainly showed he had mental toughness.”

Berkelhammer added an important bit of nuance to that comment: breezing in company in their familiar environment of the farm isn’t the same as simulating race conditions, among a bulky field in the pressure of a race. Still, it is a positive sign that a horse will be able to adapt to the more challenging circumstances on the racetrack.

“Some horses can’t overcome adversity,” Berkelhammer said. “If they don’t have it all their own way, they can’t show their brilliance.”

That mental attitude to the game can be the difference between success and failure. As Berkelhammer explained, no matter how talented a horse is, if he can’t roll with the punches, he’s not going to put his talent to most effective use on the track.

Loutsch believes that’s the primary reason why Unbridled Outlaw hasn’t progressed as first hoped a couple of years ago.

J Boys Echo is therefore “the complete opposite” of his older half-brother in this department, as the type who maintains an even keel.

“One of the best qualities to have on the first Saturday in May… when you have 100,000 people going crazy.”

Yet a placid mind doesn’t automatically equate to racing savvy. J Boys Echo was still “immature” when he joined trainer Dale Romans, and it “took him a while to figure it out,” Loutsch said.

Before J Boys Echo ever made it to the races, Not This Time trounced an Ellis Park maiden by 10 lengths and demolished the Iroquois by 8 3/4 lengths. Nine days after J Boys Echo broke his maiden, Not This Time went off as the 5-2 favorite in the Breeders’ Cup Juvenile (G1) and came within a neck of champion Classic Empire. But his Derby dreams were dashed by a soft tissue injury, and just a couple of weeks after the Breeders’ Cup, Not This Time’s racing career was over.

Now it was up to J Boys Echo to take up the baton.

J Boys Echo had shown mental fortitude in his Keeneland maiden score, despite getting clobbered by a rival who almost shoved him into the rail at the top of the stretch. But next time in the Delta Downs Jackpot (G3), his immaturity cost him when he lost position at a crucial stage of the race. Approaching the far turn, J Boys Echo was in a good spot, then he suddenly retreated before rallying again, too late, for fourth.

Jockey Kent Desormeaux, who rode J Boys Echo for the one and only time in the Jackpot, thought he didn’t like being hounded by Tip Tap Tapizar to his outside.

As Loutsch relates it, “‘Forget it, I’m not running today.’ He just about quit, almost stopped, and Kent said he thought he’d have to pull him up.”

If Desormeaux’s theory is correct, that illustrates the point of race experience being a different ball game from training. But in any event, J Boys Echo has the capacity to learn from these experiences, and he finally showed what he’s capable of in the Gotham (G3).

Tammy Fox, Romans’ longtime partner and expert assistant-cum-exercise rider, knew that J Boys Echo had it in him all along.

“He was always Tammy’s favorite,” even above Not This Time, Romans told Jennie Rees in early April.

We’ll never get to know how a Not This Time versus J Boys Echo clash might have turned out this season. Would the hot shot juvenile have remained ahead, or would the classic late developer have outstripped him in the end?

“It’s very, very unfortunate what would have been with Not This Time,” said Loutsch, who prognosticated that he likely would have been vying for favoritism with Classic Empire.

But the Albaughs are grateful to have another chance with J Boys Echo. It’s the latest chapter in the remarkable life story of stable chairman Dennis Albaugh. Raised on an Ankeny, Iowa, farm, Albaugh built an internationally successful pesticide business from scratch, and has now spearheaded a high-profile Thoroughbred operation.

“To have another option – we can’t be more thrilled and thankful,” Loutsch said, adding how they’re all “thankful and humbled” to be going to the Derby in back-to-back years.

Since the Albaugh Family is such a cohesive team, we can imagine Not This Time being a good team player himself. Now in his palatial paddock as a first-season stallion at Taylor Made, perhaps he’ll cock an ear for news of the Derby, thinking, “That’s my Boy.” 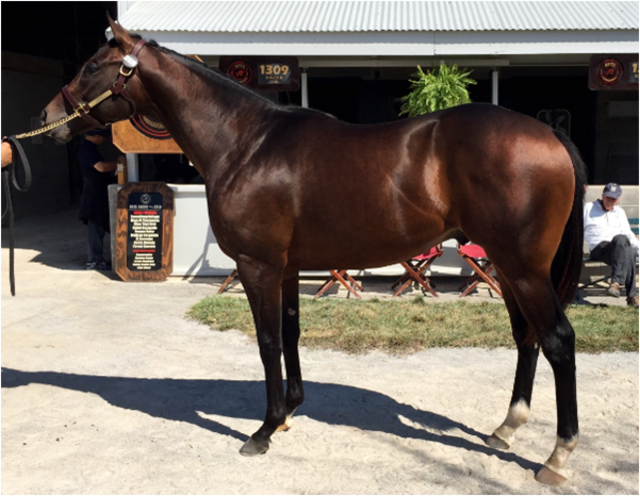