Tales from the Crib: Magnum Moon

Undefeated Kentucky Derby (G1) contender Magnum Moon is the latest headliner with deep ties to historic Claiborne Farm. Not only was he born and raised at the Paris, Kentucky, nursery, but his pedigree features past Claiborne patriarchs, and his breeder, Ramona Bass, has a longstanding relationship with the farm.

That connection actually goes back to Bass’s father, Arthur A. Seeligson Jr., whose homebred Belmont S. (G1) winner Avatar began his stud career at Claiborne. Among the leaders of the 1975 classic crop, Avatar captured the Santa Anita Derby (G1) and grabbed the lead in the stretch run of the Kentucky Derby, only to be overtaken by champion Foolish Pleasure. Another Seeligson homebred, Avatar’s half-brother Unconscious, was dispatched as the 5-2 favorite in the 1971 Derby, finished fifth behind Venezuelan shipper Canonero II, and came out of the race with an injury. Unconscious went on to win two major races as a four-year-old, the 1972 Charles H. Strub S. and San Antonio S.

Magnum Moon was conceived in 2014, the year after Orb became the 10th Kentucky Derby winner born and/or raised at Claiborne. The timing is significant, for Magnum Moon is bred along very similar lines to Orb, a Stuart Janney III and Phipps Stable homebred. By replicating that cross, the hope was to replicate that type of horse, a potential classic winner.

Both Orb and Magnum Moon are by Malibu Moon, himself a grandson of 1977 Triple Crown star Seattle Slew via his Hall of Fame son, A.P. Indy. While Orb is out of a mare by 1990 Kentucky Derby champion Unbridled, Magnum Moon’s dam is by the Unbridled stallion Unbridled’s Song. 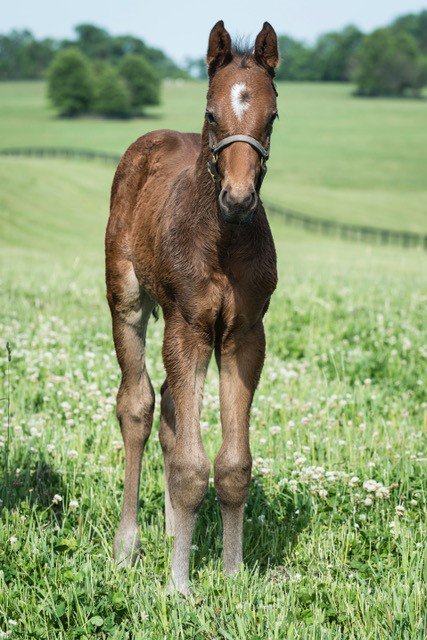 Although Dazzling Song ended up not making it to the races, she had plenty of residual value as a broodmare. The 10-year-old is already perfect as a producer with three winners from three racing-age foals, and still more to come.

“We are very excited for Mrs. Bass,” said Walker Hancock, who succeeded father Seth as Claiborne president in 2015. “She has an elite level broodmare band, and Dazzling Song is a young mare that will have plenty of other chances to produce top quality horses.”

Magnum Moon is her best so far, and the Claiborne imprint is visible especially on the top half of his pedigree. From sire Malibu Moon, Magnum Moon inherits the genes of legendary Claiborne stallions *Nasrullah; Bold Ruler and his Triple Crown-sweeping son Secretariat; Buckpasser; Nijinsky II; and Mr. Prospector, who appears no fewer than three times in Magnum Moon’s pedigree. Dam Dazzling Song furnishes two of those crosses of “Mr. P,” and she also carries a strain of past Claiborne sire *Le Fabuleux.

“We are very excited for Magnum Moon to run in the Derby!” Hancock enthused. “It is very rewarding for the whole team to raise such a talented horse.

“I can tell you from my recollection he was a colt that somewhat flew under the radar. He was a late foal, not very flashy, and never caused any trouble. He didn’t really blossom until the last few weeks of sales prep before we sold him in September of 2016.” 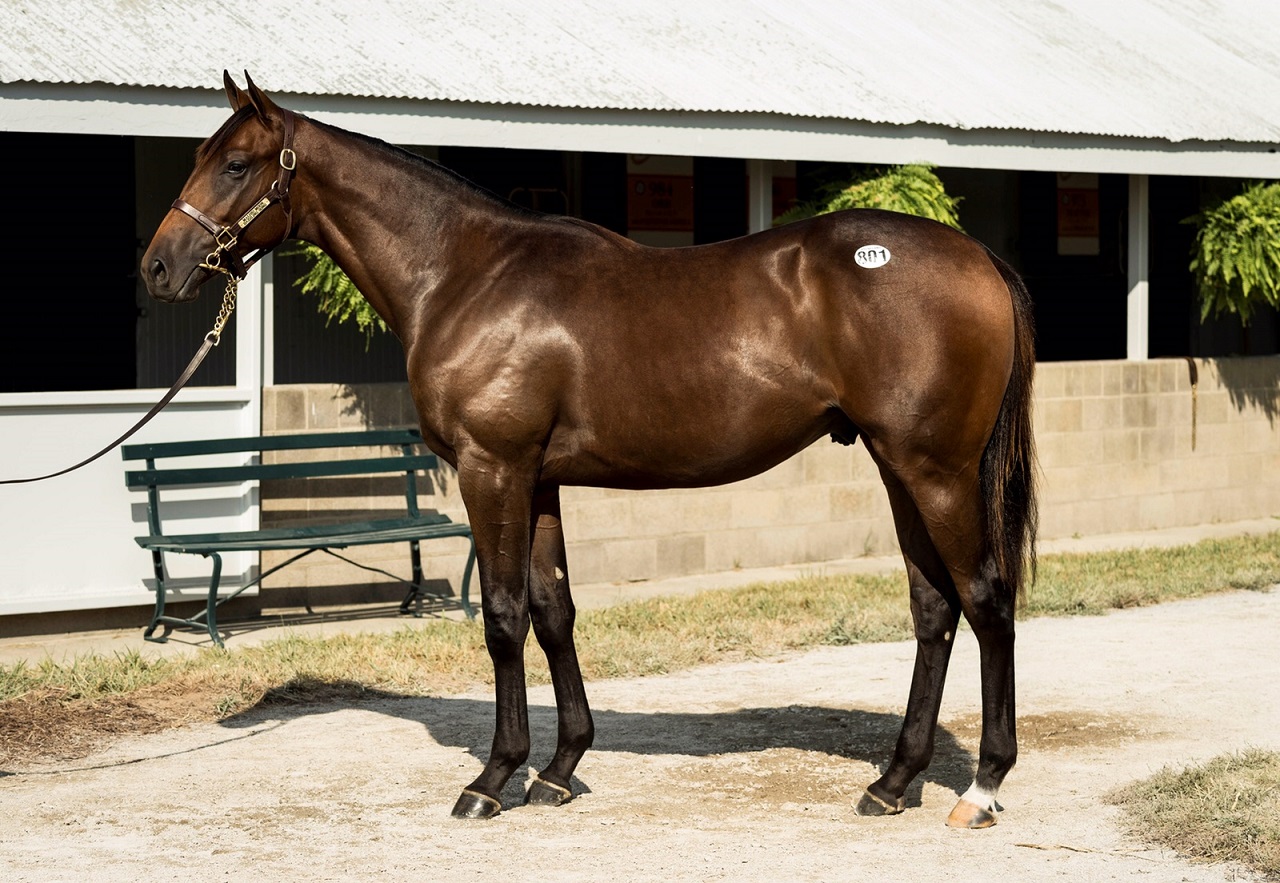 Indeed, Magnum Moon’s birthday is May 9, and it’s understandable for a baby arriving that late in the spring not to be as forward as the early arrivals. So it was all the more encouraging that the bay began to develop into a good-looking yearling in time for Keeneland September. If a colt of his classic pedigree and foaling date could take shape by that point, how much stronger could he become once fully mature?

His combination of bloodlines and appearance caught the eye of bloodstock agent Jacob West. A wunderkind in the industry, West serves as Vice President of Bloodstock for Eclipse Thoroughbred Partners in addition to his capacity as advisor to owners Robert and Lawana Low.

Robert, the president and founder of the trucking company Prime Inc., and Lawana have had some good runners in the past. Capote Belle won the 1996 Test S. (G1) at prestigious Saratoga, and Steppenwolfer finished third to Barbaro in the 2006 Kentucky Derby after placing in three Oaklawn Park preps. But Magnum Moon is arguably their most compelling colorbearer.

After West carefully scouted out the Malibu Moon youngster, the Lows bought him for $380,000.

“I kind of fell in love with him…a big, raw, two-turn-looking type of horse,” recalled West, who took the above video of the colt showing off his cadence at a walk.

“I distinctly remember telling Mr. Low I thought he was a first Saturday in May horse, which is exactly what he’s been.

West added that the presence of Unbridled’s Song as the broodmare sire was a selling point too. The late Unbridled’s Song was the flagship stallion at Taylor Made Farm, where West got his start in the bloodstock world.

“I cut my teeth at Taylor Made, so I have a love effect for Unbridled’s Song. He put a lot of food on my plate, so anytime he shows up in the pedigree, it’s definitely a plus for me.”

The colt proved well bought as he showed talent in his early training for J.J. Pletcher. The father of trainer Todd Pletcher, J.J. gives youngsters their lessons at his Payton Training Center in Ocala, Florida. 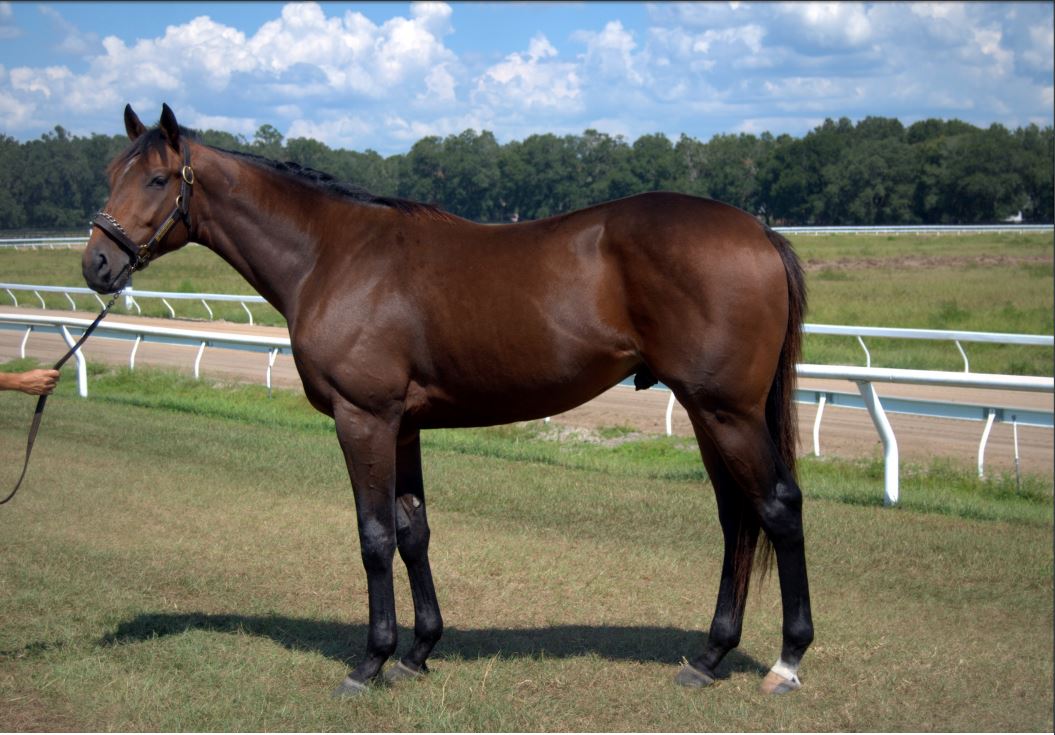 West described Magnum Moon as one who would just go out and do his job.

“Whatever you’d ask him to do, he did it with grace.

“As classy a horse as you could ask for. He was never malicious, never studdish…Nothing but total class.”

That mental side of the game is key, West added.

“They have to have a good mind to take all the pressure” and everything associated with the hubbub of race day.

Race day for Magnum Moon didn’t come until this January. Although he was ready to join Todd’s string early last summer, and posted three works at Saratoga in June, the seven-time Eclipse Award-winning horseman believed he’d benefit from more time.

“Todd was very adamant he had ability,” West said, but it wasn’t in the colt’s long-term interests to push him at that stage.

“I don’t just want to keep pressing on him,” the trainer told West.

Instead, Todd recommended that Magnum Moon return to his father in Ocala until later in the fall, when he’d set up his winter quarters at Palm Beach Downs. Magnum Moon returned to the worktab there in November, and it’s been onwards and upwards ever since.

“Things worked out perfectly,” as West summed it up.

Magnum Moon’s current connections are being rewarded for their patience. His victory in the Arkansas Derby (G1), following on the Rebel (G2), was particularly meaningful to the Lows, for Oaklawn Park is effectively their home track.

But as West pointed out, his original connections deserve a great deal of credit as well.

“A lot of that has to do with where they’re raised,” West said of Magnum Moon’s good mind, and in Claiborne, “you couldn’t ask for better.”

Bass has reason to be proud as the breeder of a top Kentucky Derby hopeful. West remarked how gracious Bass has been in all of their interactions since the rise of Magnum Moon.

In light of his resume, that cheering section is getting pretty crowded. It surely includes Orb too, urging Magnum Moon to become number 11 on Claiborne’s Derby honor roll. 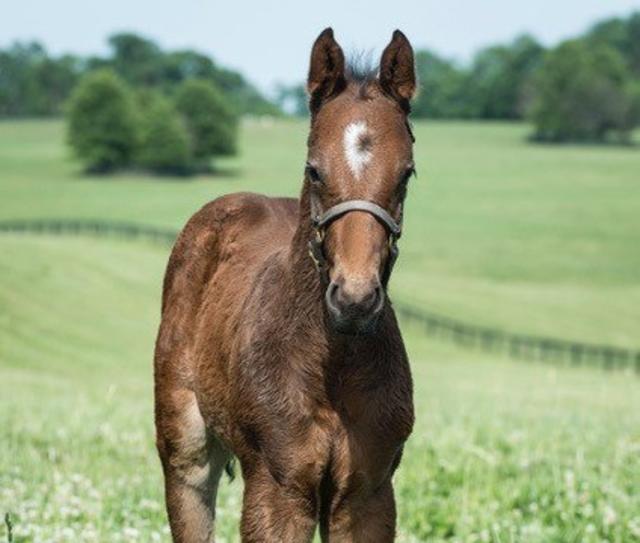