Tales from the Crib: Maximum Security

While champion Game Winner was long expected to bring Gary and Mary West back for another swing at the Kentucky Derby (G1), their homebred Maximum Security is the definition of a surprise package.

Maximum Security is by the Wests’ Breeders’ Cup Juvenile (G1) winner of 2013, New Year’s Day, who never got his chance at Derby glory. Injury ended his career before he turned three, a bitter blow especially considering that he was bred for the classic distances.

New Year’s Day’s own sire, Street Cry, had himself been knocked off the 2001 Derby trail, in a “what-might-have” been made more tantalizing once he went on to romps in the 2002 Dubai World Cup (G1) and Stephen Foster H. (G1). Racing fans now know Street Cry better as the sire of wonder mares Zenyatta and Winx.

Despite his own fine pedigree, New Year’s Day didn’t take off in the fiercely competitive stallion market, and he ended up being exported to Brazil.

Maximum Security’s dam, Lil Indy, was a low-level claimer who’d sold for a mere $2,200 as a yearling at Fasig-Tipton Midlantic October. Her sire, Anasheed, did not live up to his royal bloodlines as a son of A.P. Indy and was sent packing off to Russia.

But Lil Indy suddenly became more interesting after the exploits of her half-brother, multiple Grade 1 star Flat Out. Bred along similar lines as a son of the more successful A.P. Indy stallion Flatter, Flat Out bankrolled more than $3.6 million while capturing back-to-back runnings of the Jockey Club Gold Cup (G1) and adding the 2013 Cigar Mile (G1).

Not long after the Cigar Mile, the Wests’ racing manager and bloodstock advisor, Ben Glass, purchased Lil Indy for $80,000 at the 2014 Keeneland January Sale. She was at the time in foal to Pioneerof the Nile (later to make headlines as the sire of American Pharoah.) Yet her first three foals turned out closer to her own class, mired in the claiming ranks, and it began to look as though she wouldn’t produce much of any value.

Born May 14, 2016, at Dell Ridge Farm near Lexington, Kentucky, the bay colt was a likable individual.

“He’s got that blaze on his forehead that looks like a number seven,” farm manager Des Ryan said.

“He was a bit of a character. He had a good attitude, good temperament.

“He wasn’t one of those who would jump up when you went in there. He’d stay lying there and just look up at you.”

A “happy-go-lucky” type, he “wasn’t dominant, but wasn’t submissive either,” Ryan added. “He was just happy to see people and enjoyed playing with the foals in his field.”

Maximum Security didn’t inspire lofty hopes once he joined trainer Jason Servis at Monmouth last summer either, and he was cataloged for the 2019 Keeneland January Sale. In the meantime, his dam was sold for just $11,000 at Keeneland November, back in foal to New Year’s Day, and exported to Korea.

But a funny thing happened. Maximum Security began to come around in his training at Servis’ winter base at Palm Meadows.

As Glass told Steve Byk on his “At the Races” radio show April 1, the late foal had taken longer, and dealt with a common baby issue, bucked shins, that he got over completely in Florida. Still, expectations remained modest.

Considering the poor produce record of his dam, as well as how stiff the competition is at Gulfstream Park, Glass recommended to start him off in a $16,000 maiden claimer. Servis believed he was a bit better than that level, but Glass thought they could get away with it since he was a homebred. Had he been a fancy sale purchase, another owner or trainer might have claimed him for that price as a bargain-hunting venture. That angle didn’t apply as well to a homebred, thankfully for the Wests.

Maximum Security annihilated his rivals by 9 3/4 lengths in that December 20 maiden claiming event, and his time for 6 1/2 furlongs – 1:16.84 – netted him a solid 94 BRIS Speed figure. This was no claimer, and he wouldn’t be risked for a tag again.

“I’m just chuckling because I know everybody thinks that we’re stupid,” Glass told Byk. “But if they look at all the surrounding circumstances, they’d see why we did what we did.

“Nobody claimed him, we still have him, and boy did we get lucky!

“This (the $16,000 maiden claimer) looked like the obvious choice. Now it looks like we didn’t know what we were doing. Maybe we didn’t, but I’d rather be lucky than good any day!”

Because Maximum Security had competed at that claiming level, he was eligible for “starter” races against similarly easy competition, without being up for a claiming price. Servis took full advantage of that option for his next two outings, and Maximum Security pummeled them again. On January 24, he sped six furlongs in 1:09.93 (good for a 96 Speed rating), and on February 20, he ran off by 18 1/4 lengths in 1:21.72 for seven furlongs (and a 100 BRIS Speed figure).

Next came the acid test in the Florida Derby (G1). How would Maximum Security handle the steep class hike against the leading Derby hopefuls on the circuit, while simultaneously stretching out to 1 1/8 miles? Just fine, as he got away with controlling the moderate pace and drew off by 3 1/2 lengths.

If you’d asked two months ago whether an unbeaten Gary and Mary West runner would line up in Derby 145, the Bob Baffert-trained Game Winner was the obvious answer. Few could have imagined that the champion would lose both of his preps, albeit narrowly in strong efforts, and that the unheralded Maximum Security would wear the undefeated mantle.

Now the Wests arrive at Churchill Downs with a one-two punch, Game Winner as the blueblood Keeneland buy and blue-collar homebred Maximum Security, giving them their best chance in the Derby. Their three previous runners were all well beaten (Rockamundo in 1993, Dollar Bill in 2001, and High Limit in 2005), but arguably the Wests’ top contenders hadn’t made it to the starting gate. Aside from New Year’s Day’s retirement, Buddha was a devastating scratch the day before the 2002 Derby. More recently, West Coast ended up being the champion three-year-old male of 2017, but the late developer was not yet ready to try the Derby.

The Wests deserve every bit of success. Known for their generosity, they fund the Gary and Mary West Foundation to help senior citizens receive health care and other supportive services. Their philanthropy extends from humans to horses too, as Dell Ridge’s Ryan observes.

“They’re great people. They’re not just racing people – they’re horse people,” Ryan said. “They will go the extra mile to make sure their horses are taken care of.

“They’re all about helping and giving and sharing, and that transfers down to the horses on the farm.”

Maximum Security’s repaying them in turn. 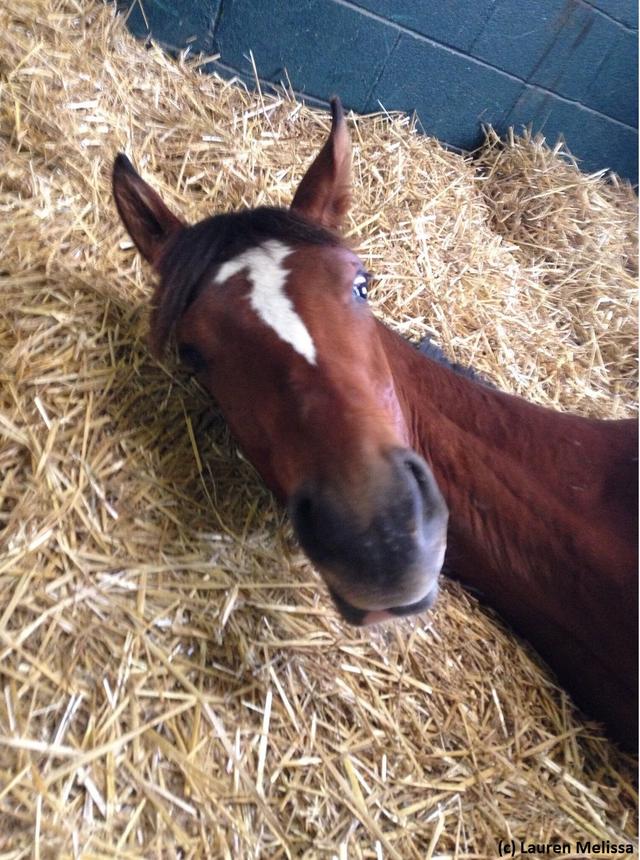