Tales from the Crib: McCraken 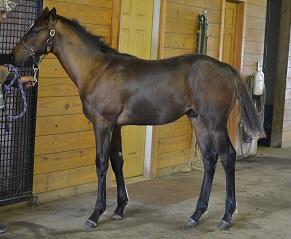 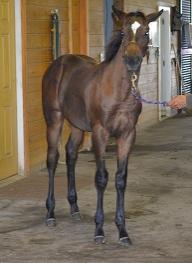 McCraken is the latest talented homebred for Whitham Thoroughbreds, the nom de course of Janis R. Whitham and family.

Whitham bred and raced such standouts as $4.4 million-earner Fort Larned, the 2012 Breeders’ Cup Classic (G1) winner, and millionaire Affluent. Both descended from her Hall of Fame racemare Bayakoa, an Argentine import campaigned by Janis and her late husband, Frank.

McCraken comes from a different Whitham line, a longstanding one that’s been in the family for more than three decades. Frank Whitham purchased Tuesday Evening, McCraken’s great-granddam, for $75,000 when she was just a weanling in 1983.

Tuesday Evening is the ancestress of another Whitham notable, Mea Domina, a Grade 1 winner and Del Mar course record-setter on turf. Mea Domina is a half-sister to Ivory Empress, McCraken’s dam.

Ivory Empress is transmitting her personality to her offspring, according to Denise Dillon, manager of Dr. Steve Conboy’s Maple Lane Farm north of Lexington, Kentucky, where McCraken was foaled and raised.

“Growing up here at Maple Lane Farm, McCraken was a very intelligent colt and was always very interested in what was going on around him,” Dillon recalled.

“He, like all of Ivory Empress’ foals, was very strong and determined.

“If you were going to lead him, you better be ready to go because he didn’t do anything slow – in particular being led. I believe he inherited, learned, this from his dam, as she is still like this today.”

But Ivory Empress has a sweet demeanor that she’s imparted to McCraken too.

“Fortunately I believe he also learned from her to be kind and enjoy being with people,” Dillon noted.

“He was a pleasure to raise here at Maple Lane Farm and accepted and accomplished every task we challenged him with.”

McCraken was similarly willing to please in his early training with Junior Serna at Lambholm South near Ocala, Florida. 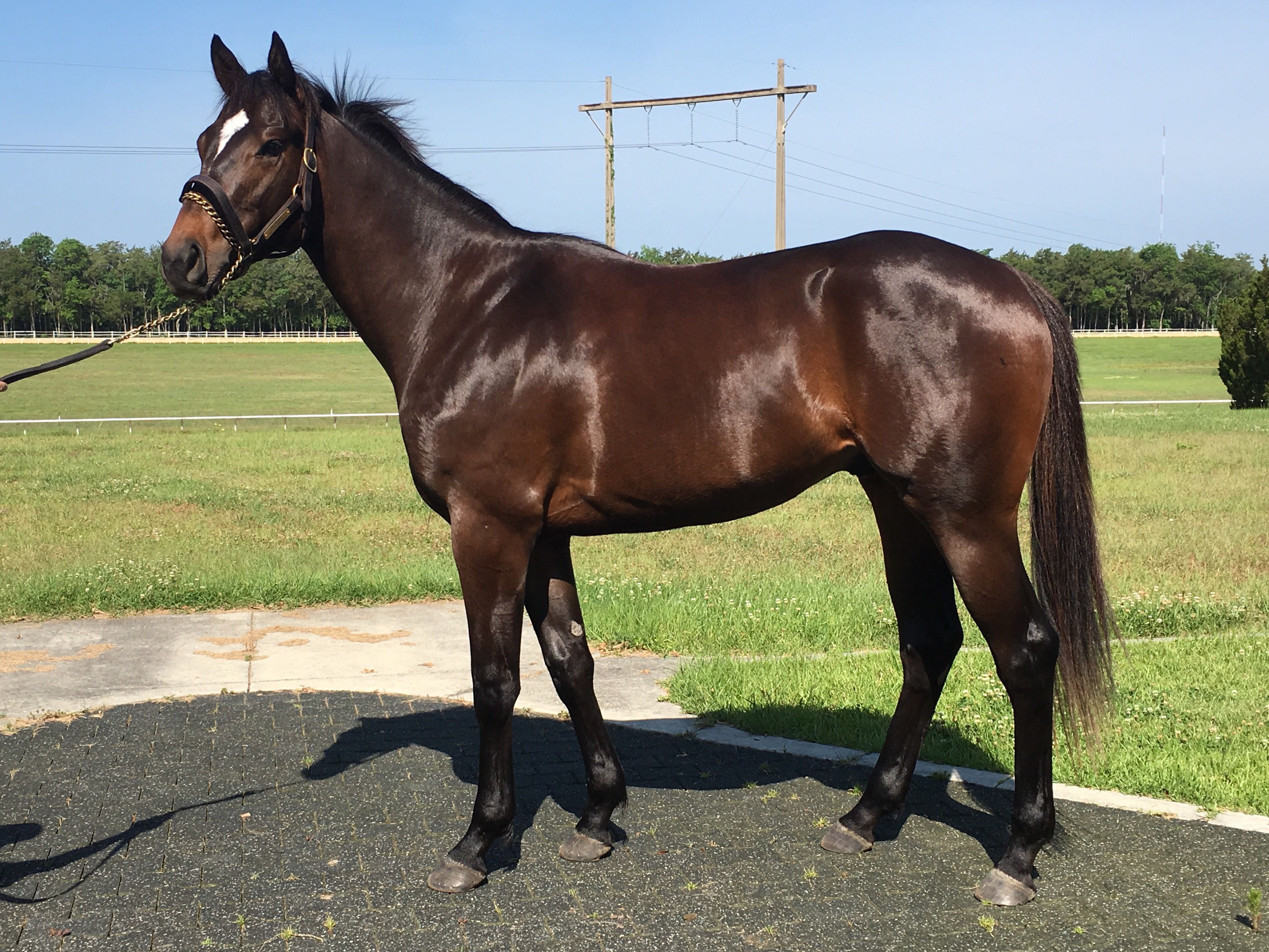 Serna’s roster of former pupils reads like a “Who’s Who.” Hall of Famers Personal Ensign and Azeri, Horse of the Year Saint Liam, and dual champion Slew o’ Gold all learned their lessons from Serna in how to be a racehorse. He’s the first coach, so to speak, for the Whitham homebreds, who traditionally arrive at his academy in September of their yearling year.

At the time, McCraken was just one member of a solid squad of Whitham colts that were all “above average in looks and everything,” Serna recalled. “It was a good group. The whole company kind of agreed it was a good group.

“We didn’t think any more of McCraken than the other ones. Any one of them could jump up and be as good.”

Striking a theme common to horsemen, Serna doesn’t get ahead of himself when evaluating the raw recruits. Only time, and the crucible of racing competition, can separate the best from the rest.

There is one general prerequisite, however, for the good ones – a certain “way of going,” the phrase used to describe a runner’s biomechanics.

“A horse has to have a nice way of going, not a high knee action or jumping up and down,” Serna explained. “Just a good, nice, forward motion, a good, normal stride, and you’ve got a chance with him.”

McCraken met that prerequisite, and continued to meet his benchmarks along the way.

“He was forward and went forward in his training,” Serna said. “Not laid-back or not wanting to do anything.

“He had a good attitude about him, and at that time, that’s all you expect – moving forward and learning his lessons.”

McCraken was a professional sort who “never did anything real unusual or crazy. When we let him pick up his gallops, he was ready to do it.”

These traits are characteristic of the Whitham homebreds.

“They breed a nice horse. They breed to race horses,” Serna said, in contrast to commercial breeders who are most focused upon appealing to the fashions the market demands.

Whitham knows well the ups and downs of the racing business, and how promising young prospects can meet with setbacks.

A case in point is her homebred Mud Route, a highly regarded Derby hopeful back in early 1997. He was knocked off the trail by injury, and later went on to win a couple of major races as an older horse.

“Mrs. Whitham is sharp, knows things happen,” Serna said. “They want to go forward, but if a horse requires time, they’ll go for it.”

McCraken, who graduated from Serna to join trainer Ian Wilkes early last summer, has been fortunate to begin unpacking his potential thus far.

But knowing how many pitfalls line the road to the Kentucky Derby (G1), Serna isn’t getting hopes up just yet. 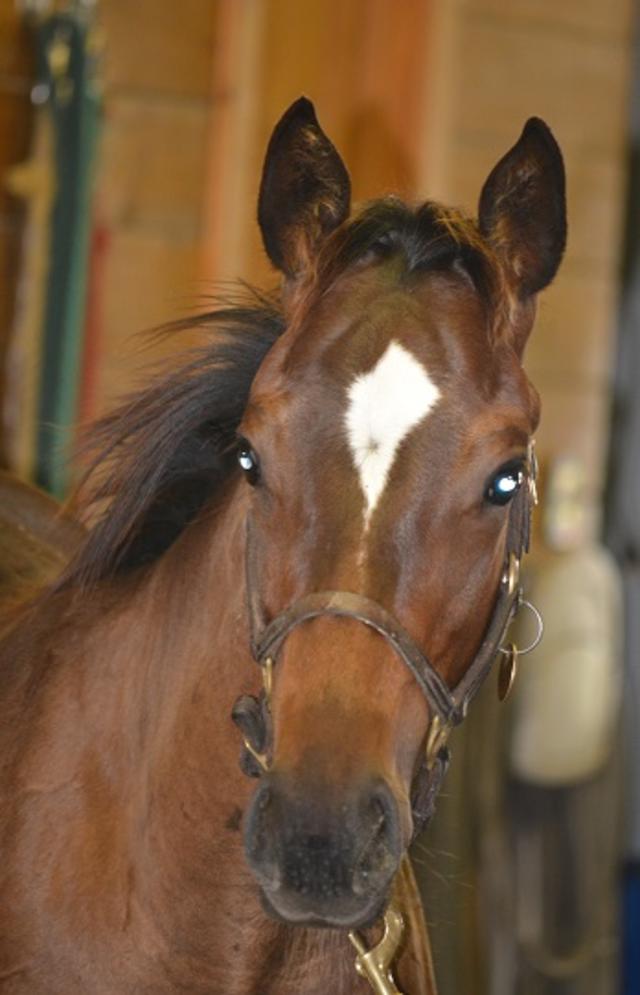