Tales from the Crib: Mohaymen 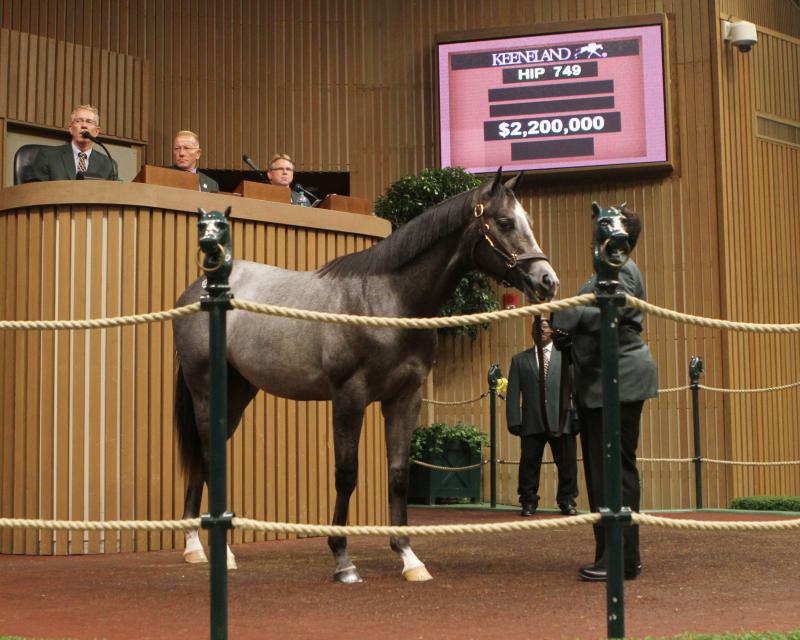 Undefeated Mohaymen, the 6-5 favorite on the morning line for Saturday’s Fountain of Youth (G2), has exuded class from his earliest baby days.

A well-bred son of Tapit out of multiple Grade 2 heroine Justwhistledixie, Mohaymen was a late foal born May 2, 2013. In fact, he was the last foal to arrive at the Cleary brothers’ Clearsky Farms in Kentucky that spring.

But the colt always inspired high hopes. And that wasn’t just because he is a half-brother to 2013 Breeders’ Cup Juvenile (G1) winner New Year’s Day, whose career was ended by injury before he could try the Kentucky Derby (G1) trail. This youngster hinted that he was something special himself.

The team at Clearsky recalled that the gray colt was the proverbial “standout from day one.”  Blessed with the desirable physical qualities of balance, a correct conformation, and an athletic walk, along with a fine mind to match, he was a hot property at the 2014 Keeneland September Yearling Sale. His kind, tranquil temperament helped him to deal with the sales prep, and especially the noise, hustle, and bustle on the sales grounds and the auction ring.

Some yearlings may have a mouthwatering catalog page (which features the pedigree details), but not a terribly prepossessing physique. Others may have the physique, but not the fashionable pedigree.

The cost? $2.2 million – the joint-highest price of the entire two-week sale.

Nichols, who serves as vice president and general manager of Sheikh Hamdan’s Shadwell Farm, said that the yearling purchases are turned out in individual paddocks. When Sheikh Hamdan (Sheikh Mohammed’s brother) is able to come in from Dubai, he visits the yearlings – and as an astute horseman, knows how to size them up.

Sheikh Hamdan has a “very good eye for horses,” Nichols said. “He knows the difference between a good one and a bad one.”

But more than that, Sheikh Hamdan has an “incredible memory” for exactly what an individual horse looks like, even if he’s seen rarely seen him.

“He can recognize a horse that he hasn’t seen in two or three years,” Nichols marveled, adding that it reflects a “way of connecting with the animal” – an intuitive bond, you might say.

So it could be significant that he named this gray colt Mohaymen – “dominant.”

Sheikh Hamdan also decides where to send his yearlings to prepare for their racing careers. With his bloodstock interests spanning the globe, he has choices to make. And he could have earmarked Mohaymen for England.

Indeed, Nichols recalled that there were two Tapit yearlings that year, both ironically bred by Clearsky and bought at Keeneland September. At purchase time, he was quoted as saying that Mohaymen would probably stay here.

But by the time Sheikh Hamdan came to visit, a little later than usual owing to his responsibilities in Dubai, Nichols thought Mohaymen might be shipped abroad.

Mohaymen was the “smaller, medium-framed” type that English horsemen usually prefer. The other Tapit, a bay, was “bigger and stronger,” so Nichols thought that one might stay here.

But Sheikh Hamdan opted to take the bay to England.

“You keep the gray,” he told Nichols.

Thus Mohaymen was dispatched to Kevin Kahkola for breaking and early training in Camden, South Carolina, and then on to trainer Kiaran McLaughlin’s barn in New York.

Meanwhile, whatever happened to the bay Tapit colt? A $1.1 million purchase, he was named Tathqeef. In his only career start so far for Newmarket-based trainer John Gosden, he overcame evident greenness to win well on the Wolverhampton synthetic track last October.

Tathqeef has an early entry in the June 4 Epsom Derby, but he’s also nominated to the March 26 UAE Derby (G2) and the US Triple Crown. No plans have been revealed for him yet. It would be a fantastic story line if he does end up switching to dirt and embarking upon the Kentucky Derby trail – dare we dream of a reunion with his old pal Mohaymen?

Nichols summed up Mohaymen with a tribute any horse would love to earn:

“Always been the perfect gentleman…a model horse his whole life.” 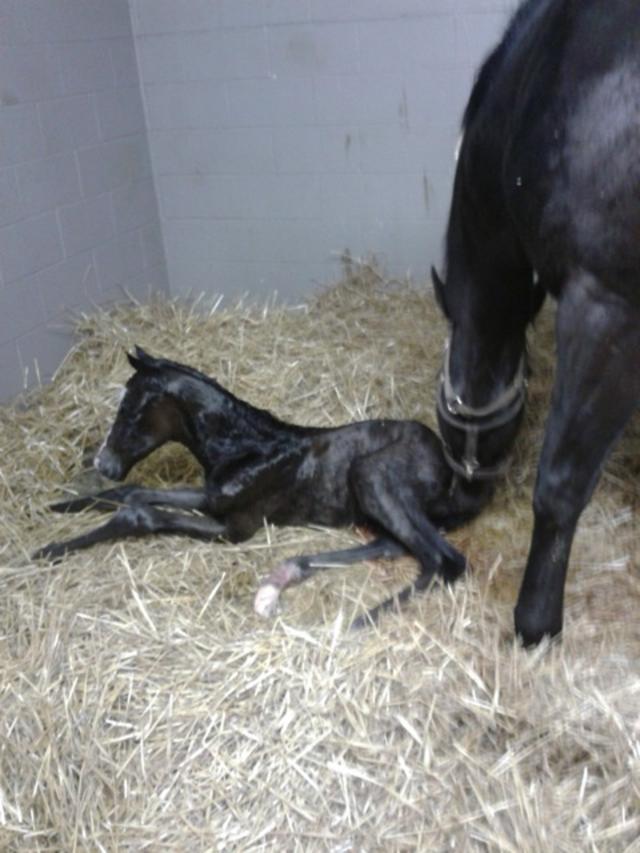