Tales from the Crib: Ny Traffic 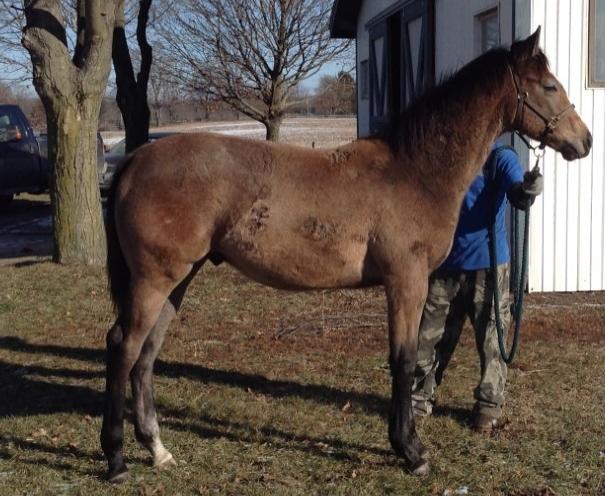 Ny Traffic as a weanling at In Front Training Center near Ghent, New York (Courtesy of Brian Culnan) 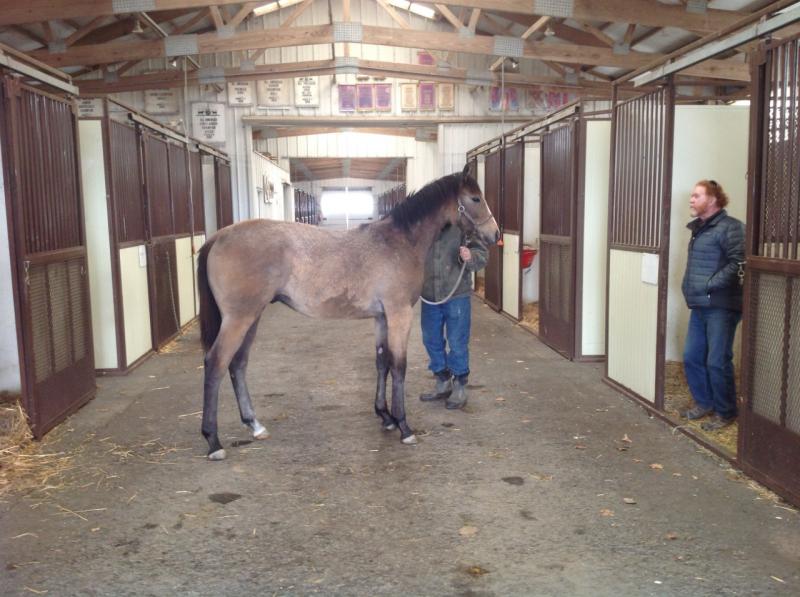 Ny Traffic as a yearling with Gallagher's Stud manager Mallory Mort looking on (Courtesy of Brian Culnan)
Ny Traffic is one of those improbable success stories that fuel hopes and dreams in racing – a colt who’s risen from humble beginnings to become a Kentucky Derby (G1) contender. The “other” New York-bred in Derby 146, Ny Traffic might not have the flair of favorite Tiz the Law, but the battle-hardened gray enters on the upswing.
His existence is at least partly the result of a couple of blessings in disguise, including setbacks that forced the retirements of both his dam and granddam. He’s the first foal produced by Mamie Reilly (pictured with a newborn Ny Traffic below), and Mamie Reilly was herself the first foal from French Song. 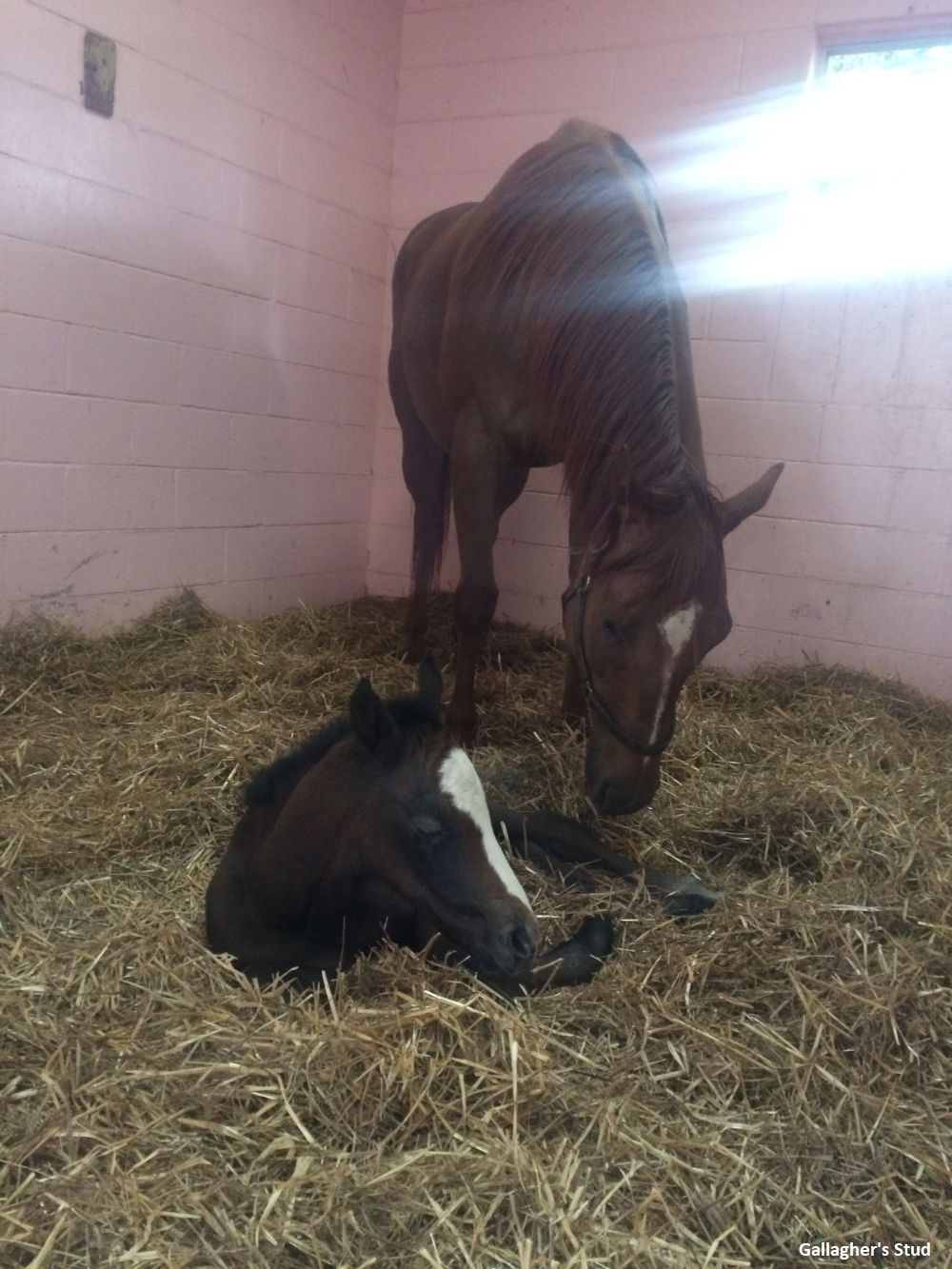 French Song was a daughter of 1999 Breeders’ Cup Mile (G1) hero Silic and Chilean classic queen Quilma, later a multiple graded stakes winner in the United States. Quilma was effective on both turf and dirt, especially at Churchill Downs, where she set a course record on the grass and captured the Louisville Breeders’ Cup (G2) on the main track.

While French Song couldn’t perform up to the level of her parents, she was a hard-knocking type in the claiming ranks in New York. As a newly turned 5-year-old in January 2010, she was claimed for $20,000 by trainer Bruce Brown and Epona Racing Stable.
Epona was the nom de course of Brian Culnan’s racing partnership. The name is a nod to his Irish ancestry since Epona is the Celtic goddess associated with horses.
French Song was fifth in her first start for her new connections, but went on to win back-to-back starter allowances at Aqueduct. Just when French Song was looking like a good investment, she sustained an injury.
“The perils of horse racing,” said Culnan, an Albany, New York, attorney who became a fan of the sport from childhood, through his father and grandfather.
A similar scenario unfolded with Mamie Reilly, French Song’s daughter by Graeme Hall. She was entered in yearling sales at Fasig-Tipton, but withdrawn with a throat issue.
Named in honor of one of the fight songs of Culnan’s Holy Cross alma mater, Mamie Reilly was showing promise in her early training.
“She was a pretty talented filly,” Culnan recalled, but she kept coming up with things that delayed her career debut – “a little bit of this and a little bit of that.”
When Mamie Reilly was finally set to premiere at Saratoga in 2015, her connections were hopeful of a good showing. Then came one of the Spa’s sudden storms, a downpour that delayed post time, and Mamie Reilly was a non-threatening eighth.
“Everything that could go wrong, did go wrong,” Culnan said.
Mamie Reilly made good in her next try at Belmont Park. Despite a troubled start, she rallied from last to prevail by three-quarters of a length.
Unfortunately, that was also the end of her brief racing career, for Mamie Reilly subsequently picked up an injury. Culnan’s partners weren’t as interested in her as a broodmare, so he kept her himself.
Mamie Reilly started her new life by visiting Cross Traffic, the 2013 Whitney Invitational H. (G1) winner, and the resulting foal was born April 29, 2017, at Gallagher’s Stud near Ghent, New York. He was dark at first, but turned out to be gray like his sire and grandsire, Unbridled’s Song.
“Very nice baby,” was how Mallory Mort, the manager of Gallagher’s, sized up the newborn.
By the time the colt was about six weeks old, Mort’s notation was “attractive, good leg, good size, correct for age.”
Culnan named the youngster Linden Lane, an extension of the Holy Cross theme. The reference to the iconic campus entrance is especially fitting for a son of Cross Traffic. 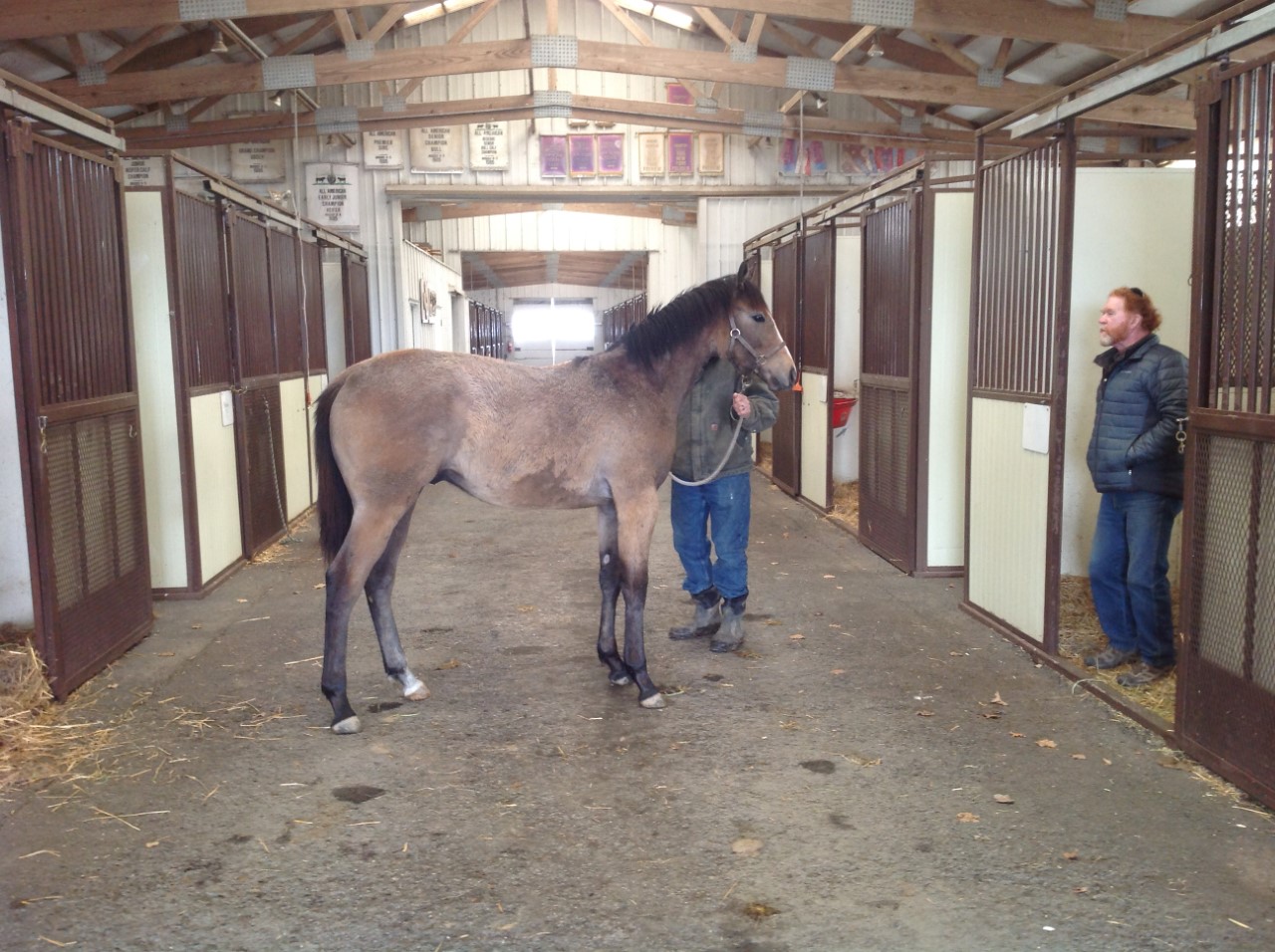 Linden Lane spent time in Virginia as a yearling before venturing to Lynwood Stable in Florida for his early training. That’s the same Recio family prep school where Derby rival King Guillermo learned the ropes.
“Really laid back, very immature type of horse,” Gene Recio said of Linden Lane. “He was very sound, an easy keeper” who never had any kind of problem through the whole process.
But his physical immaturity was viewed as a negative when Linden Lane was presented at Fasig-Tipon Midlantic’s 2-year-olds in training sale. Consigned by Top Line Sales, as agent, the gray worked a furlong at the under tack show in :10 4/5.
Linden Lane didn’t attract much bidding, and he was led out unsold for $27,000. John Fanelli then stepped in to buy him privately, upon advice from trainer Harold Wyner that the colt would strengthen in time.
Renamed Ny Traffic, he won one of four starts as a juvenile for Parx-based Wyner. Fanelli wanted to give him an opportunity at Gulfstream Park over the winter, and accordingly transferred him to Saffie Joseph. New co-owners signed on around the same time – Cash Is King (of Afleet Alex fame) and LC Racing, who are also partners in 2020 Kentucky Oaks (G1) contender Project Whiskey. After Ny Traffic romped in his Florida debut, he added another partner in Paul Braverman.
Ny Traffic has continued to improve throughout the Derby trail. In his latest in the July 18 Haskell (G1), he was gaining fast on favored Authentic, and came up a nose shy.
Recio was thrilled that his former pupil showed such fight. Ny Traffic looked beaten at the top of the Monmouth stretch but knuckled down determinedly and almost sprang the upset.
“He’s an overachiever. I’m very, very proud of him,” Recio said. “He had to show what’s inside of him. He ran a half-mile, with ears pinned back. Never quit. Lot of heart.
“He really laid it down, and you can’t teach that.”
For Culnan, “with a broodmare band of two,” it was incredible just to have bred a Haskell runner, competing against horses bred by the likes of Peter Blum (Authentic), Alexander-Groves, and Calumet Farm.
“It was like that game of Sesame Street – ‘which one doesn’t belong,’” Culnan self-effacingly quipped.
The only bittersweet element to Ny Traffic’s emergence is that Mamie Reilly is no longer here to receive the accolades. She had colic about a week after producing her second foal in the spring of 2018. Initially recovering, Mamie Reilly unfortunately had another bout of colic, and she could not be saved.
“She had talent but was fragile, so we hoped she’d pass on her talent without her fragility,” Culnan said.
Mamie Reilly fulfilled that hope in Ny Traffic, who has thrived with his racing. Added distance, and the extra time with the Derby’s postponement to September, have also been key.
“Everybody thought that he’d be better when he stretched out,” Culnan said, and the same view applies to Mamie Reilly’s other foal.
Culnan kept that last colt, now a 2-year-old on the Belmont worktab for trainer Chris Englehart. Called Purple Hearted, he sports just the right name that combines sire Normandy Invasion and the Holy Cross color.
Ny Traffic is a tough act for Purple Hearted to follow. As he heads to the Derby with 110 points, fifth on the leaderboard behind fellow New Yorker Tiz the Law, he gives their home state an additional chance.
“Up here in the Empire State, they’re rooting for a New York-bred exacta,” Culnan said. “Everybody wants me to run second!” 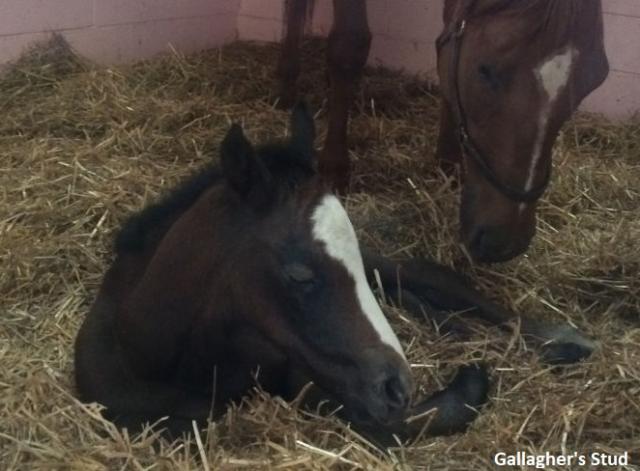