Tales from the Crib: Uncle Chuck 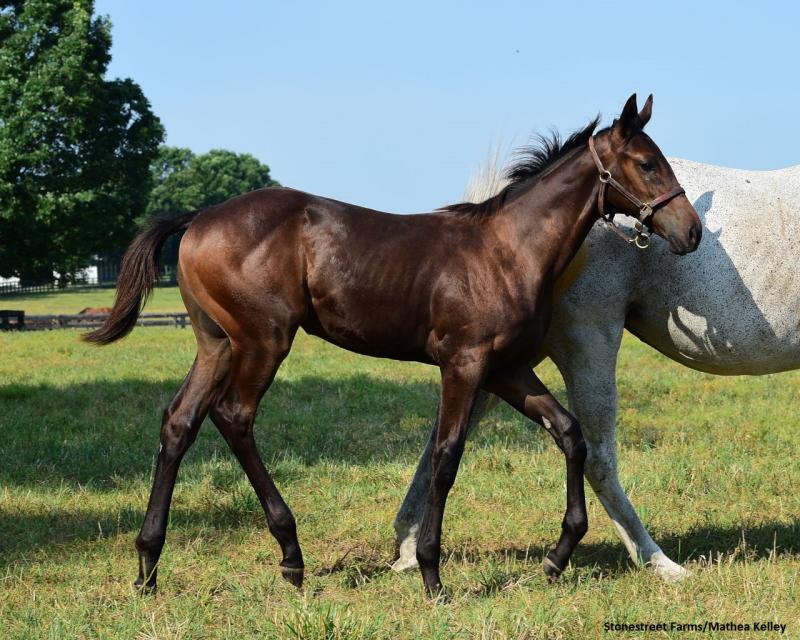 A late-developing Bob Baffert youngster rockets into the Kentucky Derby (G1) picture in the nick of time. That story line has become familiar since Justify’s incredible Triple Crown run in 2018, but Uncle Chuck is taking it to new extremes.

Indeed, it took the unprecedented circumstances of the COVID-19 pandemic, delaying the Derby to the first Saturday in September, to make it possible. Otherwise Uncle Chuck would never have made it onto the trail for the traditional first Saturday in May.
Time has been a blessing to the well-bred son of Uncle Mo and Grade 2-winning sprinter Forest Music from the beginning.
Bred and raised at Barbara Banke’s Stonestreet Farms - the home of Hall of Famer Rachel Alexandra - the dark bay was foaled on March 22, 2017, and soon revealed a pleasing personality. Laid-back and easy to get along with, he was also large and leggy, which made him look a little awkward in babyhood. But he began to assume the right proportions as he grew into a “serious” yearling. 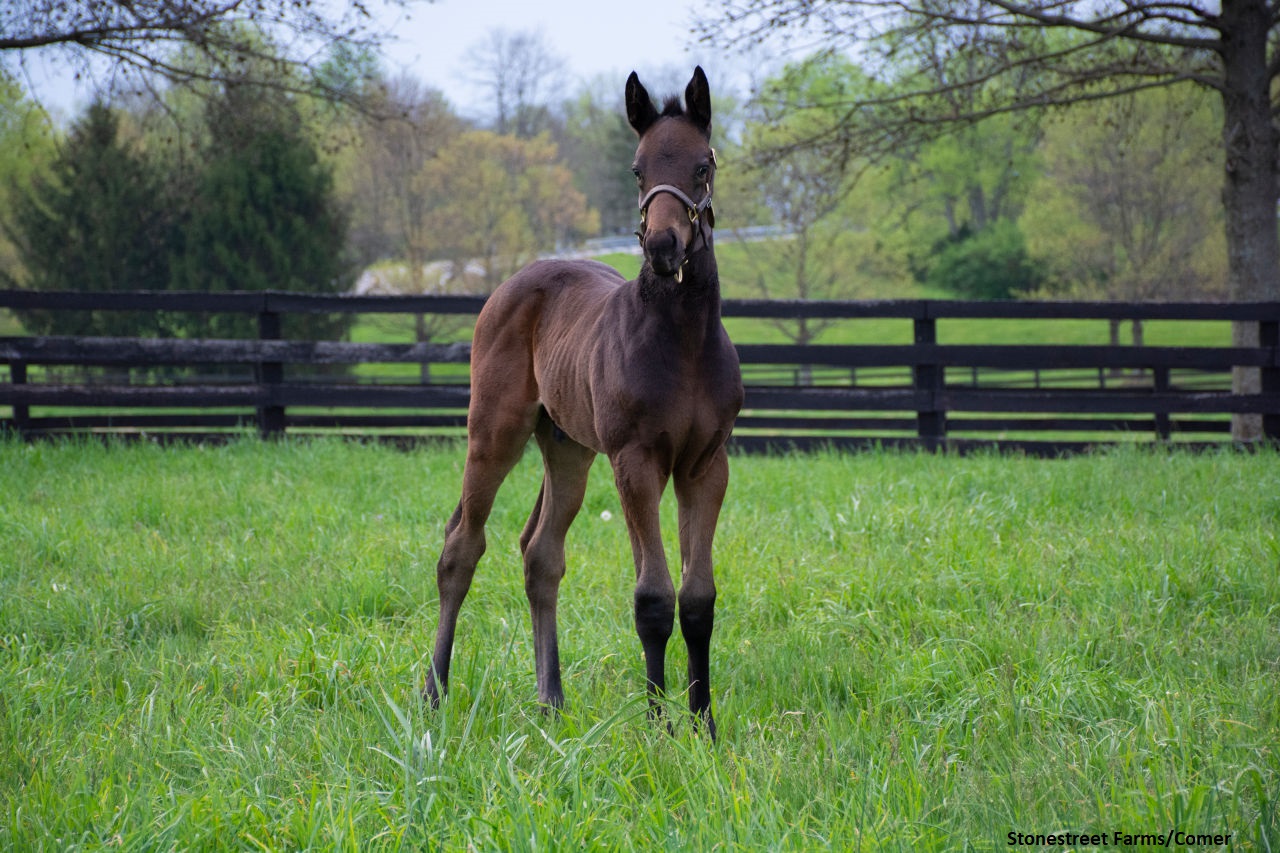 The colt caught Baffert’s eye at the 2018 Keeneland September Yearling Sale, where he was consigned by Francis and Barbara Vanlangendonck’s Summerfield. Also part of their same consignment for Stonestreet was Kentucky Oaks (G1) threat Gamine, who ultimately joined Baffert herself (and runs Saturday as the heavy favorite in the Test [G1]).

Summerfield’s Andrew Vanlangendonck recalled Uncle Chuck and Gamine both as a credit to the way Stonestreet raises youngsters:

“He was a horse that had a very ‘forward’ personality. Some horses come to the sales and they do not handle it very well. The sounds, smells and sights can sometimes be a little overwhelming for these young horses. Uncle Chuck was not one of those; he always wanted to be out of his stall and exploring. Of course this can also be attributed to Stonestreet and their amazing staff – not many places are able to prep horses like they can. Gamine also showed the same qualities as Uncle Chuck, so it’s a safe assumption that their program for raising racehorses is incredible.

“Luckily for us, Uncle Chuck’s pedigree and conformation allowed for him to get out a lot. Lots of people liked him but none more than Baffert. When Uncle Chuck entered the back ring at Keeneland, Baffert greeted him. He was analyzed, critiqued and judged by Bob himself from the moment Uncle Chuck walked into the back ring until he went into the sales ring.”

The Hall of Fame trainer’s longtime associates Mike Pegram, Karl Watson, and Paul Weitman purchased the Uncle Mo colt for $250,000, as the “Three Amigos.” They would eventually settle on the name Uncle Chuck.
As Baffert described during the Aug. 4 NTRA teleconference, he decided to go slowly with the colt. His sheer size and physique, as a “big, tall-framed horse,” indicated that a patient strategy was best:
“When we bought him, he was a big, tall, lanky horse – didn’t look like your typical Uncle Mo. And so, when we sent him to the farm, I just told Barry Eisaman, who breaks most of my horses for me, I just told him take your time with him. Don’t get in a rush; I’m not going to run him as a 2-year-old. He’s a big, tall, lanky horse. And Barry’s good about that…
“We just let him grow into himself – same thing as what happened with Arrogate.”
It’s significant that Baffert voluntarily offered the comparison with champion Arrogate, who didn’t break his maiden until June of his sophomore year, made a sensational stakes debut when breaking the track record in the 2016 Travers (G1), and then toppled California Chrome in the Breeders’ Cup Classic (G1).
Uncle Chuck has a little less experience than Arrogate at the same stage, with just two starts under his belt going into Saturday’s Travers (where he will meet another Eisaman grad, Max Player). But he won both impressively, his June 12 unveiling at Santa Anita and the July 4 Los Alamitos Derby (G3). And with the Travers being a springboard to the Kentucky Derby this year, Uncle Chuck could clinch an opportunity at the roses that Arrogate didn’t have.
It wouldn’t have been a surprise that Uncle Chuck needed time judging by his dam's side. Although sire Uncle Mo was a champion juvenile, Forest Music reached her peak with maturity. 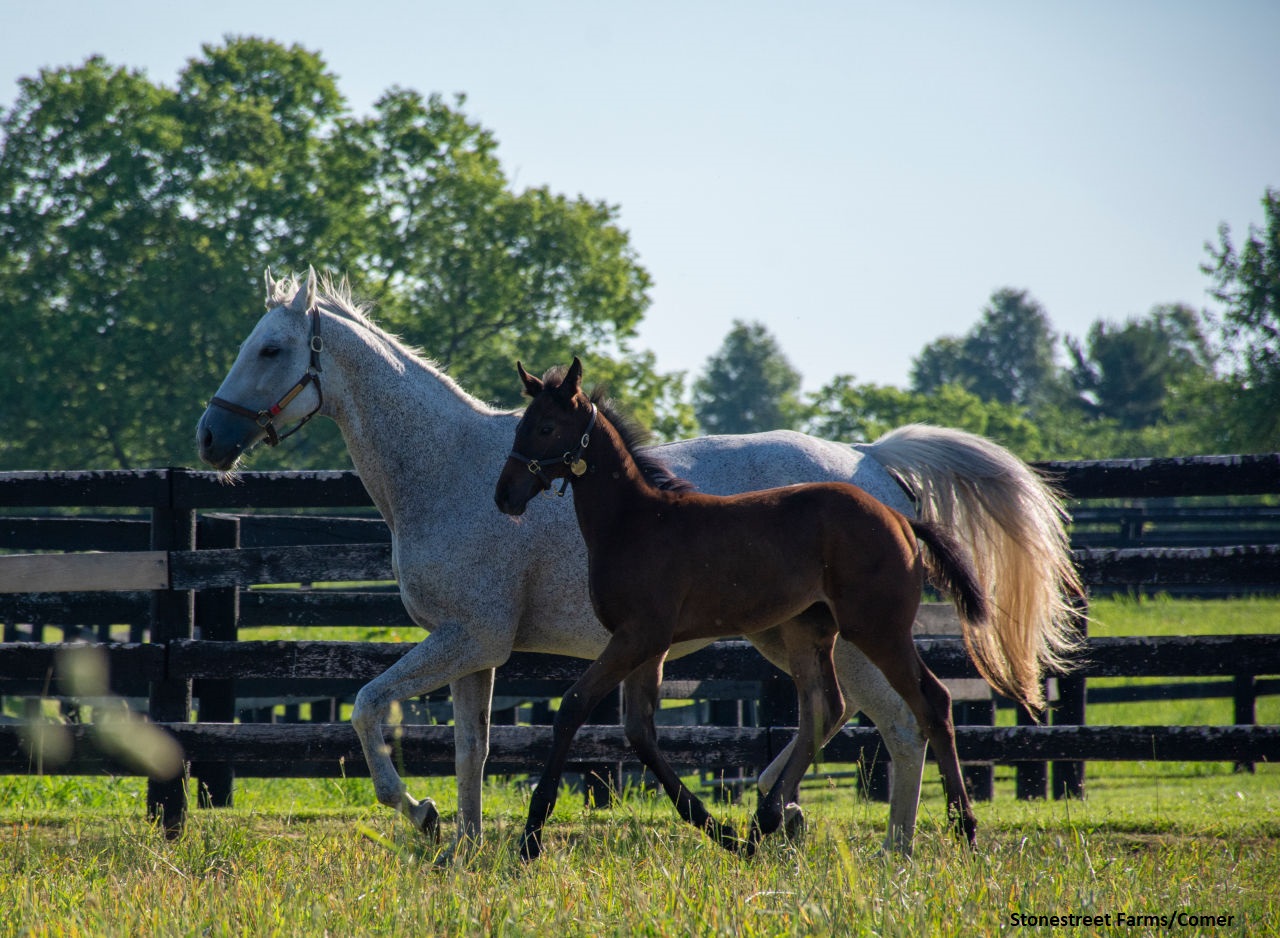 As a 3-year-old, Forest Music captured the 2004 Miss Preakness (G3) and placed in both the Prioress (G1) and Test. Stonetreet Stables privately acquired her as a 4-year-old, prior to her biggest victory in the 2005 Honorable Miss H. (G2). She retired with $370,566 in earnings, having won or placed in a total of 11 stakes.
A daughter of the outstanding Unbridled’s Song (sire of Arrogate), Forest Music traces through her maternal line to the prolific producer Lady Be Good, ancestress of the likes of Wavering Monarch, Goodbye Halo, and 2005 Epsom Derby (G1) hero Motivator. Her bloodlines made her a fine broodmare prospect, and she has more than lived up to them.
Forest Music’s first registered foal, Maclean’s Music (by Distorted Humor), made only one start, but that was enough to display unusual ability. Unveiled in a 6-furlong maiden at Santa Anita in March 2011, the Stonestreet homebred ran his rivals off their feet in a blistering time of 1:07.44. Maclean’s Music thereby earned a chance at stud, siring 2017 Preakness (G1) winner Cloud Computing and 2018 Champagne (G1) scorer Complexity.
Forest Music’s next runner, Kentuckian (by Hall of Famer Tiznow), likewise romped in his first outing as a March 3-year-old in 2015. He competed in a few stakes, notably dominating the Lazaro Barrera (G3) and placing third in the Los Alamitos Derby in his only two-turn attempt.
When Forest Music visited Stonestreet’s Hall of Famer Curlin, she produced the filly Electric Forest, who renewed the pattern of lightly-raced talent. She too won at first asking as a spring sophomore, at Keeneland in April 2018, and the following season at the same venue, the homebred enhanced her resume by landing the Doubledogdare (G3). But that marked her fifth and final start.
The speedy profile of Forest Music, combined with the precocity of Uncle Mo, might have yielded a horse with distance limitations. But Uncle Chuck has the stamp of a router all over – which was why Baffert was drawn to him.
“You know, that’s one of the reasons I bought him,” he said during the NTRA teleconference, “because when I saw him, I see he’s Uncle Mo and it’s all speed. The mare was a really fast mare, but if you look at him, he just doesn’t look it. You know, it’s just like Arrogate…he was by Unbridled’s Song and he looked totally different…so he’s got this body of a two-turn horse, and I really didn’t want to sprint him.”
When Baffert sent him to Eisaman Equine near Ocala for his early schooling, he was following a path he’d taken with a number of his other major performers over the years, including McKinzie and champion sprinter Drefong.
“We’re very good friends, and we have a very trusting relationship,” Eisaman said of his long history with Baffert.
Youngsters, especially the bigger types, can have hiccups along the way as they grow into their frame, so it was only natural for Uncle Chuck to experience a few baby issues.
“He had various little physical things from time to time,” Eisaman said, adding that it was nothing serious, just a case of a big colt who needed the patient approach. The goal was not to push him, but “keep him healthy and get him on to the next level of development.”
That next level would come in training at the racetrack, but not before Eisaman pronounced him ready to graduate from his academy. By November, Uncle Chuck showed that it was time. Among the last 2-year-olds to leave Eisaman in the fall of 2019, he shipped to Baffert’s assistant at Los Alamitos, Mike Marlow, and recorded his first official work in mid-December.
“Once he matured, toughened, and hardened, he got quite good,” Eisaman said, noting that he “really started to stand out” once working over a longer distance for Marlow.
Uncle Chuck’s most distinguishing characteristic is his stride.
“He has such a long stride, he’s deceiving how fast he’s going,” Eisaman observed. “It looks like he’s not particularly trying, but he’s running away from horses who are trying. Uncannily long stride.”
Meanwhile, as Uncle Chuck was preparing for his career debut, stablemates like Nadal and Charlatan (himself a Stonestreet-bred) were starring on the Road to the Kentucky Derby. The postponement worked against them, for Nadal has since been retired and Charlatan is sidelined, but Uncle Chuck has seamlessly picked up the baton.
Before Uncle Chuck can try to emulate Justify as an unraced juvenile going on to win the Kentucky Derby, he’ll aim to reinforce his parallel with Arrogate in the Travers. Just a couple of months ago, few would have imagined such comparisons, but that’s the wild Triple Crown trail of 2020. 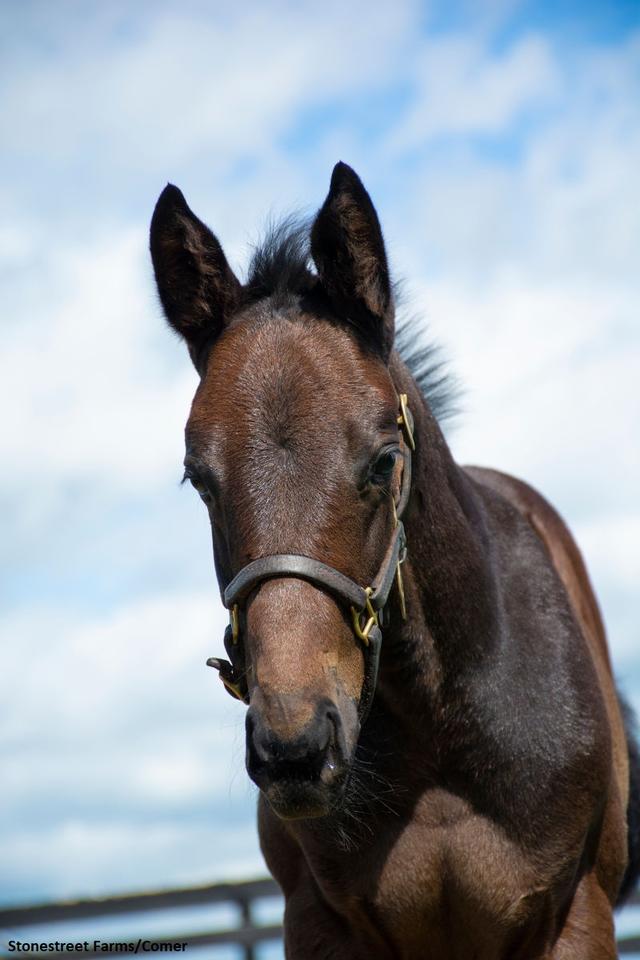