Tales from the Crib: War of Will 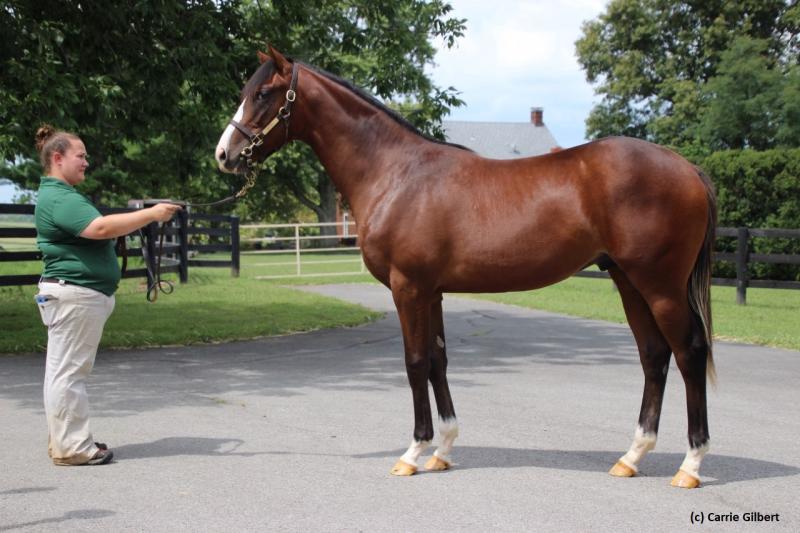 In War of Will’s case, “WOW” isn’t just an acronym. His longtime nickname around the Mark Casse barn, “WOW” could also sum up his life’s plot twists.

Although War of Will is a handsome colt with a glorious pedigree, few would have predicted his emergence as a Kentucky Derby (G1) contender. That’s because he was expected to be a turf specialist, not one to excel on dirt. Indeed, his future appeared to lie in Europe.

War of Will was bred by a powerhouse on the international racing and breeding scene, the Niarchos Family’s Flaxman Holdings Limited. As a measure just of their stateside success, Niarchos homebreds have won seven Breeders’ Cup events. Six of those victories came in the Breeders’ Cup Mile (G1), two courtesy of Hall of Famer Miesque who romped in 1987 and 1988. In 2014, Main Sequence added the 1 1/2-mile Turf (G1) to the portfolio.

War of Will’s dam, Visions of Clarity, is a half-sister to the Niarchos Family’s 1997 Breeders’ Cup Mile hero, Spinning World. The two are very closely related. Not only were they both produced by the classy mare Imperfect Circle, but their respective sires were themselves close relatives. Spinning World is by Nureyev, and Visions of Clarity is by Sadler’s Wells.

Both were trained in France, years apart, by Jonathan Pease. Spinning World was much more accomplished on the racecourse. A classic winner, and Irish and French champion, he compiled four European Group 1 titles before his Breeders’ Cup coup in record-equaling time at old Hollywood Park.


Visions of Clarity scored her signature win in the 2003 Prix de Bagatelle going a mile at Maisons-Laffitte. In a couple of her losses, she finished behind Etoile Montante, now the granddam of 2019 Derby hopeful Hidden Scroll.

As a broodmare, however, Visions of Clarity has made her mark. She produced Pathfork, Ireland’s champion two-year-old colt of 2010, as well as multiple stakes winner Tacticus. Although Tacticus won well on dirt, his surface preference could be explained by his sire, A.P. Indy.


Thus when Visions of Clarity returned to a generally turf-oriented sire in War Front, her resulting foal, War of Will, figured to take after the rest of the family. He was born and raised at the Oak Tree division of Lane’s End, home to the Kentucky-based Niarchos mares.

Oak Tree Manager Callan Strouss describes the April 17-foaled bay as the kind who did everything right from day one.

“One of those that nothing ever went wrong,” Strouss recalled, adding that he not only had a model babyhood, but also brought an amenable approach to his tasks.

“He was very eager to please. Everything he did, he did pretty willingly.” 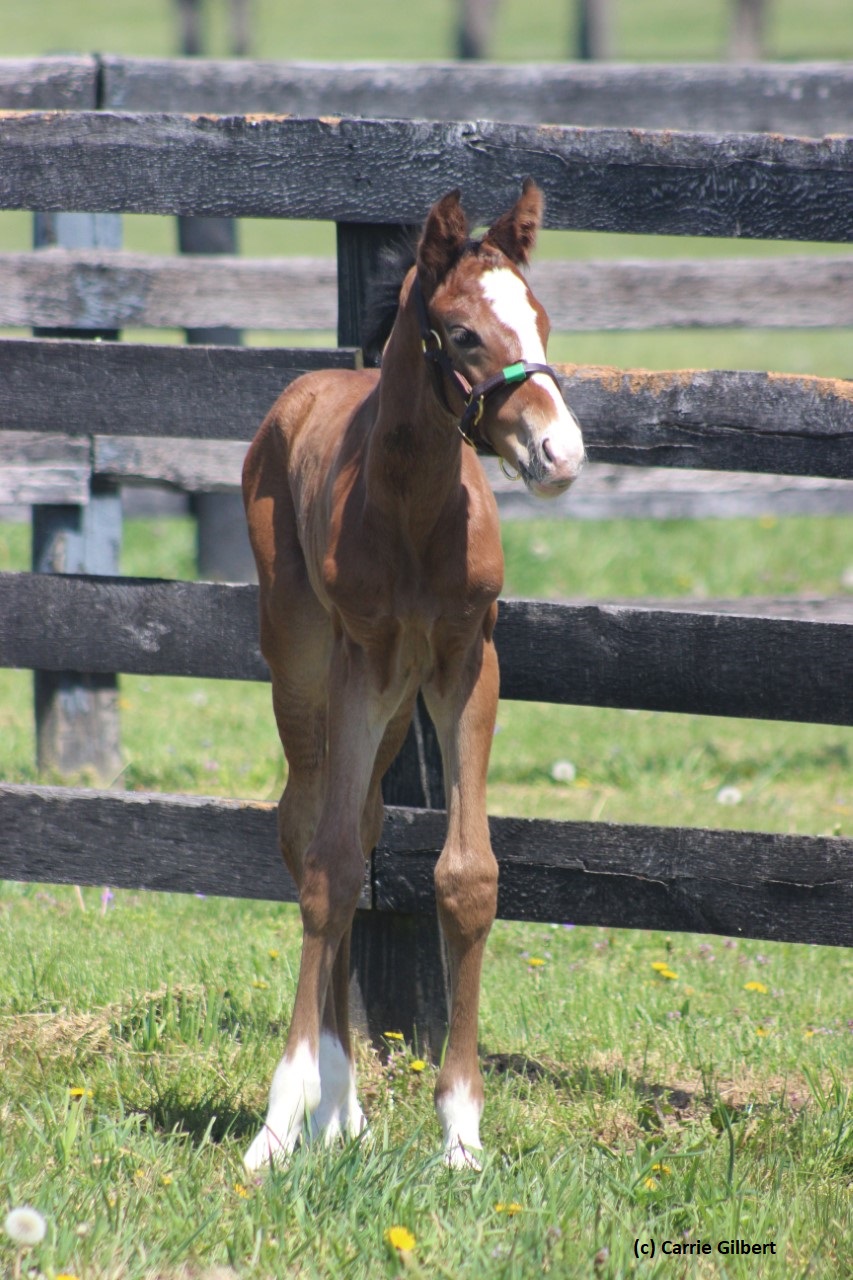 Aside from his good nature, the colt was also quite a looker. The promising foal grew into a beautiful yearling, all the while continuing to create a favorable impression among the Lane’s End team.

“He was always well thought of by all of our group,” Strouss summed up.

The striking blueblood was consigned under the Lane’s End banner at the Keeneland September Yearling Sale, and you would think that he would have brought a price commensurate with his profile. Instead, he’s a case in point of how sometimes good prospects can fall through the cracks.

Touring the ring as Hip No. 109 during the super-elite Book 1, which consisted of a single session that year, he did not attract a bid above $175,000. Since it was below his reserve price set by the seller, he was led out unsold.

That’s when Norman Williamson, a retired Irish jumps jockey turned consignor, spotted an opportunity. If a War Front half-brother to Pathfork didn’t stand out in the fiercely competitive Book 1 at Keeneland, he presumably had a better chance of getting noticed at a European sale.

Among the premier riders for two decades until injury ended his career, Williamson picked up the nickname “Stormin’ Norman” as an allusion to Gen. Norman Schwarzkopf. He also married into a prominent racing clan: his wife, Janet, is of the Hyde family of Camas Park Stud. Her brother, Tim Hyde Jr., bred 2016 Kentucky Derby champion Nyquist .

Williamson purchased the yet-unnamed yearling privately from the Niarchos Family and shipped him to his base in Ireland, where he would receive his early education. The plan was to offer him at a two-year-olds in training sale, called a “breeze-up” in Europe, in the spring.

Ironically, Williamson’s establishment in Athboy, County Meath, is called Oak Tree Farm. The War Front-Visions of Clarity colt went from one Oak Tree, in the Bluegrass, to another across the pond. 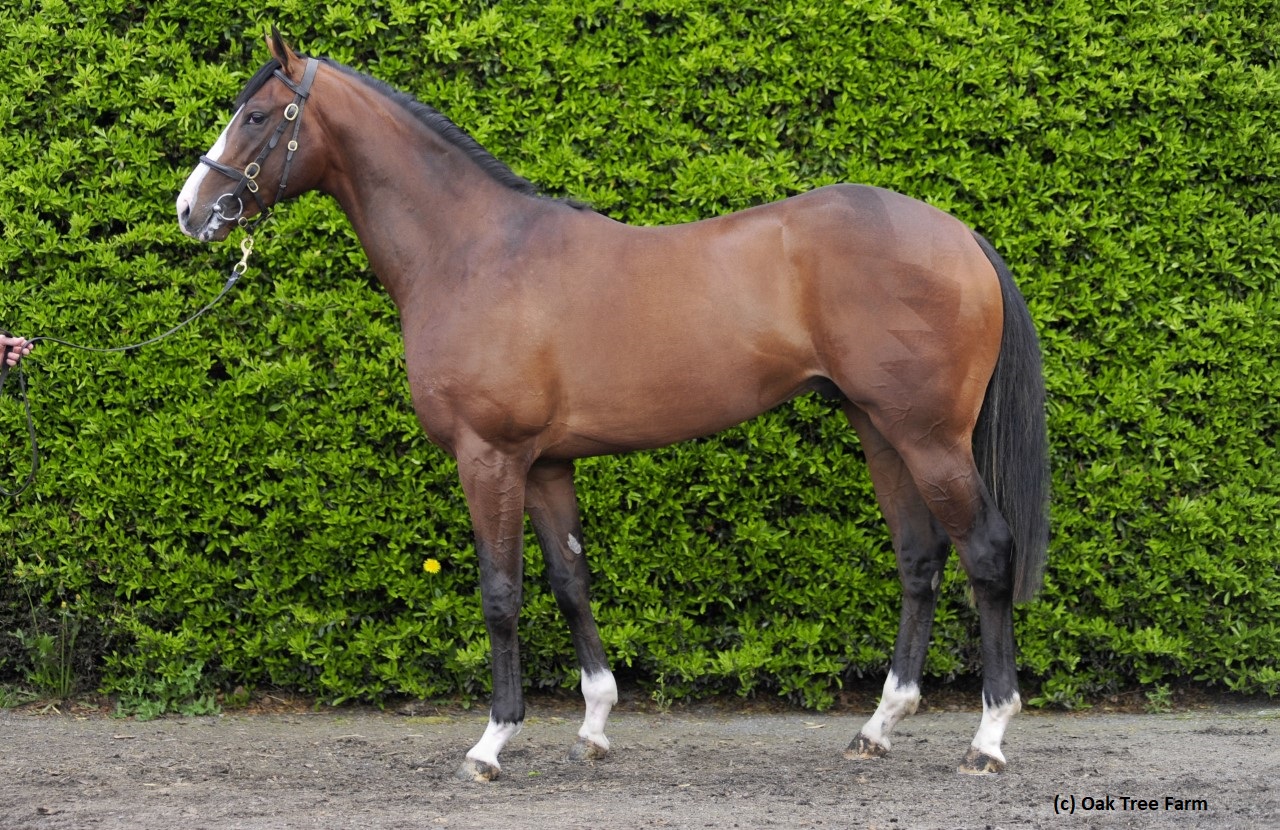 The initial idea was to sell at the Tattersalls Craven Breeze-Up in April, and he was accordingly cataloged as Hip 63. But he ended up being withdrawn from that sale in Newmarket – another twist of fate that would have a bearing on his future.

Instead, the juvenile was rerouted to France, an addition to the breeze-up sale at Arqana in May, and strode out well on the Deauville turf . That’s where he caught the eye of bloodstock agent Justin Casse, trainer Mark’s brother.

Now the colt did spark more interest in the sales pavilion. Justin had to go to €250,000 (about $298,625) to buy him on behalf of owner Gary Barber, and he was repatriated to the United States.

Named War of Will, he logically began his career on turf, only to perform well without winning. A switch to dirt, however, proved transformational. War of Will crushed a Churchill Downs maiden in a time almost as fast the more competitive finish of the Kentucky Jockey Club (G2) on the same card, and similarly stamped his class on the Lecomte (G3) and Risen Star (G2) at Fair Grounds.

In this respect, War of Will provides a distant echo of another maternal relative, Aldebaran. A Kentucky homebred who continued to race for the Niarchos Family, Aldebaran was a useful turf horse in Europe, but he reached a new level on the American dirt as the champion sprinter of 2003.

War of Will may turn out to be of championship caliber himself. In any event, he’s the latest star to arise from the Niarchos enclave at Oak Tree. Strouss expressed the thoughts of those who knew him as the colt who did everything right:

“We’re sure rooting for him.”

Foal and yearling by Carrie Gilbert of Flaxman Holdings