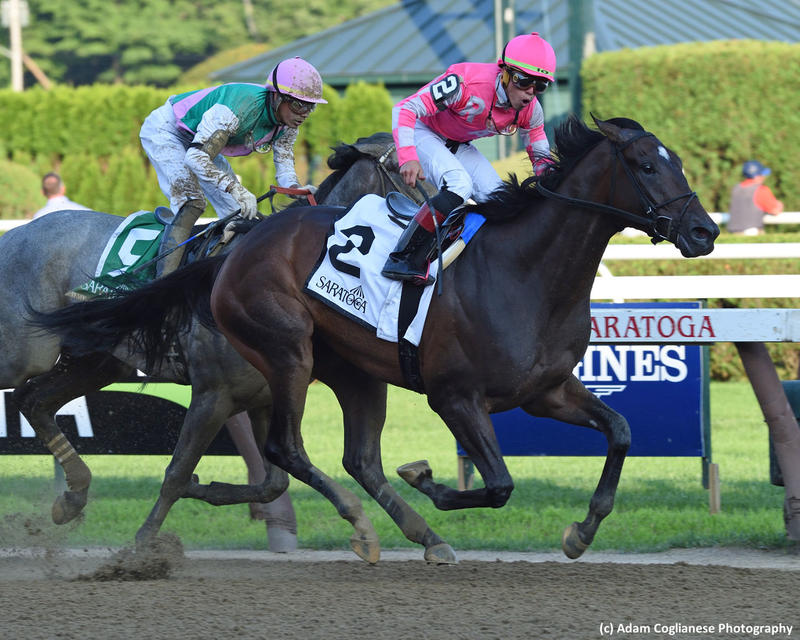 Tax held off an unlucky but game Tacitus to claim top honors Saturday in the $600,000 Jim Dandy (G2) at Saratoga, a prep for next month's prestigious Travers (G1) over the same track.

Ridden by Irad Ortiz Jr., Tax was sent to the front early in the 1 1/8-mile race, but conceded the lead to Preakness (G1) winner War of Will approaching the quarter-mile call. Tax continued to sit second until re-taking the lead from that rival near the quarter pole.

In deep stretch, Tax's main challenge would come from 8-5 favorite Tacitus, who endured a disastrous start when stumbling a stride out of the gate and trailing the field early. Making an inside bid into contention approaching the far turn, Tacitus continued to cut into the lead in the final quarter-mile but could not catch Tax, who won by three quarters of a length. Tacitus was 3 3/4 lengths clear of Global Campaign, who was followed by Laughing Fox, War of Will, and Mihos.

Owned by R. A. Hill Stable, Reeves Thoroughbred Racing, Hugh Lynch, and Corms Racing Stable, Tax paid $11 after completing one lap of Saratoga in 1:49.28 on a fast track. Danny Gargan trains the winner.

"Hopefully if he comes out of this well, we're in the Travers," Gargan said. "I think he likes this track and he likes it here, so that's something we're pushing towards and hoping we make."

This was the second stakes win for Tax, who landed the Withers (G3) at Aqueduct back in February. He had previously run third in the Remsen (G2) in his first start after being claimed for $50,000 from a maiden victory at Keeneland.

Following the Withers, Tax finished second to Tacitus in the Wood Memorial (G2) and then was elevated from 15th to 14th in the Kentucky Derby (G1) when not appearing to handle the sloppy conditions. He fared better in the Belmont S. (G1), finishing fourth and beaten less than three lengths by Sir Winston. His record now stands at 8-3-2-1, $756,300.

"We glued his shoes and changed a few things that we were doing with him and he just looks bigger, stronger and training more aggressive," Gargan said. "He's four or five lengths better than he was going into any of his races, and it worked out today."

Bred in Kentucky by Claiborne Farm and Adele Dilschneider, who lost Tax via the $50,000 claim, Tax is by Arch and out of Toll, by Giant's Causeway. This female family has also produced current Grade 1 star Elate. The gelding's fourth dam was Broodmare of the Year Glowing Tribute, who reared the recently deceased 1993 Kentucky Derby winner Sea Hero. 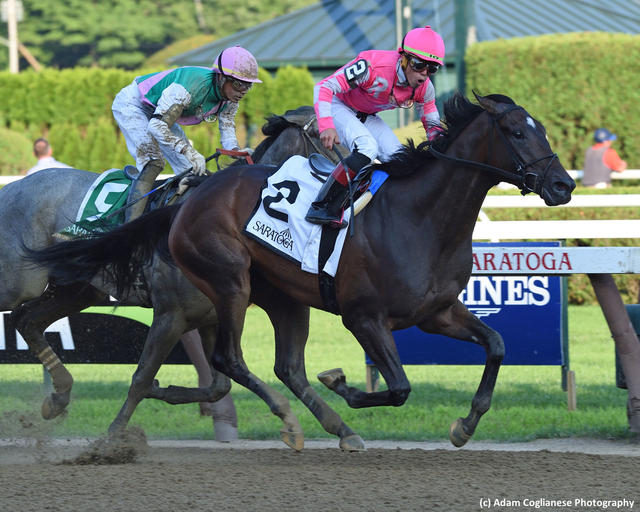