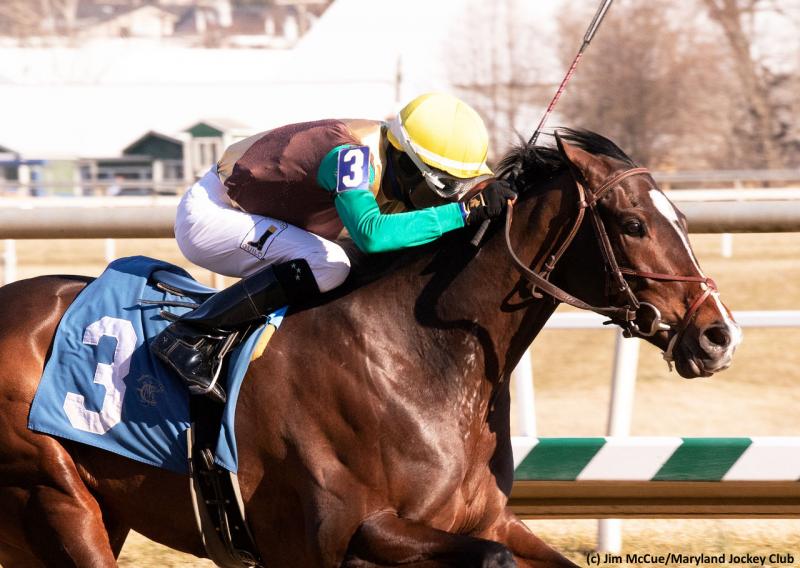 A compact field of six will go postward in Saturday’s $125,000 Federico Tesio Stakes at Laurel Park. The feature is one of seven stakes events on the card and it offers a “Win & You’re In” incentive to the Preakness Stakes (G1) at Pimlico on May 18.

The red-hot Alwaysmining is clearly the one to beat and will be bet accordingly for conditioner Kelly Rubley. The son of Stay Thirsty has made huge strides since arriving in this barn and owns five wins in succession, including four straight against stakes foes.

In the Private Terms Stakes most recently on March 16, Alwaysmining took command early and led at every call in what might have been his best effort to date. He has improved his BRIS Speed figure in every outing since August, and the Maryland-bred continues to train well this campaign as well.

Alwaysmining has gone wire-to-wire in each of the races during his current streak, and he figures to do the same while punching his ticket to the second leg of the Triple Crown under regular pilot Daniel Centeno.

The value of the race is to find who will be runner-up in the Tesio, and I like Dixie Drawl to finish off the exacta in this spot.

Trained by Hamilton Smith, the lightly raced son of Done Talking was no match for the favorite in the Private Terms last time out when a distant fourth. However, I expect a big step forward from the gelding on this occasion.

Dixie Drawl was a sharp maiden winner on the course two back when finishing swiftly in a one-mile maiden special weight event. The South Carolina-bred gelding broke slowly and was never involved in his stakes debut, though he did run evenly on an oval that carried speed well on the day.

The dark bay has trained forwardly in the interim, and he gives the impression of a horse who will appreciate the added ground on Saturday. I expect pilot Victor Carrasco to take the sophomore back early and to rally into a healthy pace in the stretch.

The Federico Tesio Stakes exacta is the Best Bet of the Weekend.