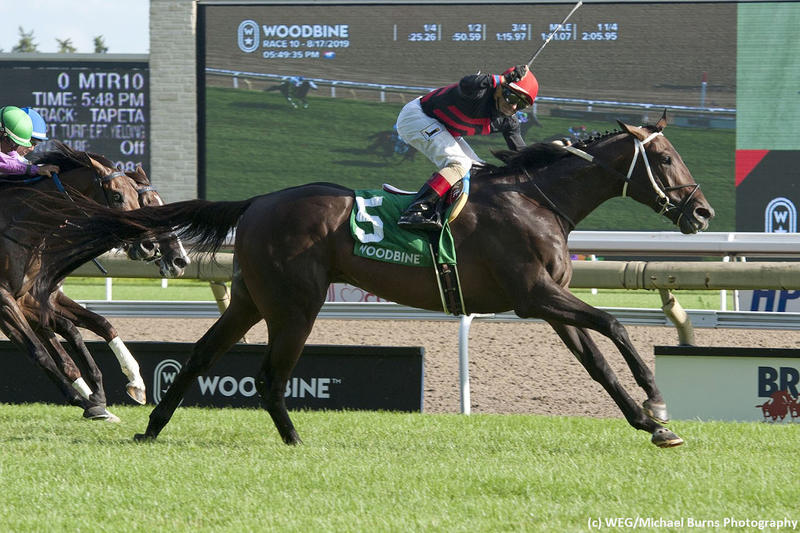 A field of nine sophomores will travel 1 1/2 miles on the Widener Turf course at Belmont Park in the inaugural $1 million Jockey Club Derby Invitational Stakes on Saturday. The demanding grassy test has a big international flair in the field, and it also boasts the winners of the first two legs of the Turf Trinity. Also, the race also serves as a “Win & You’re In” event, with an automatic berth to the $4 million Breeders’ Cup Turf (G1) on November 2 for the first-place finisher.

L and N Racing LLC’s TONE BROKE had no trouble in his grassy debut last out at Woodbine. The Steve Asmussen trainee was a facile winner of the Breeders’ Stakes over a few nice horses while also handling a yielding course, giving him a second classic win in succession north of the border. I think the improving colt is flying under the radar coming into the Jockey Club Derby, and I will make him the Best Bet of the Weekend.

The Ontario-bred son of Broken Vow was a 15-length maiden winner in his juvenile finale and also flashed some ability earlier this campaign before a trip to Dubai, where he flopped in both assignments in the desert.

Tone Broke returned to the states at Pimlico and finished a solid second in the Sir Barton Stakes on the Preakness Stakes (G1) undercard, and he followed that up with a third-place result in the historic Queen’s Plate on the Tapeta surface at Woodbine.

The bargain $40,000 yearling purchase removed the blinkers for the second leg of the Canadian Triple Crown, the Prince of Wales Stakes, and that is when his recent ascension began. Tracking in third at Fort Erie, Tone Broke took command late in posting a two-length victory in his return to running without the hood.

He was even more impressive in a first turf run most recently, overcoming some trouble in drawing away in a tough spot. Tone Broke handled a course with give in it against a strong field, and the forecast hints that the Belmont lawn could be in a similar way for Saturday.

Top pilot John Velazquez inherits the mount atop the three-year-old, and I think that he will be a fine fit for him. The Jockey Club Derby field lacks a lot of pace, and Tone Broke figures to be within striking range throughout with his natural early foot.

Tone Broke has never been better, he races for Hall of Fame connections, and the colt is also proven at the distance. He is the Best Bet of the Weekend. 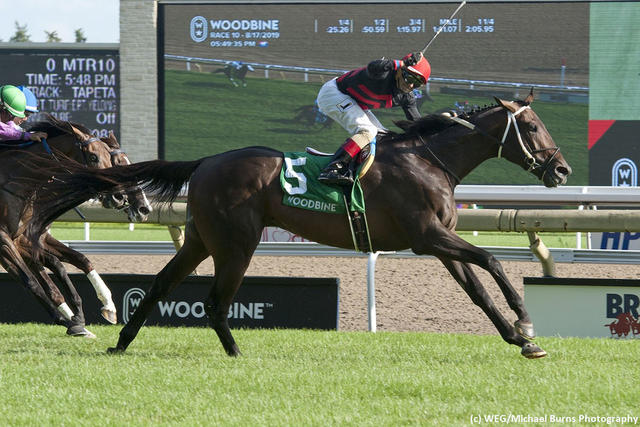