The 2019 Sam F. Davis Stakes is the Best Bet of the weekend

The Best Bet of the weekend will come from Tampa Bay Downs on Saturday. The $250,000 Sam F. Davis Stakes (G3) attracted a nice field 10 for the Road to the Kentucky Derby event, with the winner receiving 10 points. I am banking that the test will become a two-horse race inside the final furlong.

Grade 1 winner Knicks Go is the class of the field as the one to beat. The Ben Colebrook trainee didn’t fire in his 2018 finale when fading badly in the Kentucky Jockey Club Stakes (G2), though his two-race run in the Breeders’ Futurity (G1) and Breeders’ Cup Juvenile (G1) was very impressive.

Bred in Maryland, Knicks Go has shown marked improvement since adding Lasix and stretching out. The gray colt has fine early foot, but doesn’t need the lead to run big. I love his trio of swift local drills on this oval to ready for his 2019 debut with regular pilot Albin Jimenez on board.

The mighty Godolphin stable has a pair entered in the Sam F. Davis. While each of the two has appeal to me, Kentucky Wildcat is my preferred runner who will be wearing the royal blue silks on Saturday.

Conditioned by Tom Albertrani, the developing sophomore concluded his juvenile campaign with a strong maiden win in the Empire State going one-mile. The chestnut beat a fine prospect that day in the Bill Mott-trained Country House, who was super-impressive in a maiden tally at Gulfstream Park recently.

Kentucky Wildcat has a superb pedigree, also. The son of the powerful Tapit is the first foal produced from millionaire standout Better Lucky. The versatile Ghostzapper mare was a two-time Grade 1 winner on the turf, a Grade 1 runner-up on the all-weather, as well as running second by a head on dirt in the 2014 Breeders’ Cup Filly & Mare Sprint (G1).

The Sam F. Davis boasts a field with three or four horses who want to be involved from the opening bell, which could make the pace swift and contested. Knicks Go is the class of the cast and a must use. I also envision Kentucky Wildcat closing best from off the pace as a legitimate win contender.

The Best Bet of the weekend is an exacta box! 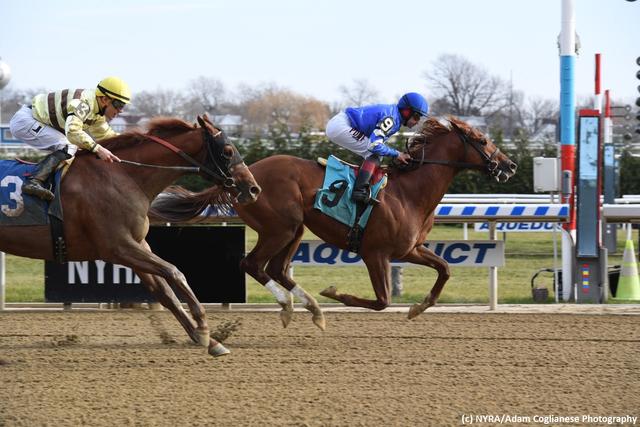