The Red Smith Stakes is the expert pick of the week

An overflow field of 16, with two on the also-eligibles list and three entered as main-track only contestants, will vie in Saturday’s $200,000 Red Smith Stakes (G3) at Aqueduct. The 1 3/8-mile turf endeavor has attracted a well-matched cast with a lot of early pace in the mix, and I will side with a late runner with value to take down the top prize.

Staghawk Stables’ Nakamura is a relatively lightly raced four-year-old who has been sharp in 2019, compiling a 5-3-1-1 mark along the way. Trained by Graham Motion like sire Animal Kingdom, Nakamura started his campaign with a rallying score on the Laurel Park lawn going one mile.

He defeated allowance foes in his next pair of assignments, the latter over a solid crew at Saratoga at 1 3/8 miles, prior to a go in the Japan Turf Cup S. at Laurel. The Maryland-bred was well behind a dawdling early pace in his seasonal stakes bow, but he did run admirably in the lane to be fourth, beaten by just a half-length.

Nakamura was routed to the Bluegrass State to contest the Sycamore Stakes (G3) at Keeneland in his most recent appearance. The gelding endured some traffic along the backside before putting in his customary late run to be a clear second beneath Javier Castellano. The top selection has fired two morning bullet drills in the interim.

I believe that Nakamura has found his niche as a turf marathoner, and with room for improvement, the bay looks stout on Saturday. The pace of the Red Smith could be especially lively and contested with four runners that will be sent from the break. And that seems ideal to aid Nakamura’s running style, as he has posted substantial BRIS Late Pace figures of 115, 105 and 110 in his last three outings.

Jose Ortiz picks up the mount atop the four-year-old who draws near the rail to save ground all the way around the course. I envision Nakamura commencing his run at the top of the stretch en route to victory on Saturday.

Nakamura rallying to victory in the Red Smith Stakes is the Free Pick of the Week. 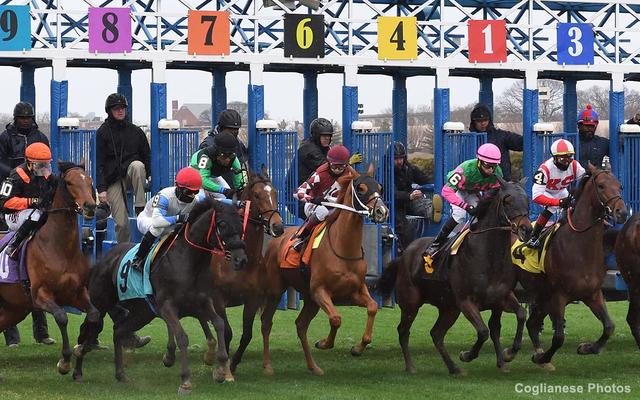