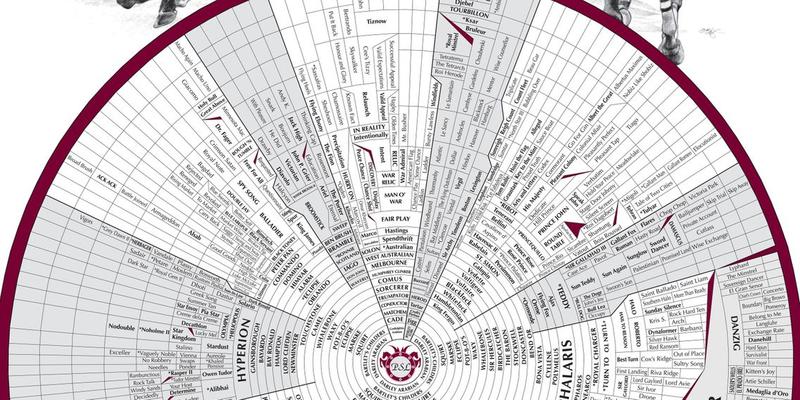 Everything has a foundation, something it can stand on and be supported by. For the horse breed known as the Thoroughbred, that would be the three Foundation Sires.

“And Allah took a handful of southerly wind, blew His breath over it, and created the horse…Thou shalt fly without wings, and conquer without any sword. O, Horse”
(Bedouin Legend)

It all started with the Byerley Turk (born approximately 1679), whose origin is understandably murky. Some say he was confiscated from a Turkish officer by Captain Robert Byerley in 1688 at the siege of Buda in Hungary. Others believe he was foaled in England before going to war, with a side trip to conquer a race meeting in Ireland on his way to battle.

Regardless of his beginning, a beautifully detailed poster known as the “Prominent Sire Lines in America” shows that the Byerley Turk’s influence upon the Thoroughbred has dwindled with time in comparison to the other two Foundation Sires.

That is, dwindled in relation to stallion lines. However, the Byerley Turk’s daughters have proven invaluable to building up the Thoroughbred breed. Perhaps the most famous of his female-line descendants is Marske, who is the sire of the great Eclipse.

“The horse is God’s gift to mankind”
(Arabian Proverb)

The Darley Arabian (born 1700) was purchased at Aleppo by Thomas Darley and sent on to Aldby Park near York, England, where he stood until his death at the age of 30 in 1730.

The stallion never raced and, according to historical record, did not cover many high-quality mares. He almost exclusively mated Darley mares, who weren’t considered very well-bred, but today his bloodline dominates the Thoroughbred breed.

Phalaris is from the male-line of the Darley Arabian and is the most prominent name on any Thoroughbred’s lineage line. Northern Dancer himself is a great-great grandson of Phalaris.

Last, but certainly not least, is the Godolphin Arabian (born 1724). He was imported from France by Edward Coke in 1729 and, upon Coke’s death in 1733, was inherited by Roger Williams. Lord Godolphin eventually purchased the stallion and he entered stud near Newmarket.

The Godolphin Arabian’s presence in modern-day Thoroughbred lines is most notably represented by the great Man o’ War. In recent times, a willful, stubborn colt named Tiznow burst upon the scene and is helping to continue the influence of the Godolphin Arabian. The stout bay son of Cee’s Tizzy is the only two-time winner of the Breeders’ Cup Classic and has enjoyed tremendous success as a sire at WinStar Farm. 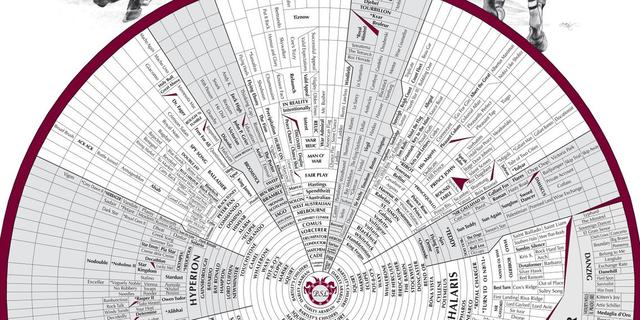