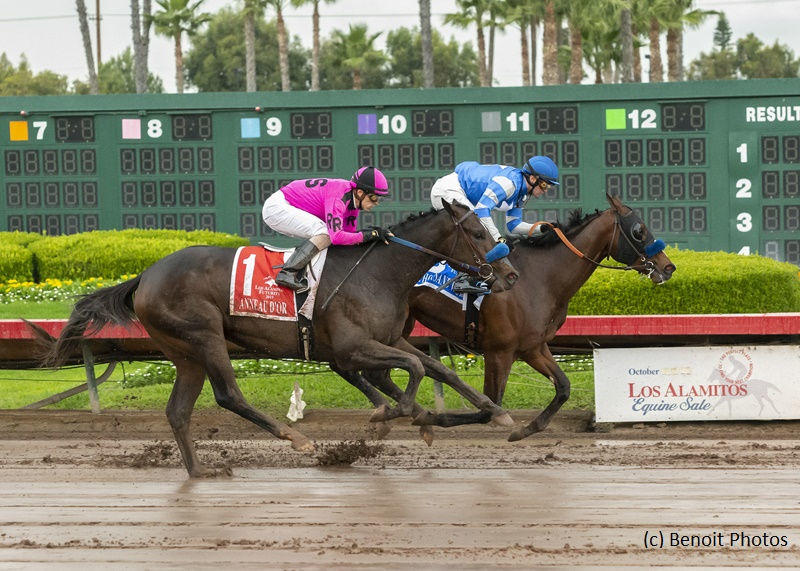 Kentucky Derby hopefuls were in action on both coasts in a pair of Road to the Kentucky Derby series qualifiers on December 7. Thousand Words gamely turned back Anneau d’Or by a neck in the Los Alamitos Futurity (G2), and Shotski posted a minor upset leading all the way in the Remsen (G2).

Both winners were making their first start in a qualifier. The top four finishers receive points on a 10-4-2-1 scale toward a berth in the Kentucky Derby on May 2, 2020.

Thousand Words improved to 2-for-2 for Bob Baffert, who extended his record with a 12th Futurity victory. The five-time Kentucky Derby winner sent out two of the four contestants at Los Alamitos, and Thousand Words tracked stablemate High Velocity in second through the opening three-quarters of a mile. He his move to the lead entering the stretch, but faced a serious outside challenge from Breeders’ Cup Juvenile (G1) runner-up Anneau d’Or with a sixteenth of a mile remaining.

In the 1 1/8-mile Remsen at Aqueduct, Shotski made all the pace. He bounded out of the starting gate to a short advantage, accelerated clear into the stretch and then held on late to score by a half-length margin. Overlooked at 8-1 after a fourth in the October 27 Street Sense at Churchill Downs, the son of Blame was ridden by Luis Saez.

Campaigned by Wachtel Stable, Gary Barber, Pantofel Stable and Mike Karty, Shotski is trained by Jeremiah O’Wyer and stopped the teletimer in 1:54.24. He broke his maiden the second time out at Laurel Park and now owns a 4-2-0-0 career record.

Ajaaweed, who was exiting a fourth in the Breeders’ Futurity (G1) at Keeneland, rallied well to be a clear second at 4-1 odds. Chase Tracker came next in third, and Informative was fourth. 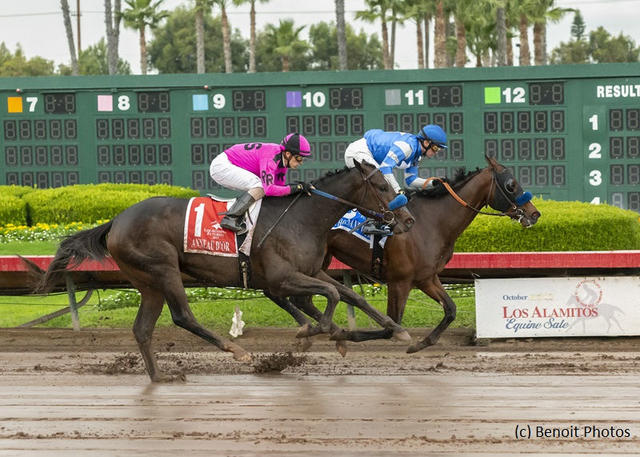