Kentucky Derby points were offered at a one-turn mile in the Gotham S. (G3), the third of four qualifiers at Aqueduct in 2022.

Morello did not disappoint as the even-money favorite, winning geared down by 4 1/2 lengths. After tracking the pace in second, he effortlessly seized command in upper stretch, and the chestnut colt improved to 3-for-3 for Steve Asmussen.

He’s yet to be seriously challenged, winning his three starts by a combined 13 3/4 lengths. Morello registered a career-best 99 Brisnet Speed rating in the Gotham, five points higher than his victory in the seven-furlong Jimmy Winkfield S. on March 5.

It’s easy to be encouraged by what we’ve seen so far.

Morello possesses the pedigree for longer distances, but he still has to prove it. The opportunity may come in the April 9 Wood Memorial (G2) at Aqueduct.

By Classic Empire, Morello is out a mare by Congrats, a son of A.P. Indy, and additional stamina influences can be found in the immediate female family.

Morello appeared to have plenty in the tank crossing the Gotham finish line.

He hasn’t faced the crème of the three-year-old crop, far from it most likely. Morello was one of only two stakes winners in the 10-horse Gotham field, and the other (Rockefeller) wound up last after stumbling at the break.

If he heads to the Wood, or another major Kentucky Derby qualifier, Morello will face a significant class check next time.

It’s been a long time since the Gotham has had any impact upon the Kentucky Derby. Cloud Computing, who finished second in the 2017 Gotham, is the last participant to win a Triple Crown race, upsetting the Preakness at 13-1, but he skipped the Kentucky Derby. 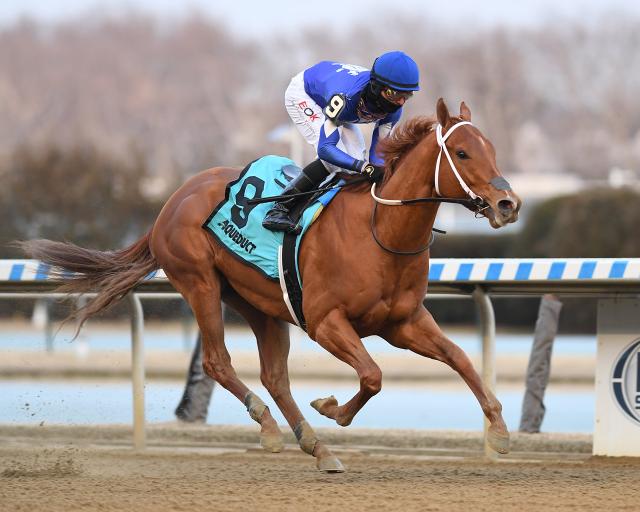