Three Takeaways from the 2021 Southwest Stakes

Delayed 12 days due to adverse weather, the 1 1/16-mile Southwest was contested only two weeks prior to the next Kentucky Derby qualifier at Oaklawn, the March 13 Rebel S. (G2).

The champ is back!

Essential Quality was impressive posting a 4 1/4-length win over the sloppy track. He showed good speed early in his career, but the Tapit colt has become more push-button utilizing stalking tactics.

After getting away a little slow from the starting gate, Essential Quality established perfect positioning while out wide on the oval, settling within striking range of multiple Grade 1-winning pacesetter Jackie’s Warrior.

He started gaining momentum on the final turn and when Luis Saez called upon his mount nearing the stretch, Essential Quality accelerated to a clear lead and rolled home much the best.

I liked the professionalism displayed.

After relatively easy tallies in his first two starts, including the Breeders’ Futurity (G1), Essential Quality had to work hard to win the Breeders’ Cup Juvenile (G1) from off the pace, rallying boldly to prevail by three-quarters of a length.

His foundation was set, and Essential Quality looked the part of a Kentucky Derby favorite winning the Southwest.

RELATED: Three Takeaways from the 2021 Fountain of Youth

Returning in the slop at Oaklawn

Essential Quality isn’t the first two-year-old champion to catch a sloppy Oaklawn track in his return. In 2015, American Pharoah came back in a rain-soaked Rebel.

They employed different run styles, but both were outstanding.

Similar to American Pharoah, Essential Quality should continue to show more with a race under his belt. The gray colt is expected to make his final prep in the April 3 Blue Grass S. (G2) at Keeneland.

Connections/bloodlines part of the story

The Kentucky Derby is the standard-bearer for North American racing, and Essential Quality has the gamut when it comes to high-profile connections seeking an elusive first win. That includes his sire, Tapit, as well.

An international titan in the Thoroughbred industry, Sheikh Mohammed’s Godolphin has never had a top three finish from 18 Kentucky Derby starters, with Frosted’s fourth in 2015 being the best result. Essential Quality has put Godolphin in a prime spot to change their Kentucky Derby fortunes.

Brad Cox won his second Kentucky Oaks and four Breeders’ Cup races en route to earning the 2020 Eclipse Award for top trainer. The Kentucky Derby has always been the dream for the 40-year-old Louisville native, but Cox hasn’t had a three-year-old good enough to contest the race yet. That’s poised to change in 2021 – Cox also has Risen Star (G2) winner Mandaloun and Southwest S. victor Caddo River readying for Kentucky Derby bids.

Luis Saez has never officially hit the board from seven previous starts, but the numbers don’t tell his story. After finishing first aboard Maximum Security in 2019, Saez did not get to wear the Roses when his mount was disqualified and placed 17th for interference. The 28-year-old jockey would love the change the narrative aboard Essential Quality.

Three-time leading sire Tapit turned 20 in 2021. The Gainesway Farm stallion has produced three winners of the 1 1/2-mile Belmont Stakes (G1), but the Kentucky Derby has always eluded his offspring. It would be fitting to see one the great bloodstock influencers of the modern era rewarded, and Essential Quality leads a strong Tapit contingent that includes Kentucky Derby contenders Greatest Honour and Proxy. 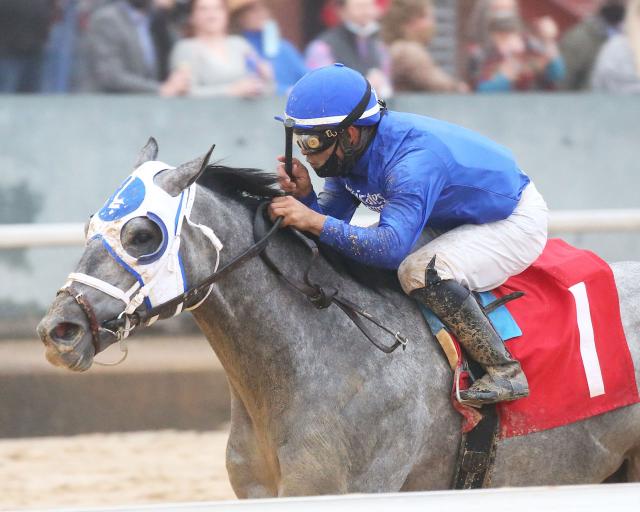