TRAINER QUOTES FROM THE 144TH RUNNING OF THE LONGINES KENTUCKY OAKS

Brad Cox, trainer of Monomoy Girl (1st), Sassy Sienna (6th) and Kelly’s Humor (8th) –“It was unbelievable. It worked out just the way we planned. That was the trip we were hoping for. Florent (Geroux) did a great job getting her out of the gate and getting her into position. She was three wide into the first turn. That was kind of what we expected. It all went well. She was able to put herself where she needed to be and kick on down the lane. She did look like she got a little hesitant at the quarter pole and Florent said he had to stay on to her. She responded and finished strong down the lane.”

Mark Casse, trainer of Wonder Gadot (2nd) – “The filly that won ran very game. There was contact (in the stretch) and it made our filly switch her leads. I think it was going to be really close, but I think the stewards made the right call. To take a horse down in this type of race, it would have to be pretty significant. As much as I’d like to say I would like to have won, I understand the ruling. I’m very proud of her. She’s definitely a wonder woman.

“She has a lot (of heart). I can tell you, you come back there (to the barn) in an hour and if you’re not careful she’ll kick you. She’s a tough filly, so I’m proud of her. The filly that won it is a super filly. I think the decision was fair. I think we were right in claiming foul because there was contact three times, and like I said, the third one caused us to jump our lead.

“I lost a tougher one in the Preakness last year (with Classic Empire). I feel blessed to do what I do and run in the races I do. Of course I want to win, but I’m proud that we ran well, that’s all I can ask. Some days we win them, some days we lose them.”

Bill Spawr, trainer of Midnight Bisou (3rd) – “We didn’t get the best of starts. Mike (Smith) told me that when she got banged at the start it knocked the air out of her. She got hit again on the turn (for home). She still ran well.”

Kenny McPeek, trainer of Eskimo Kisses (4th) – “She ran great. He tried to sneak up the rail and when they were turning the corner she got stopped and lost all momentum. But she ran good. We talked about a rail trip and he (Corey Lanerie) said she’s easily third if he doesn’t get stopped.

Tom Amoss, trainer of Chocolate Martini (5th) – “Our girl ran hard. My hat is off to the winner.”

Anthony Quartarolo, trainer of Heavenhasmyniiki (9th) – “She was traveling real good but she was just a little hesitant. I don’t know why but that’s why she gapped out like that. She just started picking up on her own and then she picked up a little bit more but she was pretty much out of it by that time. Then she gave him a real nice run but she just kind of flattened out the last 40 yards. He feels her action is all grass. We’ve always thought so, too, and this was a big test for her.”

Bret Calhoun, trainer of Classy Act (10th) and Patrona Margarita (12th) – (Classy Act) settled and Brian (Hernandez Jr.) was forced to make a move before he wanted to and was a little bum-rushed. He probably should have moved when Johnny (Velazquez) did (on Wonder Gadot), but I thought, otherwise, it went pretty smoothly for her, actually. (Patrona Margarita) kind of sat back and picked up some minor rewards.

Mark Hennig, trainer of My Miss Lilly (11th) – “I haven’t seen the replay, but I thought she had a little bit of a wide trip, got jostled around a little bit leaving there (from the starting gate), probably put her in a tough position to start the race. But I didn’t see a big excuse otherwise. Nothing immediate (for plans on her next race), definitely we’ll just play it by ear. Something at a reasonable distance.”

Bob Baffert, trainer of Rayya (13th) – “Her only chance was the break. She, for some reason, took a stutter-step away from there and it was over. She can’t do that and she had to be up close. It’s tough enough to come here from Dubai and to ship, but after that, she couldn't win. It was quite a race. The cream rose to the top.” 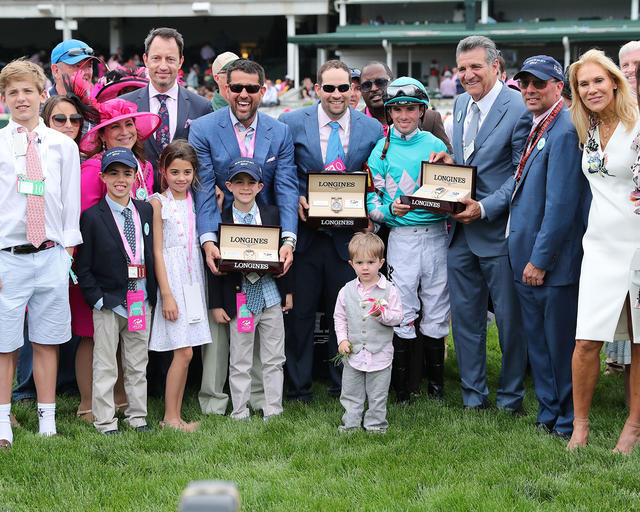