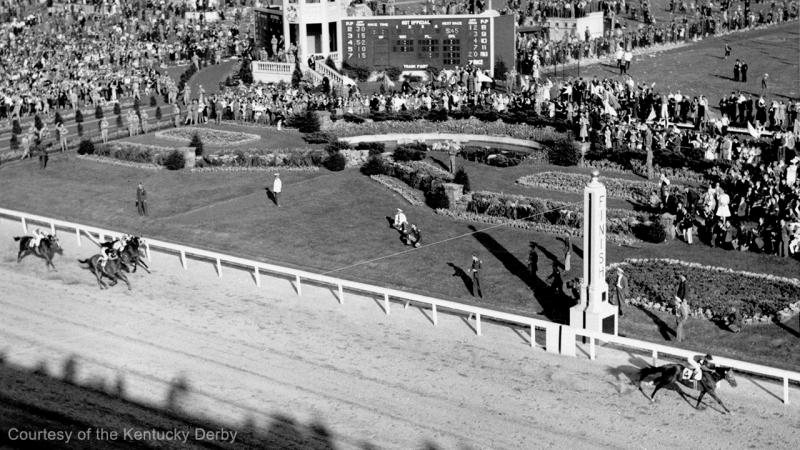 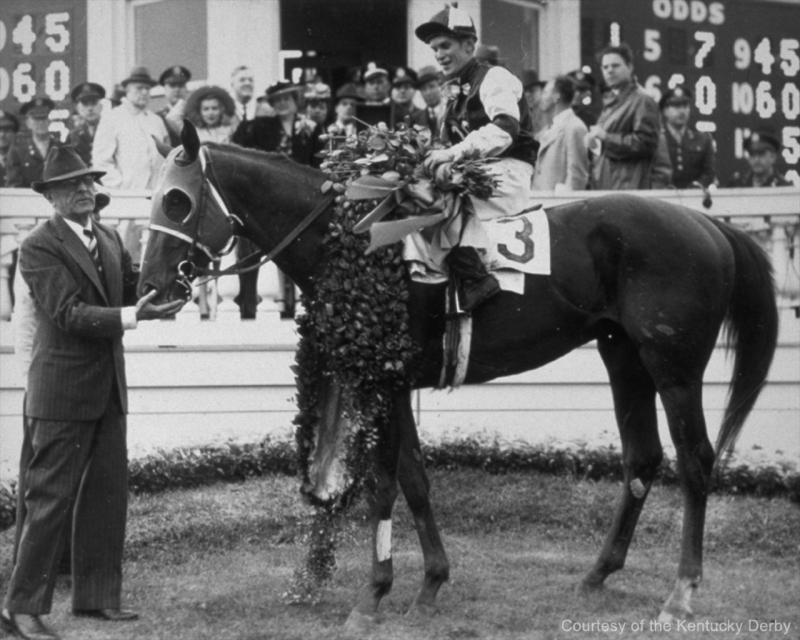 Why Whirlaway vs Assault?

Although significant horses by any standard, Whirlaway (1941) and Assault (1946) are, when compared to Citation and Count Fleet, historically viewed as the lesser half of the four Triple Crown winners produced in the golden decade of the 1940s. There is also a strong case to be made that, unlike the other two, they hit the peak of their powers as older horses.

The case for Whirlaway

Whirlaway had a more successful 2-year-old campaign, winning three stakes to Assault’s one, and also enjoyed a more decorated 4-year-old season when voted Horse of the Year.

After second-place finishes in the Blue Grass and Derby Trial, trainer Ben Jones outfitted Whirlaway with a one-cup blinker and made a significant rider switch to Eddie Arcaro. Whirlaway proceeded to set a new track record of 2:01 2/5 winning the Derby by eight lengths, and had little trouble in either the Preakness or Belmont.

Whirlaway was a true mile-and-a-quarter horse, winning six of nine attempts over the distance with three seconds. His other stakes wins over the trip included the Dwyer, Travers, American Derby, and Brooklyn, the latter in track-record time. He also proved his fondness for the Churchill surface all over again when taking a springtime renewal of the Clark Handicap in 1942.

By contrast, Assault won just 5-of-10 starts over the Derby distance, though some of those occurred well after his peak when he had returned to racing after being diagnosed as infertile.

Although both were rallying types in general, Whirlaway’s late bids became the stuff of legend. “Mr. Longtail” would arguably be a stronger beneficiary of an expected hot pace in a virtual Kentucky Derby.

Assault’s pre-Kentucky Derby campaign at three was more productive with a pair of stakes wins, though a sub-par performance in his Derby Trial resulted in an overlaid price of 8-1 when he won the Derby by the same margin as Whirlaway.

Assault tended to do best early in the season, whether that was at ages two, three, four, or six. A virtual Kentucky Derby held in the springtime would likely see him in optimum condition to run his best race.

Unlike Whirlaway, Assault twice beat older horses in stakes as a 3-year-old, including a six-length romp over Hall of Famer Stymie in the Pimlico Special.

A sounder racehorse who maintained consistency throughout his career and was unplaced only four times in 60 starts, Whirlaway’s career accomplishments exceed those of Assault and thus make him a more likely danger in a virtual Kentucky Derby. 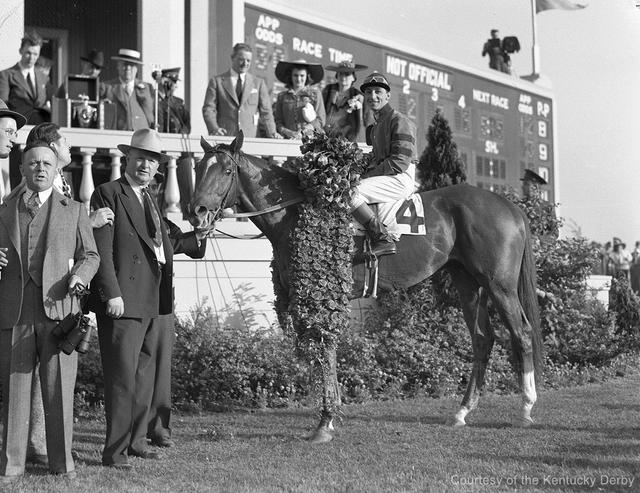