Turf Horses In the Kentucky Derby

What horses have run in the Kentucky Derby and on the turf? 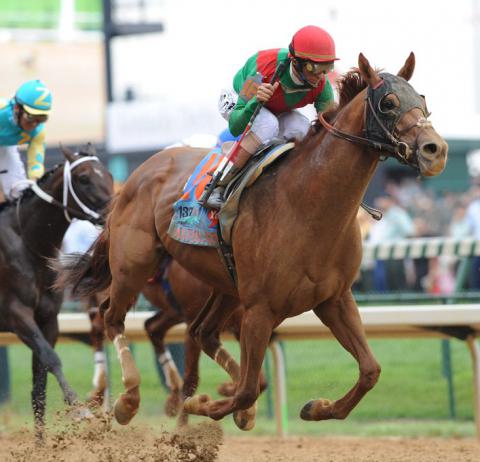 With the advent of the European Road to the Kentucky Derby, there’s a chance at least one horse that’s known more turf racing than dirt racing will be at the starting gate in 2018.

Every time such a horse has arrived at Churchill Downs in the past, the first question punters always ask is “can they run on dirt?” It’s a good question, because in many cases they haven’t.

Horses coming from grass racing to the Breeders’ Cup haven’t done too badly, all things considered. Three European grass horses have won the Juvenile (Arazi, Johannesburg, and Wilko) on dirt, and along with one European grass winner of the Classic on dirt (Arcangues) there’s been many that ran second or third in that race, such as Ibn Bey, Swain, Giant’s Causeway, and Sakhee.

The record in the Kentucky Derby, however, hasn’t been so good. Arazi, Johannesburg, and Wilko all made it to the Derby but none got closer than sixth. Another notable failure in Arazi’s year was Dr. Devious, who immediately went back home and won the Derby at Epsom. Eltish, who finished second in the Juvenile in 1994 after a very good 2-year-old turf record, returned the next year to the Derby and finished sixth.

Nine horses have found their way into the Derby after winning the UAE Derby, which, though it is on dirt, features many horses with turf backgrounds in Europe.

Of the nine UAE Derby winners to contest the Kentucky Derby, six had raced on turf, four of which were winners. None finished closer than the initial runner, China Visit, who finished sixth. Lines of Battle was group three placed in Ireland before finishing seventh at Churchill Downs; while Daddy Long Legs and Thunder Snow– both group winners – didn’t even finish the Derby.

The best effort by a horse that could fairly have been described before the race as a turf runner came from Bold Arrangement. A group-winner at two in Europe, he finished third in the Blue Grass Stakes before finishing runner-up in the 1986 Kentucky Derby to Ferdinand.

Other notable Derby runners have, however, shown turf ability. The 2008 Derby winner, Big Brown, won his maiden on turf, while Animal Kingdom finished second on turf in one of his four starts prior to his 2011 Derby win. Northern Dancer won on turf in Canada the year prior to his Derby triumph – perhaps not a surprise given how prepotent he proved as a sire of turf horses.

Most U.S. Derby contenders don’t race on turf prior to the big day. However, several Derby notables went on to distinguish themselves at least once on turf; they include Triple Crown heroes Secretariat and Omaha, 1959 Derby runner-up Sword Dancer, California Chrome, and most notably of all, 1957 third-place finisher Round Table, a three-time champion turf horse. 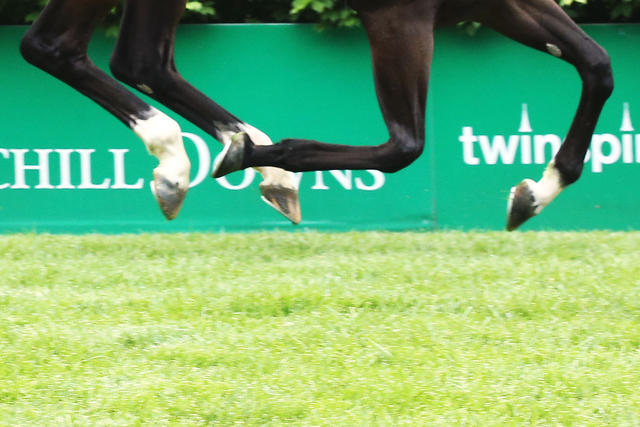