Twenty Carat made her stakes debut a winning one in Friday’s $150,000 Beaumont S. (G3) at Keeneland. Owned and bred by Three Chimneys Farm, the Wesley Ward-trained filly was ridden by Luis Saez.

By Into Mischief, Twenty Carat raced up close from the break, advanced to seize command nearing the conclusion of the far turn, and drew off sharply in the stretch. She was the 7-2 third choice seven sophomore fillies, and the bay lass stopped the teletimer in 1:26.04.

Disqualified and placed second in her career debut in mid-January, Twenty Carat has finished first in all three starts.

“She’s always been a lovely filly, done everything right,” Ward said. “I’m very thankful that Mr. (Goncalo) Torrealba and his team (at Three Chimneys Farm) gave her to me to train. Looks like she’s gonna go a little bit farther. I was just on the phone with him (Torrealba) – that was me holding the phone for him in the winner’s circle; he’s in Dubai. I think this filly has a big future, and we’re looking forward to it.”

Twenty Carat made her first two starts at Turfway, graduating by a 7 3/4-length margin as the odds-on favorite on Feb. 25. The Kentucky-bred is out of the Bernardini mare Secret Jewel, a half-sister to 2010 Breeders’ Cup Filly & Mare Turf (G1) winner Shared Account. 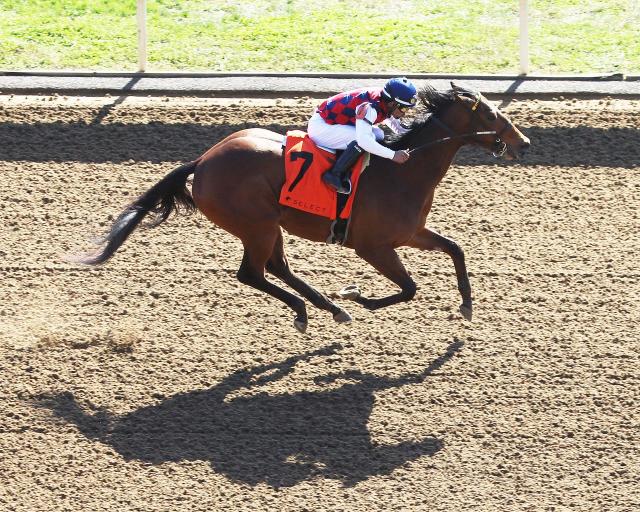