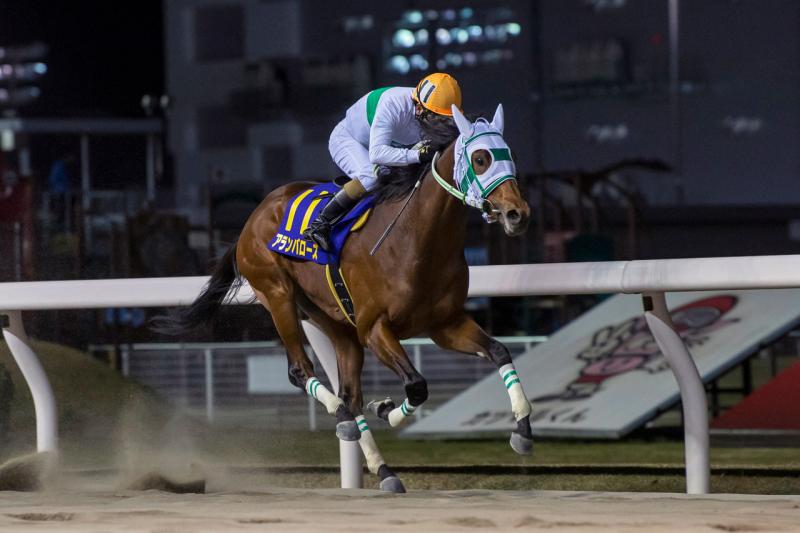 Alain Barows, now 5-for-5, vaulted to the top of the Japan Road leaderboard in the Dec. 16 Zen-Nippon Nisai Yushun (Tomoya Moriuchi/Horsephotos.com)

An unbeaten colt starred in Wednesday’s Zen-Nippon Nisai Yushun at Kawasaki, but it was Alain Barows, not hot favorite Dualist, who romped to the top of the Japan Road to the Kentucky Derby leaderboard. The speedy son of Henny Hughes led at every call to extend his record to a perfect 5-for-5 and bank 20 points.

Owned by Hirotsugu Inokuma and trained by Masato Hayashi, Alain Barows was dispatched as the second choice after a series of daylight victories. The bay had wired his first three starts – an about 5-furlong dash for newcomers May 8 at his Funabashi base, an about 6-furlong race June 18 at the same venue, and the about 7-furlong Gold Junior on Sept. 21 at Oi. When stepping up to a metric mile in the Nov. 17 Haiseiko Kinen, also at Oi, he closely tracked the pace before driving clear of Ranryo O, who chased him home again on Wednesday.

Alain Barows reverted to his front-running tactics here with regular rider Seiji Sakai. Hustling from post 11, he took charge through an opening quarter in :23.7, slowed it down through a half in :49.5, and then increased the tempo to spurt away on the far turn. After reaching the 6-furlong mark in 1:12.1, he drew off by five lengths to finish 1,600 meters (about a mile) in 1:40.7.

The race shape benefited forwardly placed types, as the minor awards show as well. Runner-up Ranryo O, second throughout, was three lengths clear of third Luce d’Oro, himself prominent at every stage. Taisei Again managed to improve his position into fourth, missing third by just a neck. Next came Bakushin; Transcendence; the disappointing Dualist, who failed to travel with any enthusiasm on the inside; Rastrillo; Ivanhoe; Lucky Dream; Arc Angel; Leitch; Giga King; and Nine Ball.

The standings will be in flux through the final two scoring races, the Hyacinth (worth points on a 30-12-6-3 basis) at Tokyo in February and the Fukuryu (40-16-8-4) at Nakayama.

The Zen-Nippon Nisai Yushun is the only points race held at a track on the local racing (NAR) circuit, rather than one under the Japan Racing Association (JRA) auspices. While Alain Barows belongs to the NAR, he dusted the JRA horses who turned up at Kawasaki.

An $86,292 Hokkaido Summer yearling purchase, Alain Barows was produced by the Stay Gold mare Casa Rosada. His second dam, Sembra Fe, was a dual Group 1-winning sprinter on dirt in her native Argentina. 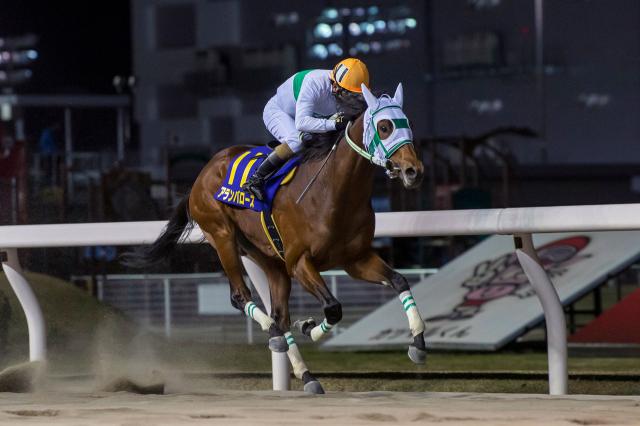