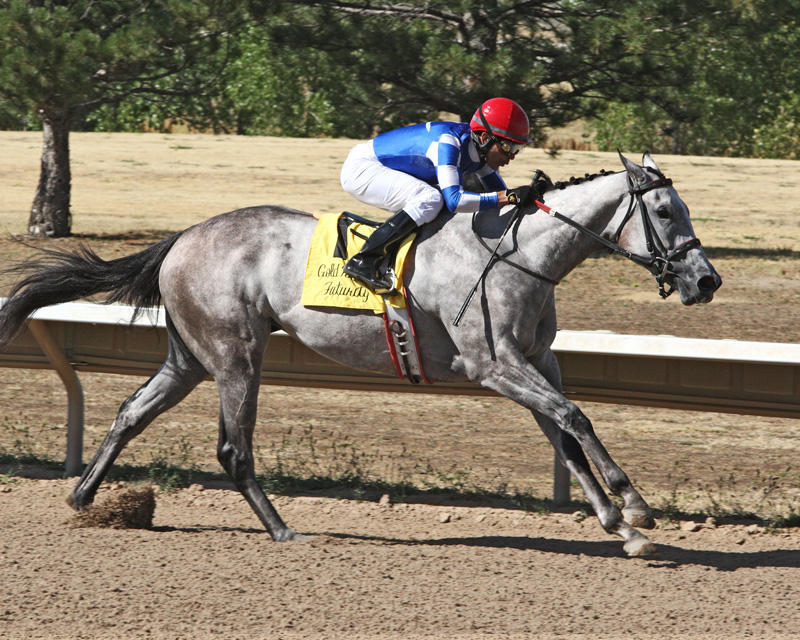 The criteria is getting a bit more stringent to make this juvenile filly review, what with stakes now going for the two-year-old lasses, but there are still plenty of runners from all over the country who are impressing.

Case in point, one wouldn’t expect a top-class runner to be competing at Arapahoe Park in Colorado but that is exactly what BLING ON THE MUSIC did when romping against both boys and girls in the August 14 Gold Rush Futurity.

Trained by J.R. Caldwell (no relation, at least I don’t think so), the gray daughter of Too Much Bling battled it out in the early going with Crosscheck Carlos. Once subduing that rival, she drew off with little encouragement from jockey Luis Quinonez to be 13 lengths clear on the wire in a final time of 1:10.30 for six furlongs on the fast dirt.

The win netted Bling on the Music a 97 BRIS Speed rating and brought her record to a perfect three-for-three following prior effortless victories at Lone Star Park in May and July.

It also earned Bling on the Music a trip east to Churchill Downs for the $200,000 Pocahontas Stakes (G2) on September 17. That 1 1/16-mile contest kicks off the 2017 Road to the Kentucky Oaks and, if it stays the same as last year, will offer points on a 10-4-2-1 basis to the top four toward a starting berth in the Oaks.

NONNA MELA had nearly as easy a time of it in the August 19 Adirondack Stakes (G2) at Saratoga as Bling on the Music did in the Gold Rush Futurity.

The Todd Pletcher pupil took command out of the gate before being settled by jockey Javier Castellano in second. The duo tracked in that spot before once again moving forward to grab control of the race nearing the quarter-pole. Nonna Mela pulled off to score by six lengths on the wire in her third career start.

The dark bay daughter of Arch, who broke her maiden by 7 1/4 lengths at Monmouth Park on July 26, could now go on to the Spinaway Stakes (G1) at Saratoga on September 3.

AMERICAN GAL made her racing debut at Del Mar on August 14, dueled early in the 5 1/2-furlong maiden special weight, and then drew off to score by 2 1/4 lengths under jockey Rafael Bejarano.

The Bob Baffert trainee was awarded a nice 91 BRIS Speed rating for the win.

On August 20 at Del Mar, ZAPPERKAT did even better when pulling off a 5 1/4-length victory under Norberto Arroyo Jr. for trainer Richard Baltas. The Ghostzapper filly was sent off at 12-1 and split rivals in the stretch to win.

Zapperkat, who garnered a 90 BRIS Speed rating for her debut win, counts as her third dam Rokeby Rose, who is best known as the dam of dual champion, 1999 Kentucky Oaks (G1) queen and $3 million earner Silverbulletday.

Also on August 20 at Gulfstream Park, SWEET TOOTH HAVEN wired a six-furlong maiden special weight to take her debut by 4 3/4 lengths with Edgard Zayas aboard. The Stanley Gold-trained daughter of Vineyard Haven was given a 93 BRIS Speed rating for the score. 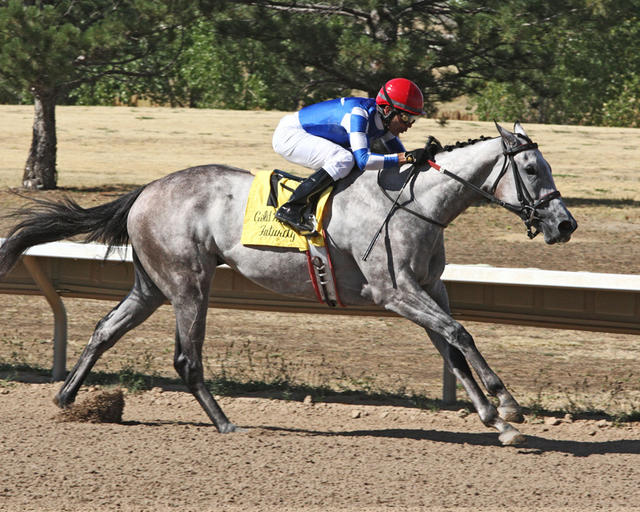