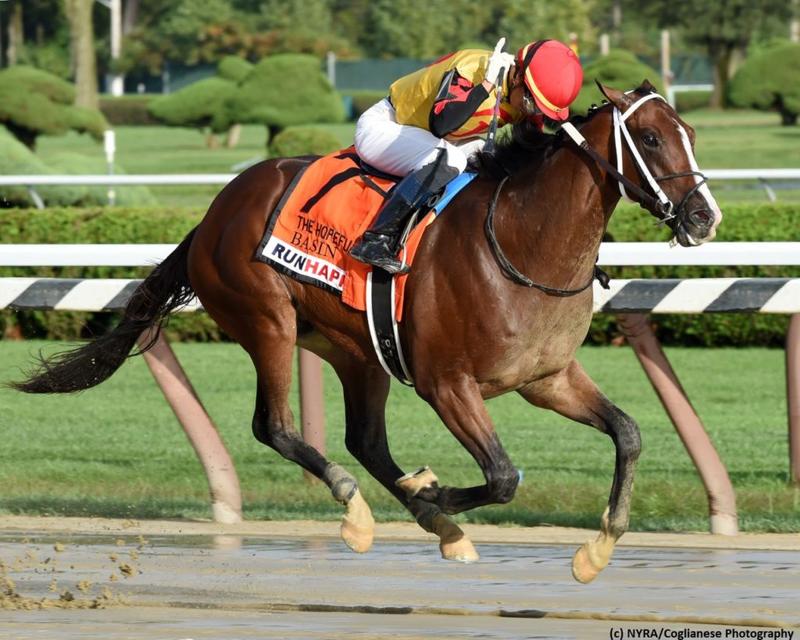 The major two-year-old events of the Saratoga and Del Mar meets both occurred on Labor Day, though neither provided absolute clarity as to the early juvenile division leadership on either coast.

The $350,000 Hopeful (G1) at Saratoga was contested over a sloppy track, conditions that well suited Basin, who rolled to a 6 1/2-length victory under Jose Ortiz after being aided by a hot pace set by stablemate Gozilla.

Basin led a 1-2-3 Hopeful finish for juveniles trained by Steve Asmussen. After trailing early, Shoplifted rallied to edge Gozilla for second by a neck.

Basin, who was making his third career start, had finished second by a nose to By Your Side in his debut at Churchill Downs on June 14. That rival went on to capture Sanford (G3) at Saratoga, but finished a distant fifth in the Hopeful. Basin subsequently graduated by 1 1/4 lengths at Saratoga on July 21.

The Hopeful really missed the presence of Green Light Go, who was withdrawn by trainer Jimmy Jerkens several hours before post time due to the off track. The robust son of 2007 Kentucky Derby runner-up Hard Spun had impressively captured both previous starts, including a 3 3/4-length demolition of his Saratoga Special (G2) rivals. Green Light Go will now head to the Champagne (G1) at Belmont Park, a 2020 Road to the Kentucky Derby series prep.

The $300,000 Del Mar Futurity (G1) was much more inconclusive, primarily due to 1-2 favorite Eight Rings ducking into a rival leaving the backside chute and unseating jockey Drayden Van Dyke.

Nucky certainly did not have the traditional background of a Futurity winner. A distant fifth in his debut at Churchill Downs in the slop June 8, the Peter Miller charge fared better next out when second by a half-length, albeit against $75,000 maiden claimers.

Maiden Special Weight company again proved too difficult for the son of Ghostzapper as he ran fourth at Ellis Park in his next start. However, the return to the claiming ranks did the trick again as he dominated $100,000 foes by 10 1/2 lengths at Del Mar just 12 days prior to the Futurity.

A loss to Nucky didn't exactly flatter the form of the Futurity's primary prep, the Best Pal (G2). While that race's winner, Collusion Illusion, did not compete in the Futurity, Best Pal runner-up Wrecking Crew did not on this occasion find the form to defeat his ex-claimer stablemate. Meanwhile, third-place finisher Defense Wins had run second to Collusion Illusion in his July 21 debut.

Basin earned a 96 BRIS Speed rating for the Hopeful, Nucky an 88 for the Del Mar Futurity. 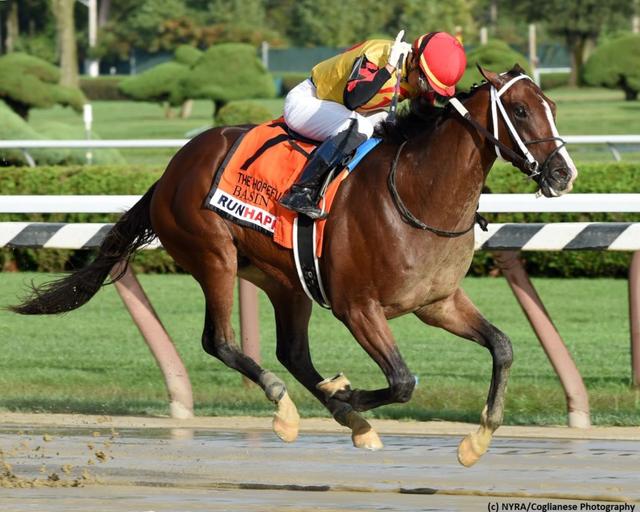