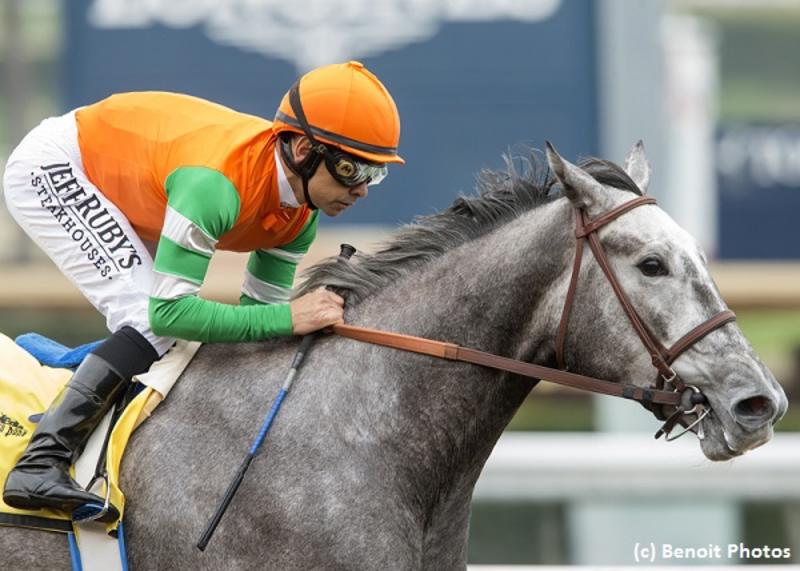 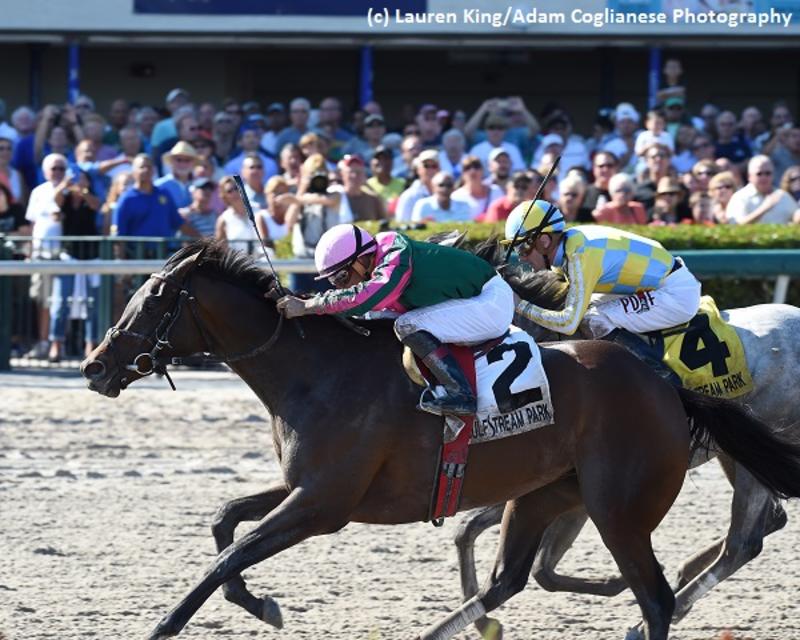 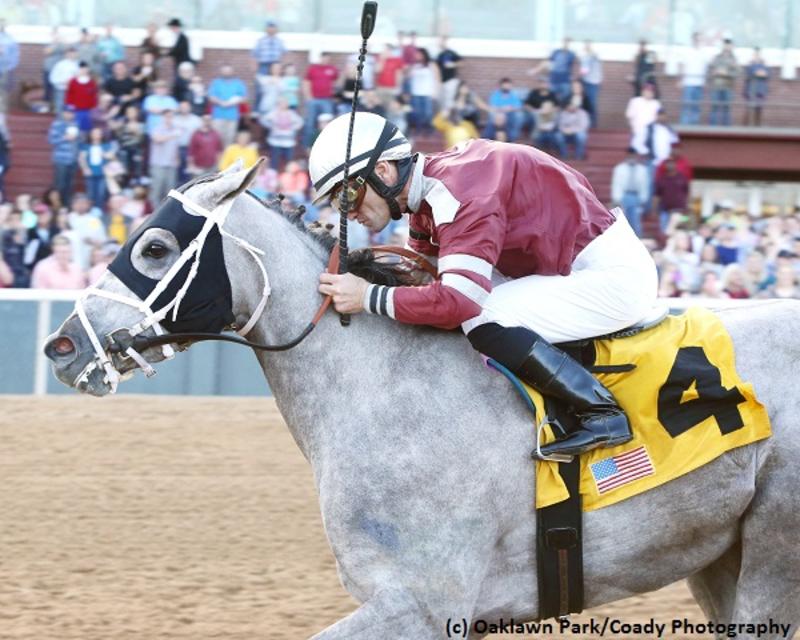 Chanel’s Legacy closed out the Prep Season portion of the Road to the Kentucky Oaks series of points races in the Martha Washington Stakes on Saturday. That ended the 10-4-2-1 point contests (except for the April 9 Beaumont Stakes [G3]), with the next series of races worth 50-20-10-5.

With half of the Kentucky Oaks (G1) points races now in the books, Unique Bella has emerged as a leading force on the road to that May 5 extravaganza, but will need to continue her momentum as upset runners are appearing left and right.

TEQUILITA proved to be one of those up-and-coming upsetters when capturing the Forward Gal Stakes (G2) at Gulfstream Park by a half-length at 14-1. The Michael Matz trainee took four tries to break her maiden last year but is now riding a three-race win streak following the Forward Gal.

Jockey Luis Saez allowed the bay miss to settle in midpack down the backstretch of the seven-furlong Forward Gal. Ms Locust Point, the 6-5 favorite, led the way up front until nearing the turn. That’s when Tequilita kicked into gear and circled four wide to take over heading into the stretch. She then had to withstand a bid from 2-1 second choice Pretty City Dancer but turned back that challenge to take her graded bow.

Tequilita still has to prove she can successfully stretch out past seven furlongs. The Union Rags filly ran second in a one-mile maiden last year to next-out Alcibiades Stakes (G1) winner Dancing Rags, but has yet to cross the wire in front going farther than seven-eighths. That actually came in her maiden win at Keeneland last October, for which she earned a career-best 92 BRIS Speed rating. Her Forward Gal win was only worth an 85 figure.

The next logical spot at Gulfstream for the Kentucky-bred to try a mile is in the March 4 Davona Dale Stakes (G2), which will be worth 50-20-10-5 points to the top four.

UNIQUE BELLA has left no doubt who is leading the three-year-old filly division at this point in the season following her 8 3/4-length domination of the Las Virgenes Stakes (G2) at Santa Anita Park.

The gray Tapit filly was on cruise control throughout that one-mile event, with jockey Mike Smith sitting chilly from gate to wire. Unique Bella lived up to her heavy 1-10 favoritism, not only by winning but by earning a stellar 106 BRIS Speed rating for the score.

The fact she’s nominated to the Triple Crown has a lot of people questioning whether she’ll take on the boys for a shot at a spot in the Kentucky Derby (G1) instead of the Kentucky Oaks. However, trainer Jerry Hollendorfer has been vocal about keeping Unique Bella facing her own gender and targeting the Oaks for the time being.

Whether her owners are on board with that or decide to try the Derby trail remains to be seen, but for now the Pennsylvania-bred filly will continue on a course that takes her to the Santa Anita Oaks (G1) on April 8. Next up on that course is the Santa Ysabel Stakes (G3), a 50-20-10-5 points race, going 1 1/16 miles on March 4.

The Martha Washington Stakes produced an upset as CHANEL’S LEGACY pulled off a 2 1/2-length victory under jockey Alex Birzer. The gray daughter of Dominus was sent off the 13-1 third longest shot in the eight-filly field but had no trouble overhauling 8-5 favorite Perfect Wife on the backstretch to take command and go on for the win.

Chanel’s Legacy easily outran her odds for trainer Lynn Chleborad, but it really wasn’t that surprising considering the Iowa-bred lass previously captured the Dixie Belle Stakes at Oaklawn on January 21 to kick off her sophomore campaign. She earned a career-best 88 BRIS Speed rating for that effort and garnered an 87 figure for the one-mile Martha Washington.

Chanel’s Legacy will get the chance to stretch out to 1 1/16 miles when taking on the next race in Oaklawn’s preps for the Kentucky Oaks, the March 11 Honeybee Stakes (G3), which is part of the next batch of points races worth 50-20-10-5. 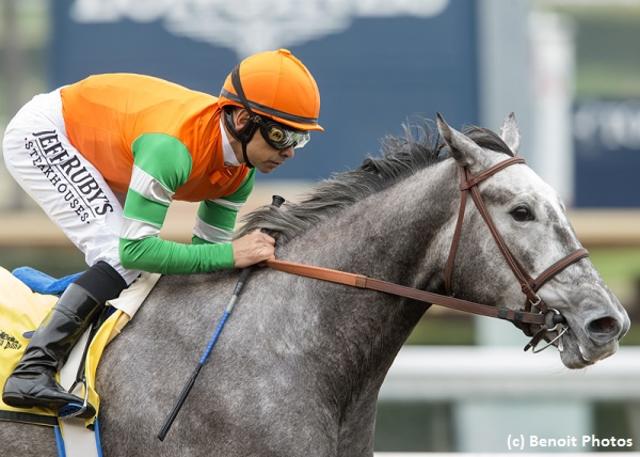