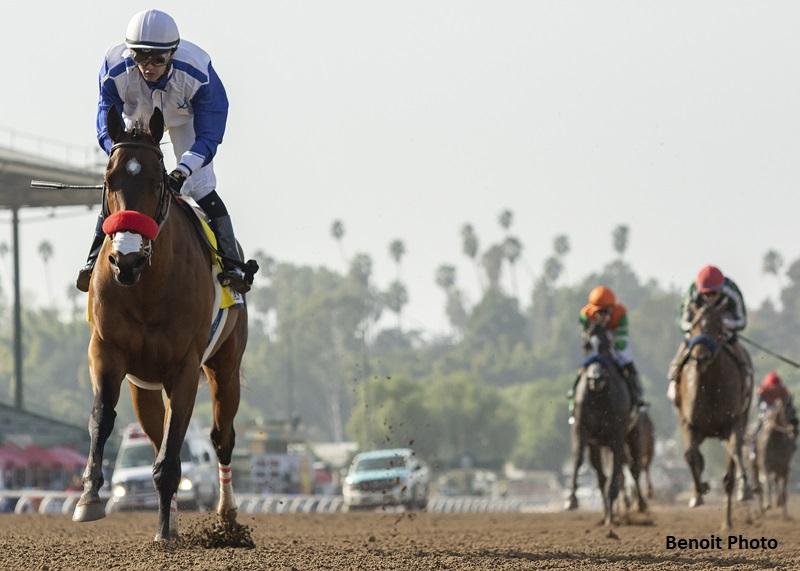 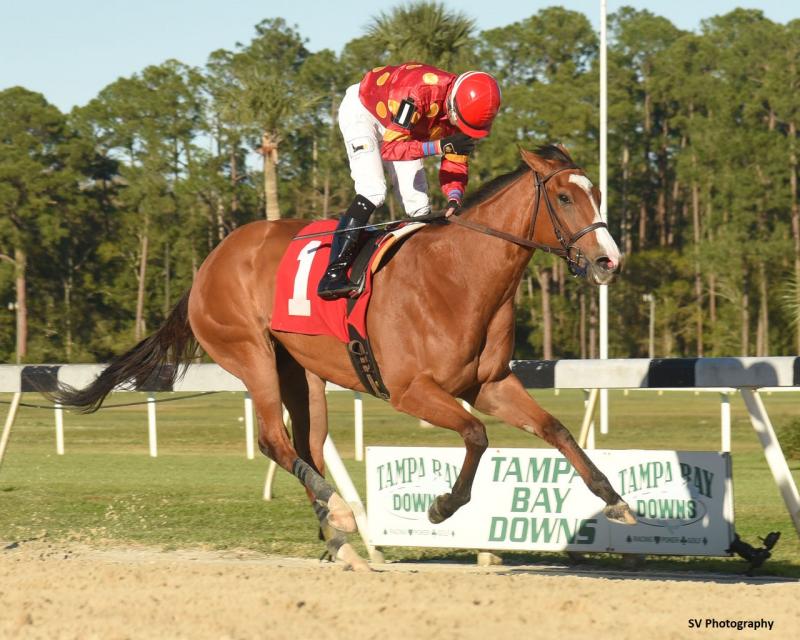 Saturday’s $200,000 Las Virgenes (G2) produced a rising star on the Road to the Kentucky Oaks, as 3-10 favorite Venetian Harbor dominated her stakes debut at Santa Anita.

A 10-length maiden winner here sprinting 6 1/2 furlongs, Venetian Harbor was stretching out to a mile. But she was equally imperious over the longer distance. Breaking on top, the Richard Baltas trainee sped straight to the early lead, rapidly opened up, and then kindly relaxed for jockey Flavien Prat. That allowed her pursuers to get closer down the backstretch and rounding the far turn.

Venetian Harbor was just patiently awaiting her cue. Once Prat turned her loose, she spurted away again in the lane, and despite gearing down, still crossed the wire 9 1/4 lengths clear. Venetian Harbor clocked 1:37.51 while earning her first 10 Oaks points.

“The plan was to break and just get her to relax,” Baltas told Santa Anita publicity. “She’s very strong and Flavien did a great job, getting her to relax. He said he was hanging on to her the whole way. It looked like at the three-eighths pole we might get passed but I was just hoping the public was right.

“I am very happy that she got the two turns – that was a little bit of a concern today. She had never been two turns and this is a tiring track. She trains at San Luis Rey. She is doing good down there; I didn’t want to change anything. She delivered today. It looks like now she may have to do some moving around, hopefully she comes back well and we will see (where we go next). She passed the first test.”

Campaigned by Ciaglia Racing, Highland Yard, and River Oak Farm, Venetian Harbor has earned $163,400 from her 3-2-1-0 record. She is by Munnings – the same sire as Oaks contender Finite – and out of the multiple stakes-placed Street Cry mare Sounds of the City. Venetian Harbor’s fourth dam in the female line (great-great granddam) is champion Safely Kept, who famously edged shadow-jumping Dayjur in the 1990 Breeders’ Cup Sprint (G1).

Earlier in Saturday’s $100,000 Suncoast S. at Tampa Bay Downs, Lucrezia likewise handled her stretch-out to two turns to score 10 Oaks points. Trained by Arnaud Delacour and ridden by Daniel Centeno, the 5-1 chance pressed the pace set by Two Sixty and drew off by five lengths.

Turtle Trax rallied from well back for second, good for 4 points. Motu, the slight 3-1 favorite, held third and its accompanying 2 points. Combined with her prior 4 points from placing in the Golden Rod (G2), Motu now has 6 in all. Next came Comical, whose 1 point for fourth brought up her total to 5, including her 4 points from the Chandelier (G1). Two Sixty tired to fifth, followed by Embossed, We the Clouds, the 3-1 Blame Debbie, and Miss Important.

Lucrezia is a daughter of leading sire Into Mischief and Grade 3 winner Verdana Bold, who has also produced 2017 Sunland Park Oaks heroine Ghalia. This is the further family of Grade 1-winning sprinter Game Face. 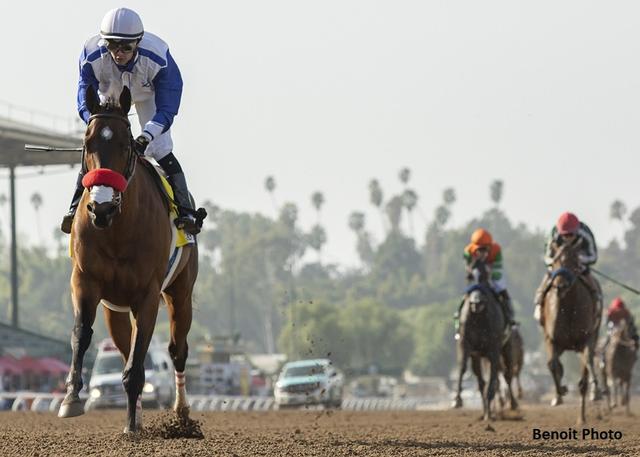