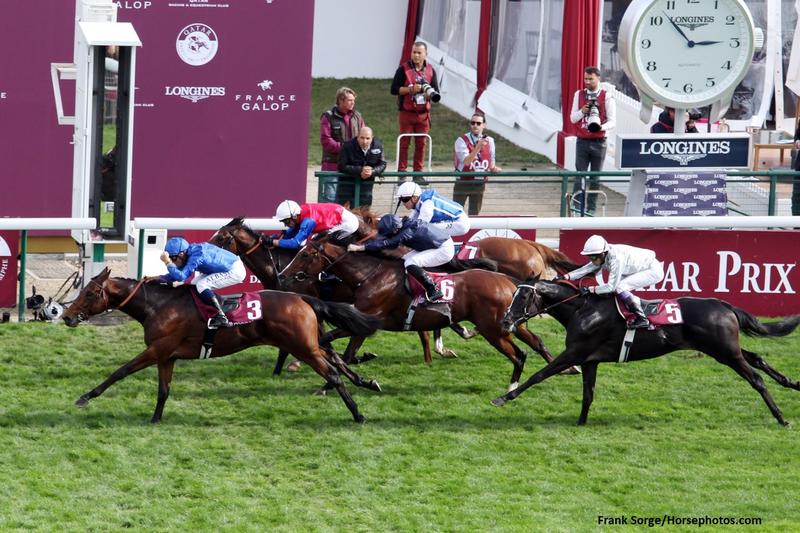 Victor Ludorum is expected to pursue the French classics in 2020 (Frank Sorge/Horsephotos.com)

Godolphin’s homebred Victor Ludorum stayed on strongly to reel in pacesetter Alson and extend his record to a perfect three-for-three in Sunday’s Prix Jean-Luc Lagardere (G1) at ParisLongchamp. The favorite banked 10 points on the European Road to the Kentucky Derby along with a free ticket to the Breeders’ Cup Juvenile Turf (G1).

Trained by Andre Fabre and confidently handled by Mickael Barzalona, Victor Ludorum passed not only a test of class, but also of conditions. The ground was listed as “very soft,” and according to Racing Post, some jockeys regarded it as riding closer to “heavy.”

The German colt Alson showed the way, tracked by Aidan O’Brien’s Armory, while Victor Ludorum was settled off the pace. Armory tried to go after the leader in the stretch, but couldn’t quicken enough. Fellow stalker Ecrivain likewise failed to pick up.

Victor Ludorum had no difficulty launching a rally, though, and rolled past Alson by three-quarters of a length. The final time for about one mile, 1:44.15, reflected the state of the going and the modest pace.

The well-named Victor Ludorum – Latin for “winner of the games” – won impressively in his unveiling here on September 1. The bay was equally emphatic in a September 14 conditions race at Chantilly. Both of those scores came on “good” courses, and his ability to perform on any type of ground adds to his appeal.

Victor Ludorum is the latest juvenile sensation sired by Shamardal (a son of Giant’s Causeway) after stablemate Earthlight and the Charlie Appleby-trained Pinatubo. All three Godolphin homebreds are unbeaten Group 1 winners with European classic aspirations in 2020.

Fabre’s preference is to keep Victor Ludorum in France next spring.

“We will obviously have to discuss things with Sheikh Mohammed, who has a good bunch of two-year-olds,” the horseman said. “Personally, I would aim Victor Ludorum at a French classic campaign, with the French Guineas (G1) and the Prix du Jockey Club (French Derby) (G1).”

Out of the Group 3-placed Antiquities, Victor Ludorum is a half-brother to stakes winner Mary Tudor, the third-placer in the 2018 Irish Oaks (G1). He descends from 1985 Irish Oaks heroine Helen Street, the dam of Street Cry (best known as the sire of Zenyatta, Street Sense, and Winx). 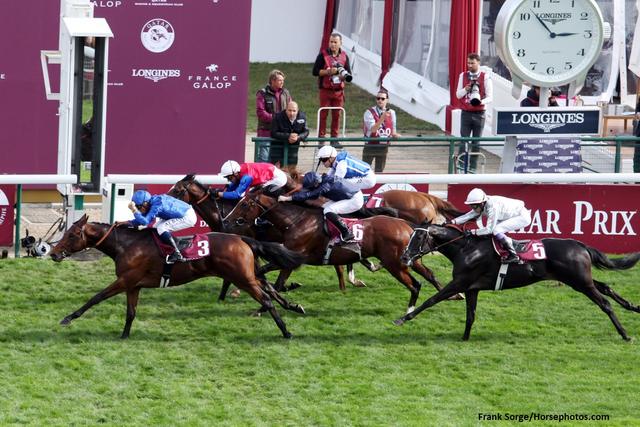