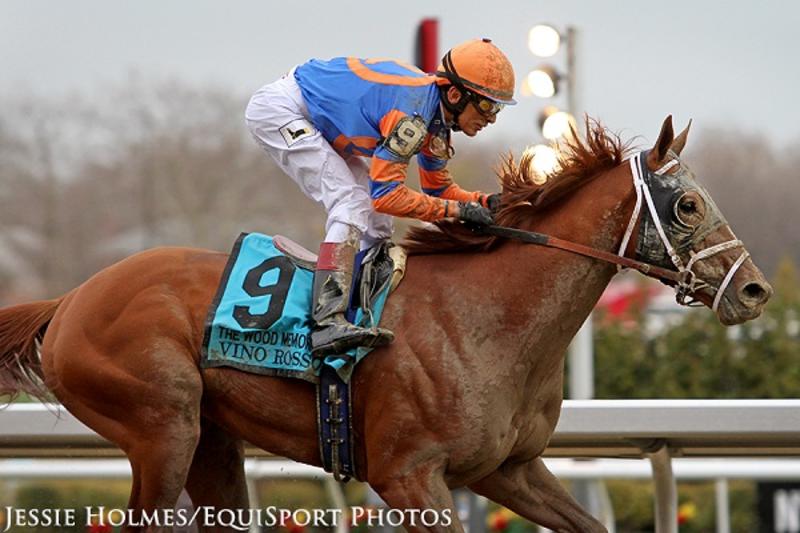 Vino Rosso rallied wide into contention on the far turn and after battling with Enticed to midstretch, the 3-year-old colt drew away to a three-length victory in Saturday’s $750,000 Wood Memorial (G2) at Aqueduct. He rebounded nicely from a disappointing fourth in the Tampa Bay Derby (G2) and survived a stewards’ inquiry after drifting in and repeatedly bumping with the runner-up.

Owned by Repole Stable and St. Elias Stable, Vino Rosso picked up a 100-point prize in the Road to the Kentucky Derby qualifier and Todd Pletcher-trained son of Curlin joins stablemates Audible, Magnum Moon and Noble Indy in the projected 20-horse Kentucky Derby field on May 5. He left the starting gate as 4-1 third choice among nine runners.

Old Time Revival sped away at the start to establish a fast pace, reaching the opening quarter-mile in :22.96 with a 4 ½-length advantage and the half-mile point in :46.68 up by six lengths. Enticed stalked the runaway leader in second and Vino Rosso settled about 10 lengths off the pace in midpack with John Velazquez.

The pacesetter began to weaken on the far turn and Vino Rosso launched a bold rally about five-wide to reach even terms with Enticed as they hooked up in a two-horse battle turning for home. Enticed entered the stretch well off the rail but was forced inward as Vino Rosso failed to maintain a straight path, angling in and repeatedly bumping his rival.

"I got close to him and he was coming out," Velazquez said. "So, I made my horse switch leads and when he switched, I leaned on him a little bit, and then he pushed me out and my horse went right back on him. That's what happened. I got him easy, anyway. He was holding his ground out and I was holding him back in. He was the horse to beat and I wasn't going to give him a chance."

Vino Rosso gained the upper hand in the final sixteenth of a mile and completed the 1 1/8-mile event in 1:49.79. Enticed easily held second as the 6-5 favorite, 2 ¼ lengths clear of Restoring Hope, who raced in third throughout as the 7-2 second choice. It was another six lengths to Firenze Fire in fourth.

Stewards immediately lit the inquiry sign and Junior Alvarado filed an objection for Enticed. After a lengthy review, officials ruled the bumping didn’t affect the final outcome and let the result stand.

"He was a little farther back than I thought he would be, but when you take the pacesetter out, he really was close to the contenders," Pletcher said. "I felt good about it. I was just hoping he would sustain his momentum around the turn, and he finished up and did great. We're feeling like we're seeing a horse that has that talent, and he's doing well, and we felt like that mile and an eighth is something he's looking for. This is the performance we've been looking for." 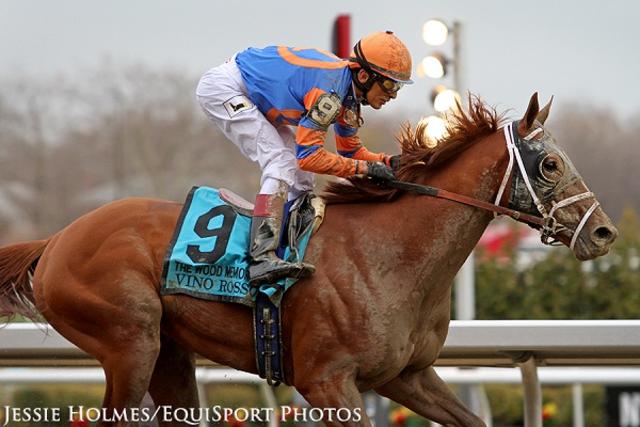