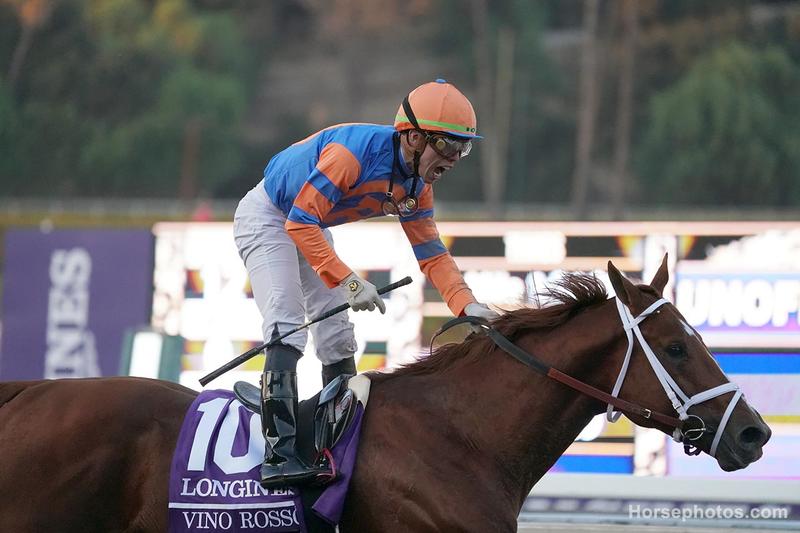 Vino Rosso, a veteran of the 2018 Kentucky Derby, continued his ascent through the racing ranks with a dominant triumph in the $6 million Breeders’ Cup Classic (G1) on November 2 at Santa Anita.

Winner of the 1 1/4-mile Gold Cup at Santa Anita (G1) during the spring, Vino Rosso relished his return trip to California and delivered a career-best performance on racing’s biggest stage.

Under a perfect ride from jockey Irad Ortiz Jr., Vino Rosso settled in fourth place early on, within striking range as Preakness (G1) winner War of Will posted steady fractions of :23.09, :47.16, and 1:10.71 while being closely pursued by Mongolian Groom and race favorite McKinzie.

As the field rolled around the final turn, Ortiz allowed Vino Rosso to advance, and the son of Curlin rallied smoothly into contention. As McKinzie forged to the front, Vino Rosso tracked his move and gradually reeled in the leader before pulling away to score by 4 1/4 lengths.

“It’s been a while since I came into a race of the magnitude with a horse doing this well,” said winning trainer Todd Pletcher, who was securing his first victory in the Classic. “Every indication in his works, the way he shipped in, the way he galloped over the track. Everything was there indicating he was sitting on a lifetime best performance.”

Owned by Repole Stable and St. Elias Stable, Vino Rosso stopped the clock for 1 1/4 miles in 2:02.80 over a slow and tiring track. The slow-starting Higher Power rallied to finish third, while the mare Elate rounded out the top four.

Mongolian Groom suffered an injury to his left hind leg early in the homestretch and was transported to the equine hospital at Santa Anita, where he was humanely euthanized following a thorough examination.

Winner of the Wood Memorial (G2) as a 3-year-old, Vino Rosso finished ninth in the 2018 Kentucky Derby, but has improved significantly with maturity.

“We sensed it early on this year that he was a little more mature, more focused, more into his daily training,” said Pletcher. “I think it’s really a case of him getting time to develop and mature. We always felt he would be a better 4-year-old than 3-year-old. Just happy it turned out to be right.” 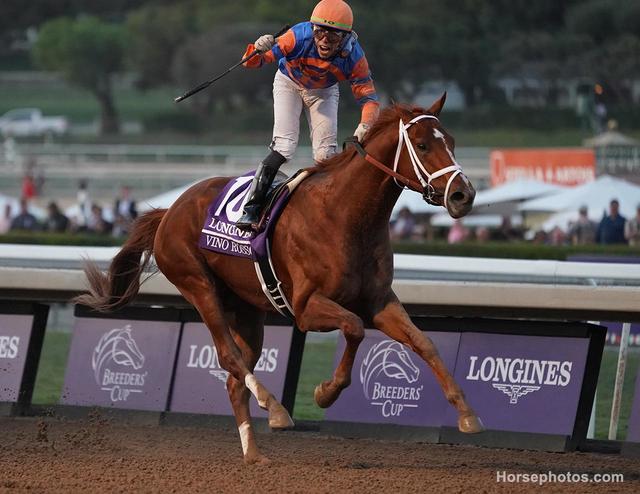