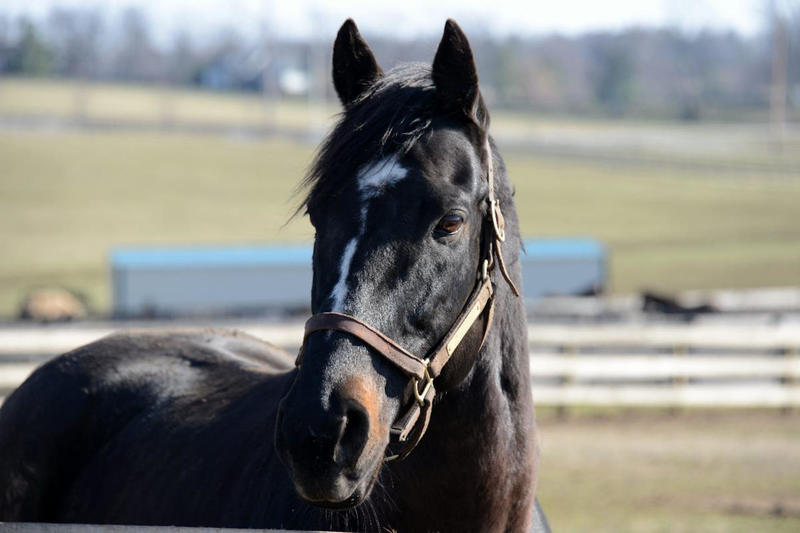 War Emblem, upset winner of the 2002 Kentucky Derby (G1) and the champion 3-year-old colt of that season, passed away in his paddock at the Old Friends Equine Retirement Center in Georgetown, Kentucky, on the morning of Mar. 11. He was 21.

War Emblem had resided at Old Friends since 2015, when he was pensioned from stud duty at the Shadai Stallion Station in Hokkaido, Japan. He sired fewer than 200 foals in more than a decade of service, his most noted offspring being Robe Tissage, the champion juvenile filly of 2012 in Japan.

Although he had a difficult and temperamental disposition, which required him being in a double-fenced paddock at Old Friends, War Emblem was much loved by farm owner Michael Blowen.

"We're very grateful to Mr. Yoshida and all of the fans who helped get War Emblem to Old Friends nearly five years ago," said Blowen. "I know we're supposed to appreciate all of our retirees the same but he was one of the very special ones. He was tough, narcissistic, bold, and handsome. I adored him.

"I proudly count among a very meager number of accomplishments the day he allowed me to put his halter on without biting me. He trusted me. What more could I ask for? The farm will recover from his loss over time, but it'll never be the same."

The Kentucky Derby was War Emblem's first start for his new connections, and the colt surprised many with a wire-to-wire, four-length win under Victor Espinoza as a 20-1 longshot. War Emblem followed up with a narrower victory in the Preakness (G1), but stumbled badly at the start of the Belmont S. (G1) and finished eighth when bidding for the Triple Crown.

War Emblem bounced back to win the Haskell Invitational (G1), but went unplaced in the Pacific Classic (G1) and Breeders' Cup Classic (G1) to round out his career. He won seven times in 13 starts with earnings of $3,491,000.

By Our Emblem, a multiple Grade 1-placed son of Mr. Prospector and the Hall of Fame mare Personal Ensign, War Emblem was reared by Sweetest Lady, by Lord at War. 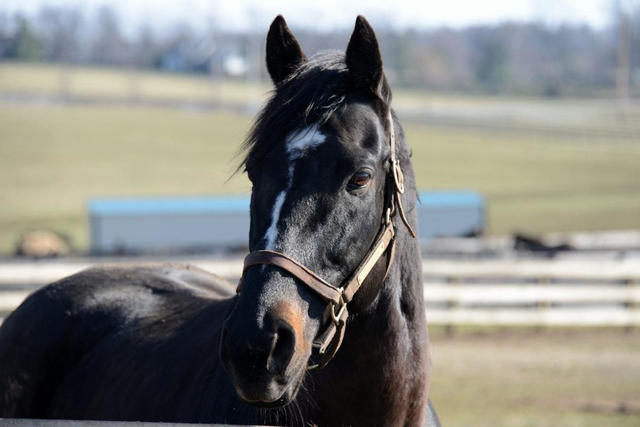