West Coast jumps up in Travers 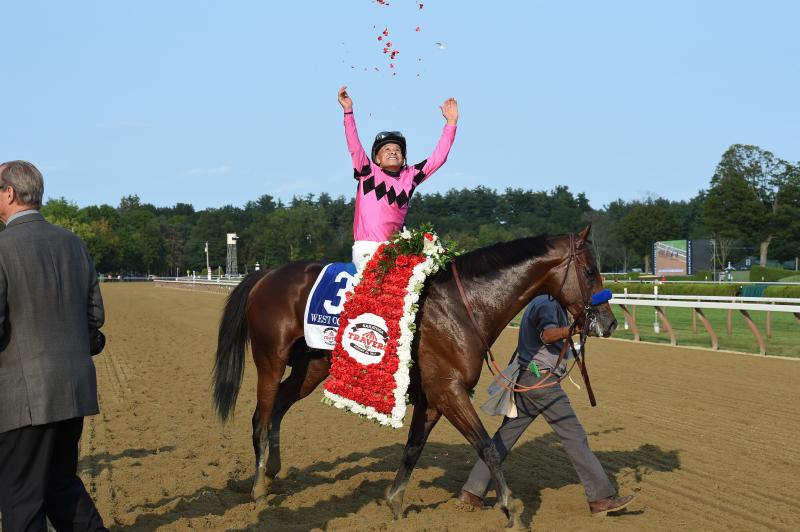 Last August, Gary and Mary West headed to the Travers (G1) with an improving colt named American Freedom. Widely regarded as Bob Baffert’s leading contender at that time, he wound up second best to his track record-setting stablemate – Arrogate.

In Saturday’s renewal of the $1.25 million Travers, the Wests gained compensation with another up-and-comer from the Baffert barn, West Coast. The 6-1 shot sped to the early lead for Mike Smith and kept on going to prevail by a commanding 3 1/4 lengths. His time of 2:01.19 was off Arrogate’s superb 1:59.36 around Saratoga’s 1 1/4-mile trip, but fast enough to garner a lofty 112 Brisnet Speed rating.

Gunnevera rallied for second, outperforming his 24-1 odds by drawing 2 1/4 lengths clear of the 5-1 Irap. Next came Tapwrit, fourth in his first start since capturing the Belmont S. (G1). Tapwrit’s effort was far better than the other two Triple Crown race winners. Preakness (G1) victor Cloud Computing was only eighth, and Kentucky Derby (G1) hero Always Dreaming turned in his third straight dud in a distant ninth of 12.

Like Arrogate, West Coast did not run at two or compete in any of the Triple Crown races. The May 14 foal was unveiled February 17 at Santa Anita, finishing a promising second. A good-looking maiden winner next time out at the same track, he shipped to Keeneland for the Lexington (G3) and appeared to have the race in the bag, only to idle and get caught by Senior Investment.

Baffert thought about trying him in the Belmont, but after a workmanlike allowance score back at Santa Anita, the Hall of Famer decided that he wasn’t ready for the 1 1/2-mile “Test of the Champion.” Instead, West Coast ran in the Easy Goer on Belmont Day and rolled by 3 3/4 lengths. He stretched out to 1 1/8 miles for the Los Alamitos Derby (G3), again closing strongly to win going away, and signaling that now he was ready for the big leagues.

West Coast proved it in the Travers, setting himself up for a fall campaign that could put him in the discussion for an Eclipse Award. With the three-year-olds taking turns winning major races on the dirt, many observers are looking elsewhere for divisional leadership -- namely, to turf star Oscar Performance, winner of three straight including the Belmont Derby Invitational (G1) and Secretariat (G1) over international shippers. The Eclipse Award for champion three-year-old colt might force a turf vs dirt decision for the voters, unless West Coast or another dirt performer can establish clear-cut superiority on the traditional American surface.

Another going the right way at the moment is Battle of Midway, the Kentucky Derby third-placer, who romped in the Shared Belief S. at Del Mar later Saturday evening. Trained by Hall of Famer Jerry Hollendorfer, the Don Alberto Stable and WinStar Farm runner could be bound for the $1 million Pennsylvania Derby (G1) September 23 at Parx. 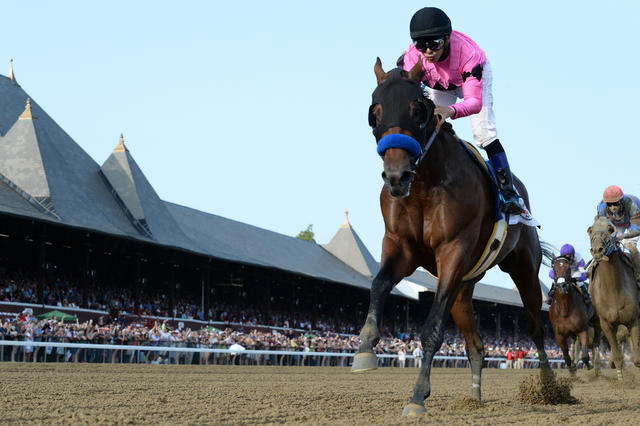