What to watch for in Saturday's Belmont Stakes

Saturday's $1.5 million Belmont S. (G1) concludes the 2016 Triple Crown, and while the absence of Kentucky Derby (G1) winner Nyquist lessens the appeal of the 1 1/2-mile classic to the casual fan, what happens in the Belmont could still have a significant impact on the three-year-old championship.

Morning-line favorite Exaggerator, who finished second in the Derby before winning the Preakness (G1), would get leg-up in the race for divisional honors with a victory. In the Eclipse Award era, which dates to 1971, 22 of the 24 three-year-olds that captured two-thirds of the Triple Crown went on to be named champion. The lone exceptions were Riva Ridge (1972) and Tabasco Cat (1994), who eventually lost to rivals that defeated older horses on multiple occasions.

The gap between Exaggerator and the rest of the field in both the Derby and Preakness figures to make him a solid choice despite the fact 12 others will line up against him. Besides Preakness runner-up Cherry Wine and Stradivari, who ran a credible fourth in the Preakness in what was his stakes debut, Exaggerator's main foes will all be rivals he previously faced in the Derby.

Deep closers Suddenbreakingnews and Creator, fifth and 13th in the Derby, respectively, both endured trouble during the course of their 1 1/4-mile trips in Louisville. The late addition to the Belmont of the speed horse Gettysburg, a stablemate of Creator's, should ensure both have an adequate chance to make up ground late, but the presence of this "rabbit" figures to aid others as well, including Exaggerator.

Also taking in the Belmont after running in the Derby and skipping the Preakness are Destin and Brody's Cause. Destin is one of only two in the Belmont field with a win over the track, and his sixth-place finish in the Derby has to be viewed as good considering he had not run in the eight weeks prior to the Run for the Roses. Brody's Cause ran seventh at Churchill Downs without any significant excuse, which suggests he might be a cut below some of these.

Then there's Japanese invader Lani, who finished ninth in the Derby and then fifth in the Preakness after making up more than 20 lengths. His connections insist the colorful colt will run his best race of the three in the Belmont, but on paper that would require nearly all of the main contenders to run below par while he ran a career best. It's not impossible, but a stretch.

Filling out the field is Peter Pan (G2) runner-up Governor Malibu, who should be more forwardly placed than may of these but hasn't faced a field this good; recent maiden winners Seeking the Soul and Forever d'Oro; and Trojan Nation, who is still a maiden after his 16th place finish in the Kentucky Derby.

Ultimately, the appeal of this Belmont is to see how well Exaggerator performs. He's an exciting colt who has arguably become more consistent since adopting a one-run closing style, the kind that's appealed to horse racing fans for generations. 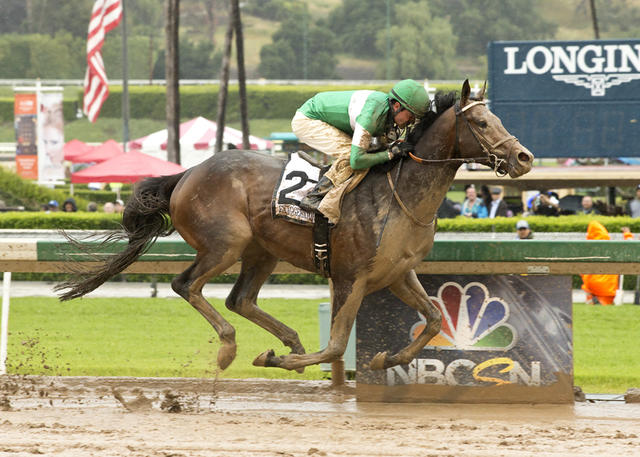