Overlooked at 52-1, Wholebodemeister established herself as a Kentucky Oaks contender with a runaway victory in Saturday’s $200,000 Davona Dale S. (G2) at Gulfstream Park.

The Juan Avila-trained filly sped forward from her rail post to duel for the early lead. She began to edge away rounding the far turn and drew off entering the stretch, rolling home to a 6 1/2-length decision.

Edgard Zayas was up for owner/breeder Sabana Farm, and Wholebodemeister completed the one-turn mile in 1:36.89.

The Bodemister filly entered on the upswing for her connections. After recording unplaced efforts in her first two stakes attempts, Wholebodemeister posted a respectable third, beaten only 1 3/4 lengths, in the Jan. 30 Forward Gal S. (G3) at Gulfstream.

Her career line now reads 7-3-0-1. The Davona Dale awarded points on a 50-20-10-5 scale as a Road to the Kentucky Oaks qualifier, and Wholebodemeister now sits second on the leaderboard with 52 points.

Curlin’s Catch, Happy Constitution, 3-1 second choice Millefeuille, and Three Tipsy Chix came next. Champion two-year-old filly and 1-2 favorite Vequist, who was making her first start since winning the Breeders’ Cup Juvenile Fillies (G1), weakened to ninth. Adios Trippi was pulled up and walked off the track.

The Gulfstream Park Oaks (G2) on March 27 is likely next for Wholebodemeister. 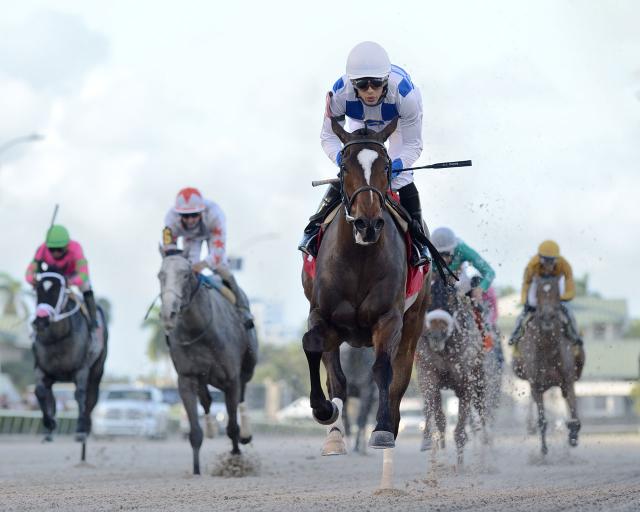