Two-time sprint stakes winner Yorkiepoo Princess will have a chance to stretch her speed over 1 1/16 miles on Saturday in the $150,000 Busher at Aqueduct, a Kentucky Oaks (G1) prep that yielded 2013 winner Princess of Sylmar.

The Busher is one of two Oaks preps Saturday that award 50 qualifying points to the race's winner, the other being the Rachel Alexandra (G3) at Fair Grounds. Points of 20-10-5 will go to the second- through fourth-place finishers.

After graduating in a maiden claiming race over a mile at Belmont and faltering in a grass stakes last fall, Yorkiepoo Princess has dominated in her last two outings -- the $98,000 Furlough and $100,000 Ruthless -- both over six furlongs at Aqueduct. The daughter of Kantharos will be ridden by Irad Ortiz Jr., who has been aboard for all three of her wins.

Half the Busher field are exiting maiden victories. The Jimmy Jerkens-trained Full House is one, and could feature prominently if able to run back to her dominating February 4 performance which she won by 13 3/4 lengths.

Trainer Todd Pletcher, who conditioned Princess of Sylmar, has two in the Busher field, including No Sweat. The Parx graduate made her stakes debut in the last month's $98,000 Busanda, finishing a distant third to Lockdown. 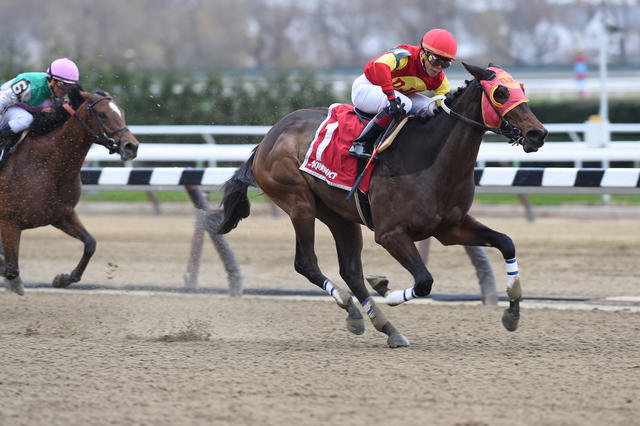