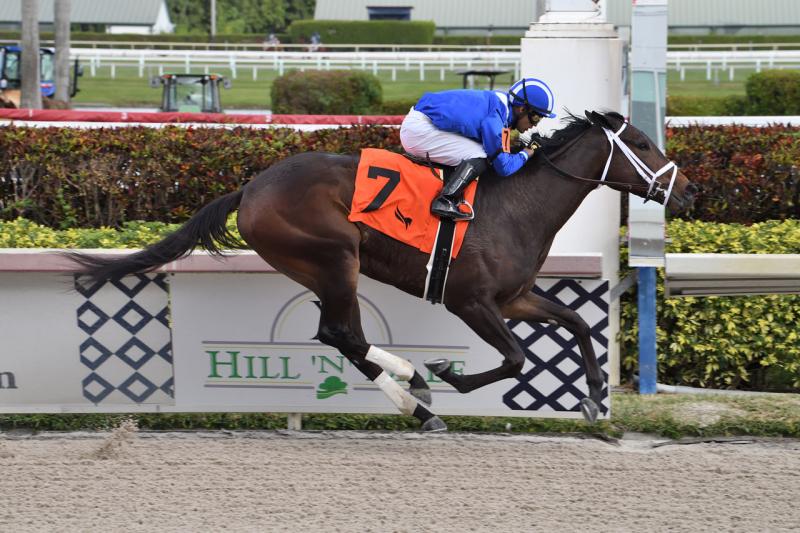 In the $100,000 Forward Gal, Zaajel was tossing her head in the gate, and although quieted, she broke a beat slow. Regrouping under a patient Luis Saez, the Todd Pletcher filly eventually worked her way into contention down the backstretch.

But favorite backers couldn’t feel overconfident as Zaajel overtook pacesetter Queen Arella on the far turn. Edging away gradually, she didn’t establish separation from the pack. Dial to Win was giving dogged pursuit, and Lady Traveler began to close late on the outside.
Zaajel had more in reserve, however, than she let on. The daughter of 2007 Kentucky Derby (G1) star Street Sense kept on too strongly, held Lady Traveler at bay by 1 1/4 lengths, and clocked 1:24.72.

Pletcher said that Zaajel had him worried early.

“I was really pleased with the outcome,” her trainer said. “I was pretty concerned at the start. She got a little antsy in the gate and missed the break, and she put in a long, sustained run. That’s hard to do, especially in her second start going from a maiden to a graded stake. But she’s trained like a quality filly and she overcame some adversity today, so we’re proud of her.”
Now 2-for-2, Zaajel has earned $84,140 and 10 points toward the Kentucky Oaks. Lady Traveler received four points for her runner-up effort. Wholebodemeister rallied on the inside to snatch two points in third, and Dial to Win got one point in fourth. Coach Jer’s Joy, Competitive Speed, Three Tipsy Chix, and Queen Arella concluded the order under the wire.
Martha Washington
The $200,000 Martha Washington, held around a two-turn mile, produced a bigger margin of victory as Will’s Secret rolled by 5 1/4 lengths at a muddy Oaklawn.
Trained by Dallas Stewart and piloted by Jon Court, the daughter of champion Will Take Charge was stepping up from a Fair Grounds maiden win in her fourth attempt. She drafted a couple of lengths behind a contested pace before striking.
Up front, Sylvia Q battled to the lead from Lady Lilly, then got pressure from Joy’s Rocket, who put her head in front on the far turn. By that point, 4-5 favorite Coach was trying to overcome a tough trip. After getting pinched back to last in the opening strides, Coach improved position and offered a bid, but she was already under a drive turning for home.
Will’s Secret, in contrast, was traveling much more readily as she commenced a circling move. Powering away from Joy’s Rocket upon straightening, she finished in 1:38.78 to bank 10 Oaks points.

Coach found her second wind to catch Joy’s Rocket by a half-length, adding four points for an overall total of six. Joy’s Rocket held third, good for two points, to up her Oaks tally to three points. While Joy’s Rocket turned in a creditable effort in this two-turn debut, she ran as though preferring to revert to sprints. Another 6 3/4 lengths back came Sylvia Q, who received one point for taking fourth in a photo with Lady Lilly and Novel Squall. 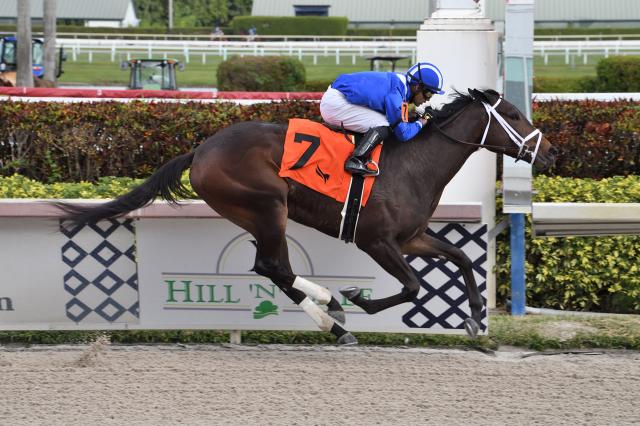