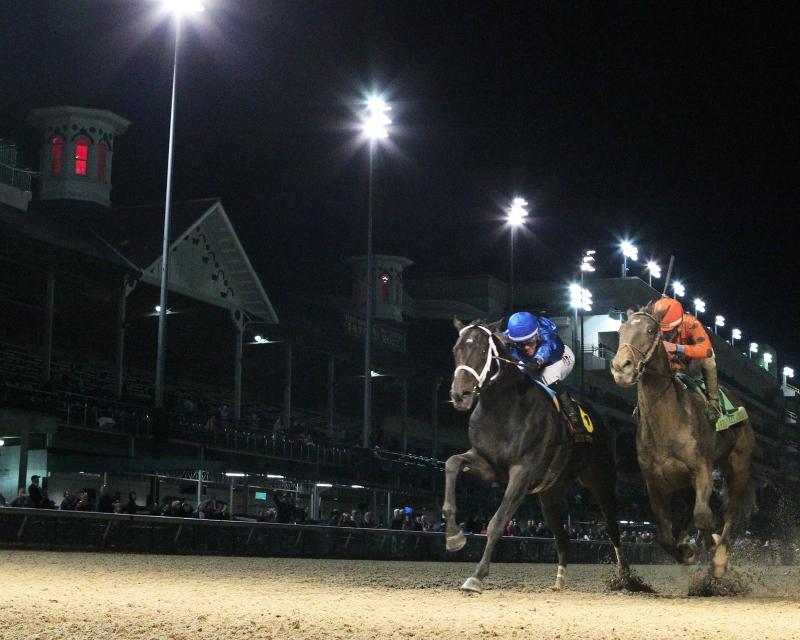 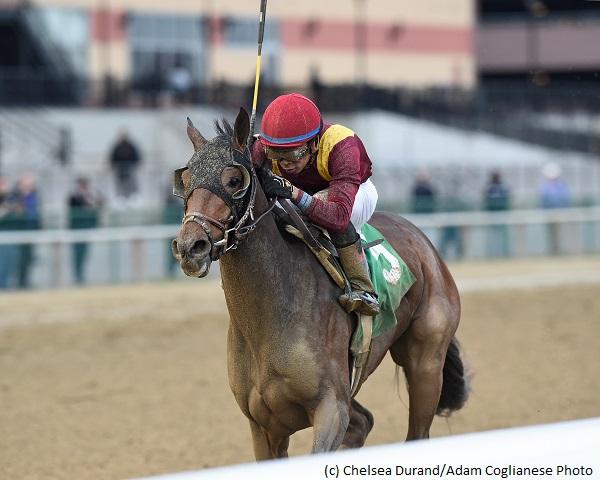 Trying to find a clear leader among 2018 Kentucky Derby contenders with all the 2-year-old qualifying races complete is just about an impossible task.

No horse has won more than one of the nine U.S. juvenile races that form the early part of the Road to the 2018 Kentucky Derby series. As a result, no horse has more than 24 qualifying points come the end of 2017.

Early on there was one colt that looked like he could dominate. Having earlier won the Del Mar Futurity (G1, not a part of the Road series), Bolt d’Oro (Medaglia d’Oro) looked a superstar in the making when he demolished the field in the FrontRunner Stakes (G1) at Del Mar Sept. 30. He jumped well for the first time in his career, and proceeded to run away from Solomini (Curlin) in the stretch.

Unfortunately, he jumped badly again from a wide draw in the Breeders’ Cup Juvenile. He showed great courage to loom into the contest during the final turn, but the best he could do was third.

Heading the table on 24 points is Good Magic (Curlin). He arrived at the Breeders’ Cup Juvenile (G1) as a maiden, having finished second in a Saratoga maiden and then second to Firenze Fire in the Champagne Stakes (G1) at Belmont Park, earning himself four points. He then broke his maiden status in style in the Juvenile, powering away in the stretch to beat Solomini by 4 ½ lengths, earning 20 points in the process.

The Breeders’ Cup Juvenile form – and that of the FrontRunner Stakes – held up in the Los Alamitos Futurity (G1) in December, when Solomini was first past the post. Though he was the best on the day, he was disqualified and placed third after interfering with Instilled Regard (Arch), possibly stopping that horse of beating home McKinzie (Street Sense), who was just a head in front of him.

The race was awarded to McKinzie, who remained unbeaten. He should be a player on the Derby trail, though Solomini certainly put in the best effort from a Derby point of view.

Enticed (Medaglia d’Oro) is next on the chart with 12 points, having finished third in the Champagne Stakes behind Firenze Fire and Good Magic before narrowly beating Tiz Mischief (Into Mischief) in the Kentucky Jockey Club Stakes (G3). It again enhances respect for the Breeders’ Cup Juvenile form, though Enticed looks like he needs some more improvement to be competitive in the Derby preps.

The most impressive of the others was arguably Catholic Boy. He won the Remsen Stakes easily on his first dirt start, having previously finished fourth in the Breeders’ Cup Juvenile Turf (G1). The Remsen field wasn’t strong but Catholic Boy looked a very good horse.

Solomini, Tiz Mischief, and Instilled Regard look the best of the horses that have earned points on the Road to the Kentucky Derby without winning a race, though all of them will need to improve. There’s also a couple of horses that haven’t contested any series races that look to be serious chances, among them the impressive Belmont Park debut winner Montauk and the Breeders’ Cup Juvenile Turf winner Mendelssohn, a half-brother to Beholder who’s reportedly set to be aimed at the Kentucky Derby in May.

There’s still 26 qualifying races to be held before the Derby itself, and it’s quite possible the eventual winner isn’t among the horses discussed above. The series resumes with the Jerome Stakes Jan. 1.