5 Fast Facts about the Jerome Stakes, the first Road to the Kentucky Derby qualifier of 2018

1. First run in 1866, the Jerome Stakes is the second-oldest stakes race in the United States, behind the Travers Stakes. It is named after successful New York financier Leonard Jerome, whose daughter Jennie Jerome is the mother of Winston Churchill.

3. For much of its history the Jerome Stakes was held in September. During that time, it was one of the most significant races for 3-year-olds in the country. It was moved to April in 2011 and from Belmont Park to Aqueduct, and two years later it was moved to early January and increased in distance to one mile and 70 yards.

4. The honor roll for the Jerome Stakes is a lengthy and impressive one. The inaugural Kentucky Derby winner Aristides was successful in 1875, while other 19th-Century victors include Hall of Famers Harry Bassett, Duke of Magenta, and Firenze. Its 20th-Century winners include Fair Play (sire of Man o’ War), Capot, Hill Prince, Tom Fool, Bold Ruler, Kelso, Carry Back, Chateaugay, and Bold Bidder.

5. Since its move to January, the Jerome Stakes has been downgraded from Grade 3 to Listed status. It’s the first of four 2018 prep races at Aqueduct in the Road to the Kentucky Derby series (along with the February 3 Withers, March 10 Gotham and April 7 Wood Memorial), though the only Jerome winner to make it to the first Saturday in May was 2013 winner Vyjack. 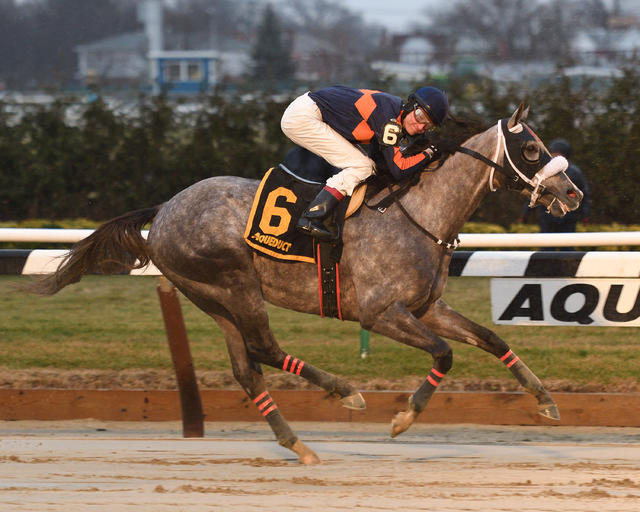