Steve Asmussen and Brad Cox have both won multiple editions of the Kentucky Oaks, but the leading Churchill Downs trainers are both seeking their first Kentucky Derby victory. They will send out early hopefuls for the 2021 Run for the Roses in Saturday’s $400,000 Breeders’ Futurity (G1) at Keeneland.

The Road to the Kentucky Derby series qualifier will award 17 points to the top four finishers (10-4-2-1 scale), and a field of nine is set for the 1 1/16-mile Breeders’ Futurity, which will also award a berth to the Nov. 6 Breeders’ Cup Juvenile (G1) at Keeneland.

Essential Quality exits an outstanding debut win on the Sept. 5 Kentucky Derby undercard for Cox, extracting himself from tight quarters in the stretch drive to win going away by four lengths. The Godolphin homebred son of Tapit will add a new rider in Luis Saez on Saturdaty.

Calibrate is eligible to compete for favoritism following a sharp first-out win at Saratoga on Aug. 15, leading wire-to-wire in a 4 1/2-lengths. The Asmussen-trained son of Distorted Humor will keep Ricardo Santana Jr. in the saddle. Asmussen also will be represented by Super Stock, who exits a third in the Sept. 5 Iroquois (G3) under the Twin Spires.

Other contenders include King Fury, who won his first start at Churchill Downs by open lengths for Kenny McPeek; and Founder, who jumps to stakes company for Chad Brown off a last-to-first debut win at Saratoga over a muddy track.

On Friday at Keeneland, seven juvenile fillies will square off in the $350,000 Alcibiades (G1). The 1 1/16-mile race serves a Road to the Kentucky Oaks series qualifier and a “Win & You’re In” for the Breeders’ Cup Juvenile Fillies (G1).

Thoughtfully, who improved to 2-for-2 with a five-length triumph in the Aug. 12 Adirondack (G2) at Saratoga, looks like a major player for Asmussen. Travel Column, a well-built daughter of freshman sire Frosted, is eligible to run big for Cox following a convincing debut maiden win on the Sept. 3 Kentucky Oaks undercard at Churchill Downs.

Other runners of interest include Ellis Debutante S. winner and Pocahontas (G3) runner-up Crazy Beautiful; Simply Ravishing, who will stick to the main track following a romping win in the off-the-turf P.G. Johnson S. at Saratoga; and convincing Arlington Park debut scorer Gramercy. 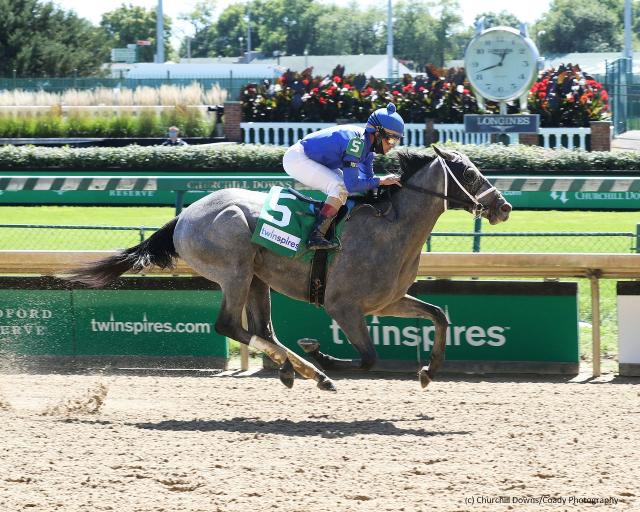