Authentic holds on in Haskell 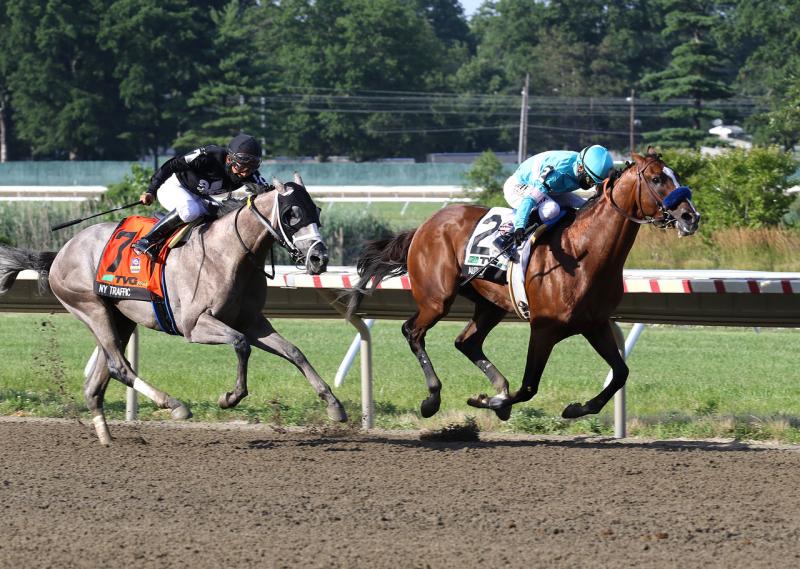 Authentic held on to win Saturday’s $1 million Haskell (G1) at Monmouth Park, turning back Ny Traffic by a nose in his final Kentucky Derby prep. The son of Into Mischief rebounded from his lone career setback, a runner-up in the June 6 Santa Anita Derby (G1), and trainer Bob Baffert padded his record total with a ninth Haskell victory.

The 1 1/8-mile test awarded points on a 100-40-20-10 scale as a major qualifier in the Road to the Kentucky Derby series, and Authentic moved to second on the Derby leaderboard with 200 total points.

Owned by Spendthrift Farm, MyRaceHorse Stable, Madaket Stables, and Starlight Racing, Authentic led the way unopposed through fractions in :23.60, :47.52, and 1:11.50 with Mike Smith sitting chilly on the pacesetter. Ny Traffic was hustled to stay close during the opening stages, trailing by at least a length in second to the completion of the far turn, and Authentic appeared on his way to an easy wire-to-wire score when edging away to lead by 2 1/2 lengths with a furlong remaining.

Things got interesting late. Whether Authentic lost his focus or simply tired can be debated, but his stride shortened as Ny Traffic suddenly began to rapidly close the gap in deep stretch and just missed on the wire.

Favored at 3-5 odds, Authentic stopped the teletimer in 1:50.45. The winner was bred in Kentucky by Peter E. Blum Thoroughbreds and is out of the Mr. Greeley mare Flawless. Purchased for $350,000 as a yearling, Authentic won his career debut last fall and opened this year with convincing wins in the Sham (G3) and San Felipe (G2) at Santa Anita.

Ny Traffic, who was exiting a second to sidelined Maxfield in the May 23 Matt Winn (G3) at Churchill Downs, finished 4 1/2 lengths ahead of 9-5 second choice Dr Post in third. Jesus’ Team, Fame to Famous, Lebda, and Ancient Warrior came next under the wire. 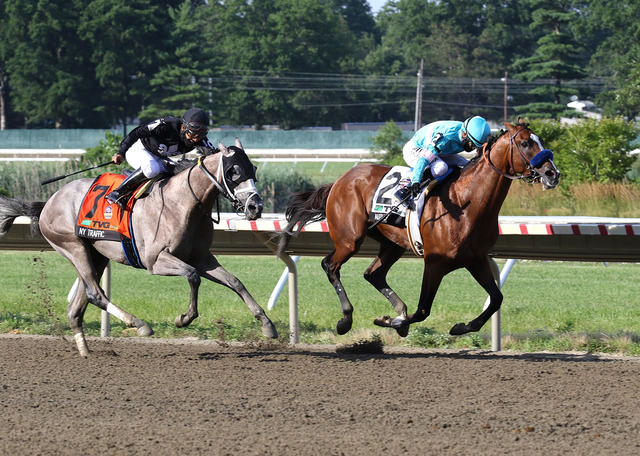