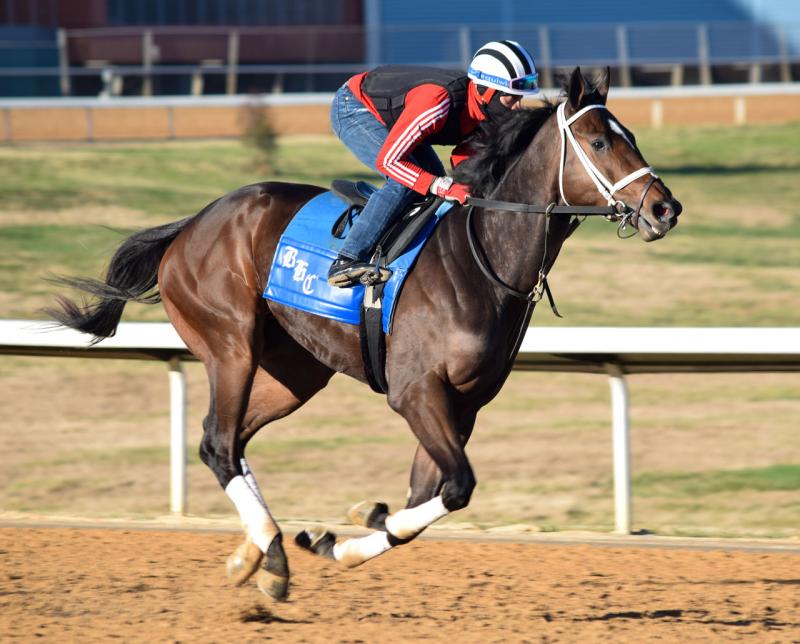 The one-mile Smarty Jones marks the stakes debut of the Brad Cox-trained Caddo River, a flashy maiden winner when last seen at Churchill Downs Nov. 15. The Hard Spun colt dominated the one-turn mile in front-running fashion by 9 1/2 lengths, and now tackles the same distance around two turns. A homebred for the Shortleaf Stable of prominent Arkansan John Ed Anthony, Caddo River had finished second in a pair of key maidens at Saratoga and Belmont Park before his breakthrough. Caddo River is drawn in the outside post 7 with a returning Florent Geroux.

If Caddo River brings the potential, Cowan sets the standard on form. The Steve Asmussen pupil has been competing in stakes ever since his debut win at Churchill last May, compiling runner-up efforts in his last three. Finishing fast in both the Breeders’ Cup Juvenile Turf Sprint (G2) and Indian Summer at Keeneland, Cowan reverted to dirt when a distant second to Senor Buscador in the Dec. 18 Springboard Mile at Remington.

Asmussen also sends out a recent arrival to his barn in Big Thorn, a Florida homebred for Arkansans Alex and JoAnn Lieblong. Previously based in the Sunshine State, the son of past Lieblong star The Big Beast romped over state-breds in the off-the-turf Juvenile “Turf” S. at Gulfstream Park West. Big Thorn comes off a well-beaten sixth, however, in the Jan. 2 Mucho Macho Man versus open company at a mile.

Fellow Florida shipper Moonlite Strike has put together back-to-back scores for Saffie Joseph. The Liam’s Map colt broke his maiden in an off-the-turf event at Gulfstream Park West, then wired an entry-level allowance at Gulfstream Park. Moonlite Strike just lasted by a head around that one-turn mile, and now must carry his speed more effectively around two turns.
Two entrants competed at Hawthorne last fall. Martini Blu rolled in his Dec. 27 unveiling over a mile and 70 yards, making him the only Smarty Jones runner with a two-turn win. He’s trained by McLean Robertson, who had success with Win Willy on the 2009 Derby trail here. The other Hawthorne alum, Lawlessness, has yet to race beyond 6 furlongs. The Ingrid Mason runner rallied to break his maiden and to take third in an Oct. 30 allowance, and now adds blinkers on the stretch-out.
Hardly Swayed represents the same connections as last year’s heartwarming Derby hopeful, one-eyed Finnick the Fierce. Owned by Arnaldo Monge and trained by Rey Hernandez, the well-bred Bernardini colt has won two in a row sprinting at Mahoning Valley.
Worth Derby points on the 10-4-2-1 scale to the top four finishers, the Smarty Jones is carded as the 8TH race with a post time of 5:11 p.m. (ET) Friday. 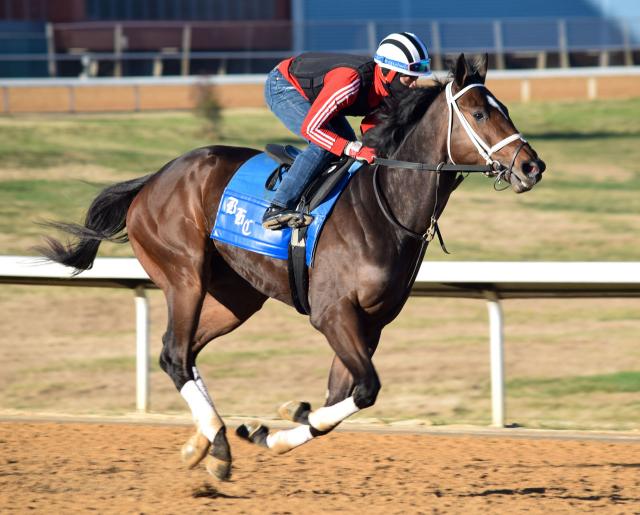