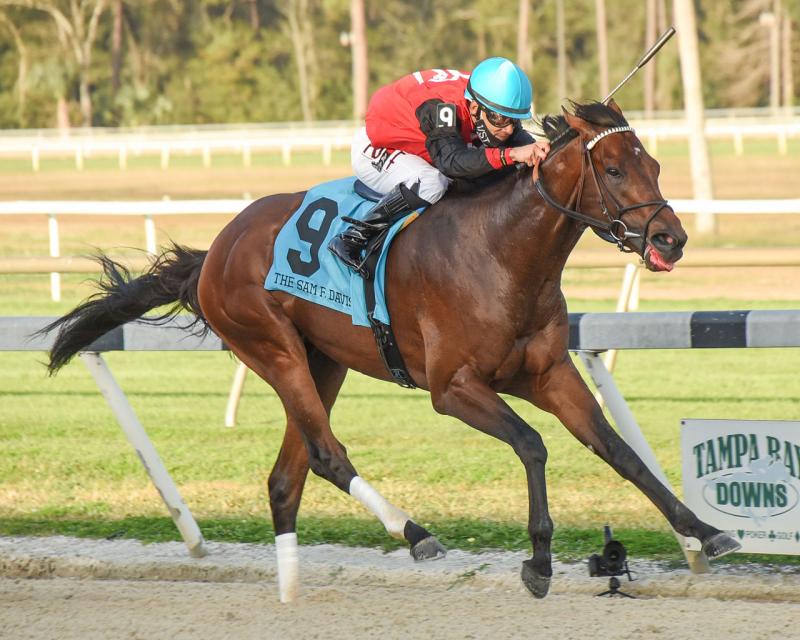 Hall of Fame trainer Bill Mott brought two improving colts to Tampa Bay Downs on Saturday for the $200,000 Sam F. Davis S. (G3) on Saturday and was rewarded when Candy Man Rocket and Nova Rags ran one-two in the Road to the Kentucky Derby prep.

Exiting a 9 1/4-length maiden over six furlongs at Gulfstream Park last month, Candy Man Rocket had no issues negotiating the stretch-out to 1 1/16 miles. Nor for that matter did Nova Rags, who was last seen taking the seven-furlong Pasco S. at Tampa.

Racing in close attendance to one another while chasing Boca Boy through splits of :23.35, :46.94, and 1:10.80 over the fast going, Candy Man Rocket and Nova Rags were in favorable striking spots around the far turn in second and third, respectively.

By virtue of his better position, Candy Man Rocket got the jump on his barn mate, opened up a in upper stretch, and still held well to win by a length over Nova Rags in a time of 1:44.30 under Junior Alvarado. Owned by Frank Fletcher, Candy Man Rocket paid $8.20.

This was the second win in three starts for Candy Man Rocket, who retreated to seventh in his debut at Churchill Downs on Nov. 22 over a sloppy track before rebounding in the aforementioned maiden at Gulfstream. His earnings are now $144,824.

Bred in Kentucky by R.S. Evans, Candy Man Rocket was most recently a $250,000 OBS April purchase. By Candy Ride, he was produced by the Forestry mare Kenny Lane. Candy Man Rocket's fourth dam was Broodmare of the Year Courtly Dee. 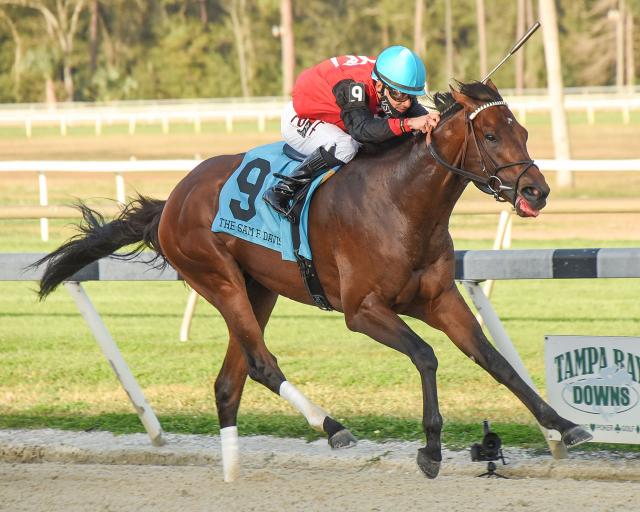