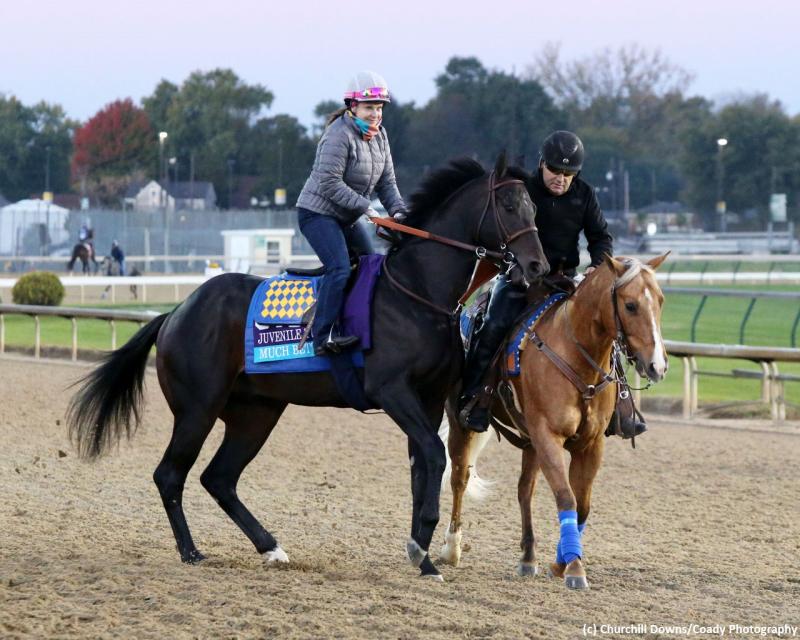 Coliseum has been mentioned among the upper echelon of Bob Baffert’s Kentucky Derby prospects since recording a powerful debut performance at Del Mar in mid-November, romping by 6 3/4 lengths as the 1-2 favorite, and the well-fancied colt can join stablemates Game Winner and Improbable on the Kentucky Derby Leaderboard when he lines up for Saturday’s $100,000 Sham (G3) at Santa Anita.

As part of the Road to the Kentucky Derby series, the one-mile Sham will award 17 points to the top four finishers (10-4-2-1).

Owned and bred in Kentucky by Godolphin, Coliseum is by three-time leading sire Tapit and hails from the Grade 1-winning mare Game Face, a daughter of 1999 Kentucky Derby runner-up Menifee. Coliseum registered a 95 BRIS Speed rating breaking his maiden, the top last-out number in the seven-horse Sham field, and the gray sophomore has been installed as the even-money favorite on the morning line with Joe Talamo.

Baffert has won two of the last four runnings of the Kentucky Derby with eventual Triple Crown winners American Pharoah and Justify. The white-haired Hall of Famer currently ranks second with a total of five wins in the first leg of the American Triple Crown and will seek to tie the legendary Ben Jones with a deep roster of contenders entering 2019.

Baffert also has turf stakes runner-up Much Better entered in the Sham. A $600,000 weanling purchase, the son of Pioneerof the Nile will switch back to the main track after finishing last in the Breeders’ Cup Juvenile Turf (G1) at Churchill Downs. Drayden Van Dyke rides.

Breeders’ Cup Juvenile (G1) fifth-placer Gunmetal Gray is the early 5-2 second choice. A 6 3/4-length maiden winner in his two-turn bow, the Jerry Hollendorfer-trainee posted a runner-up in the American Pharoah (G1) at Santa Anita two back and picks up the services of two-time Kentucky Derby-winning rider Mike Smith.

Peter Miller has a pair including Gray Magician, who keeps leading rider Flavien Prat for his stakes debut after posting a 9 1/2-length maiden tally at Del Mar on November 24. After placing in his first three starts at a sprint, Gray Magician stretched out to two turns last time in his first start for Miller. 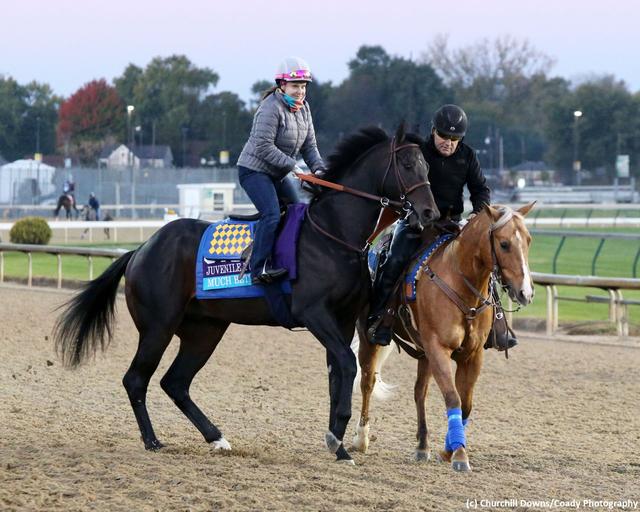