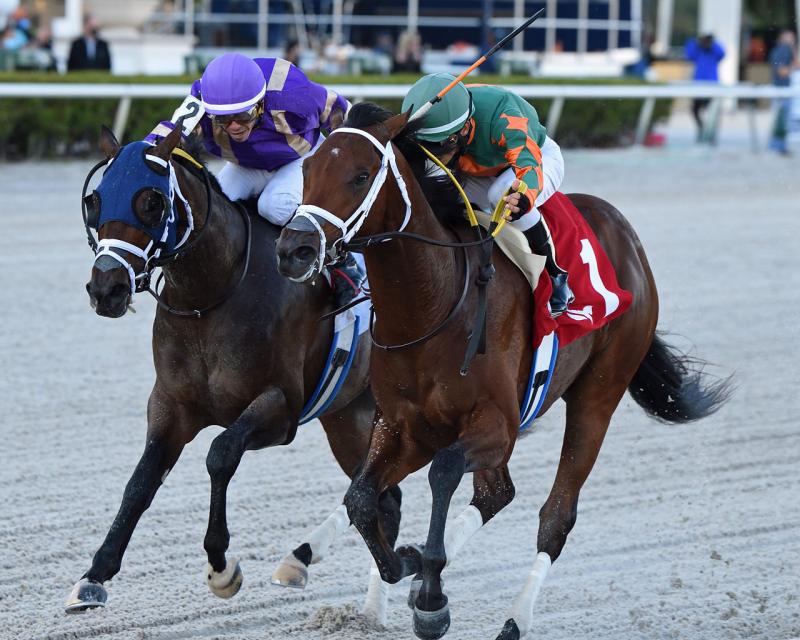 A full field of 12 will aim to receive qualifying points in the $250,000 Jeff Ruby Steaks (G3) at Turfway Park on Saturday. The 2021 Road to the Kentucky Derby challenge series event will reward the top-four finishers with points on a 100-40-20-10 basis towards the Run for the Roses on May 1.

The contest appears to be a wide-open tilt featuring some of the top local horses, as well as shippers from varying parts of the country, to ensure that it will be a fine betting opportunity.

Tampa Bay Derby (G3) third Moonlite Strike will make his local and synthetic debut for conditioner Saffie Joseph at a fine 12-1 on the morning line. The Kentucky-bred will also race with blinkers for the initial time, and he drilled a bullet half-mile in anticipation of his Turfway debut. He is the Expert Pick of the Week.

By Liam’s Map, the $120,000 yearling purchase graduated in his second lifetime showing when cruising home a convincing two-length victor against maiden special weight foes at Gulfstream Park West. The bay was a subsequent allowance winner when setting a fast pace and holding on late in an allowance test at Gulfstream Park prior to heading into the stakes ranks.

Moonlite Strike was outrun in the Smarty Jones S. at Oaklawn Park two prior, but he impressed when finishing a clear third behind a smart top pair at Tampa Bay most recently. In that performance, the colt stayed on well through the stretch to hint that added ground will be to his benefit.

The upset pick has good tactical speed and a nice post slot to use his gate ability to secure a good position going into the first turn. He has the pedigree to be a smart performer on all surfaces, and I expect him to thrive in his first try over the Polytrack on Saturday. New rider Rafael Hernandez should have the three-year-old stalking a contested pace to the top of the stretch. .

Moonlite Strike winning the Jeff Ruby Steaks and earning 100 points toward a berth in the Kentucky Derby is the Best Bet of the Week. 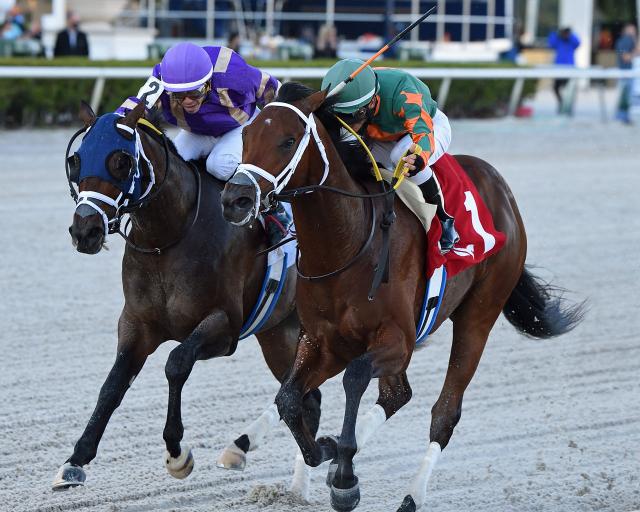