Ideal for racing fans wanting to experience a Kentucky Derby prep race, Oaklawn Park is a hot stretch on the Road to the Kentucky Derby. Here are five tips for a visit to the oval in Hot Springs, Arkansas:

1) The preps are popular

The 2019 Rebel Stakes card drew an estimated attendance of 45,500 who contributed to the largest single day mutual handle in track history of $16,221,639. Rebel attendance and handle have grown each year since American Pharoah won it in 2015.

With an attendance topping 60,000, the Arkansas Derby features one of the largest crowds in racing outside of a Triple Crown event. The population of Hot Springs will almost double for Arkansas Derby Day.

Top trainers Todd Pletcher, who ran his first horse at Oaklawn, and Hall of Famer Bob Baffert, who won six Rebels last decade, frequently ship horses to Oaklawn preps. Their first contenders to head to Arkansas this year include Pletcher’s Chase Tracker, running in the Southwest; and Baffert’s Nadal, who will make his anticipated debut in a Derby qualifier in the Rebel.

Oaklawn mainstays and Hall of Famers Steve Asmussen and D. Wayne Lukas have historically done well in these races, and newcomer Jeremiah Englehart has prospects. Asmussen counts Gold Street and Silver Prospector among his local Kentucky Derby hopefuls. Englehart’s 3-year-olds include Villainous and Three Technique, who is named for a defensive football alignment and owned by two-time Super Bowl-winning coach Bill Parcells. Lukas has a pair of colts from the first crop of American Pharoah: American Butterfly and Fifty Grand. The latter is named for the entry fee cost to the Kentucky Derby, and ESPN’s GameDay analyst Kirk Herbstreit is a co-owner.

4) Enjoy the infield and grounds

Oaklawn’s infield opens Saturday, March 7, and, weather permitting, will host visitors every Saturday until Kentucky Derby day. This park-within-a-park is resplendent with dogwoods, redbuds, and shade trees. Racegoers place bets at windows on the backside of the tote board, and they picnic on blankets, play Baggo, and enjoy bands, beer gardens, bounce houses, and a petting zoo.

5) Soak in the racing town

Hot Springs is a true racing town, where you hear track talk wherever you go. Beyond Oaklawn, “take the waters” on historic Bathhouse Row, enjoy the area lakes, the network of mountain biking trails, and a vibrant culinary scene. 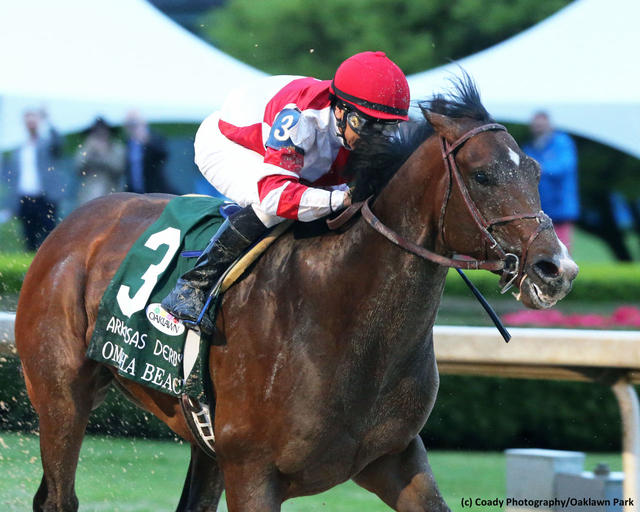