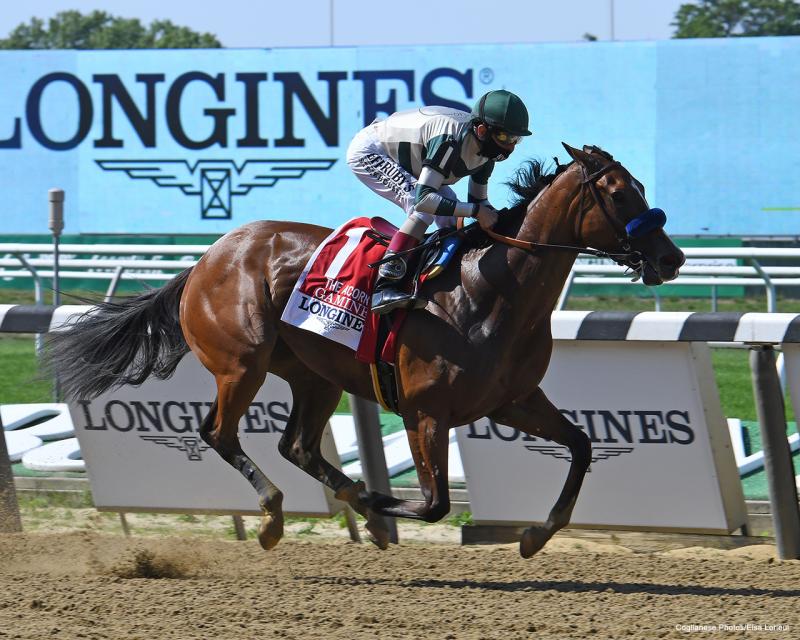 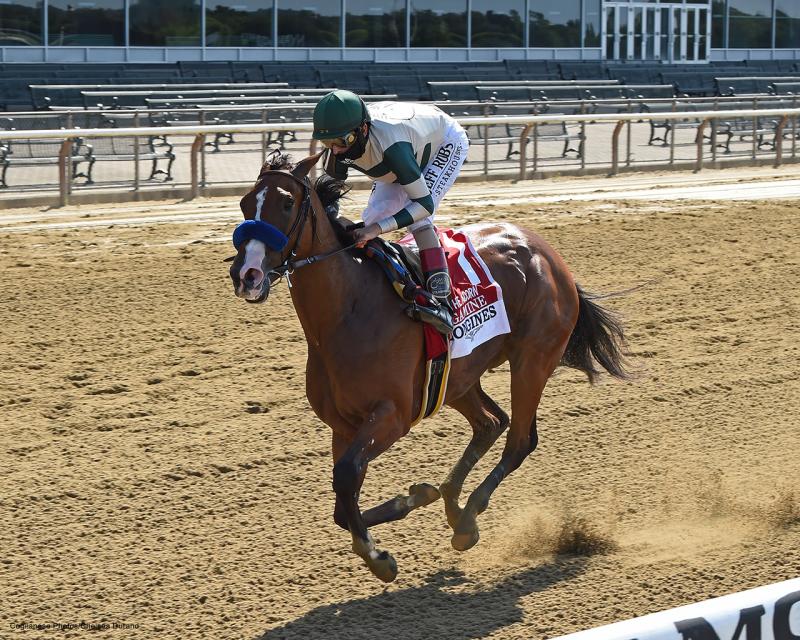 Records fell and jaws dropped on Saturday at Belmont Park when Gamine trounced half a dozen rivals in the $250,000 Acorn (G1), stamping her credentials as a favorite to win the Sept. 4 Kentucky Oaks (G1).

First run in 1931, the historic Acorn boasts a long roster of memorable winners, including champions Twilight Tear, Susan’s Girl, Ruffian, Davona Dale. Only time will tell how Gamine eventually ranks among those Hall of Fame inductees, but it’s safe to say there’s never been a more dominant winner of the Acorn.

From start to finish, the 1-mile race was all about Gamine, the 7-10 favorite after winning her first two starts against maiden and allowance company for trainer Bob Baffert. With John Velazquez in the saddle, Gamine broke smoothly from the rail and assumed a comfortable early advantage while pursued by Lucrezia and Water White through splits of :22.48 and :45.28.

Gamine’s pursuers came under urging around the turn, but the favorite was still traveling under her own power, full of run as the field approached the homestretch. Gradually Gamine began to widen her advantage, opening up a 3 1/2-length lead through 6 furlongs in 1:09.33, and when Velazquez asked the daughter of Into Mischief for her best run, she found another gear and turned the Acorn into a one-horse procession.

Six lengths. Ten lengths. Twelve? Fifteen? Gamine could have won by any margin she pleased. In the end, she chose 18 3/4 lengths, the largest margin of victory in the Acorn since at least 1976. Adding to the unparalleled nature of her performance, Gamine hit the wire in 1:32.55, breaking the stakes record while falling just 0.34 short of the track record.

"She was very good. Nice ride. She did everything I wanted her to do," Velazquez told the New York Racing Association. "She's a little bit on the aggressive side, but I let her relax around the backstretch. Once we got to the five-sixteenths pole I let her run. By the quarter-pole she opened up so quickly I had to look back. She's very nice and professional. I wish they were all that easy."

Pleasant Orb, the longest shot on the board at 39-1, rallied from last to finish second by a half-length over 33-1 shot Water White. Lucrezia, Perfect Alibi, Casual, and Glass Ceiling completed the order of finish.

"It was an amazing race out of her," Jimmy Barnes, assistant to Baffert, told the New York Racing Association. "Especially coming into a Grade 1 and for it being only her third start. Johnny rode her right to the way we told him to go. We told him to take advantage of her position and he certainly did.”

Produced by the Kafwain mare Peggy Jane, Gamine was bred by Grace Thoroughbred Holdings. Purchased as a 2-year-old for $1.8 million by Michael Lund Peterson, winning the Acorn secured Gamine 50 qualification points on the Road to the Kentucky Oaks.

"I wanted to see her run the one turn just because of the way she runs," Barnes added. "Two turns, one turn, she can handle either one. We'll go home, give her a little time and see what's next for her. I can imagine something at Saratoga." 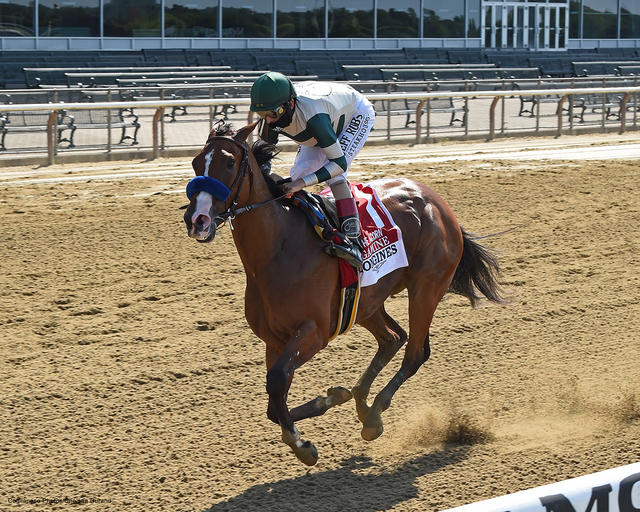