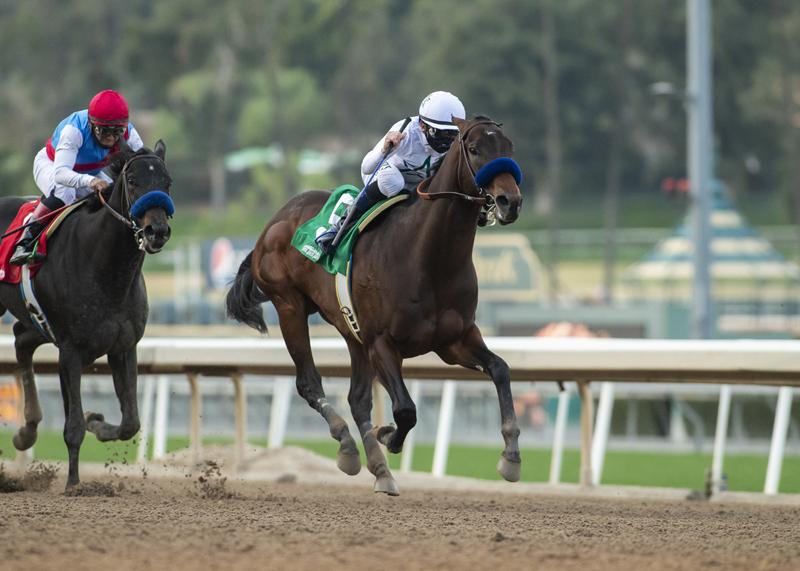 Nearly a year to the day after Authentic romped in his stakes and two-turn debut, trainer Bob Baffert returned to the winner's circle following Saturday's $100,000 Sham Stakes (G3) at Santa Anita after the highly-rated Life Is Good fended off a late surge from stablemate Medina Spirit to capture the one-mile Road to the Kentucky Derby prep.

Like Authentic a son of Into Mischief, Life Is Good was a stronger favorite in the Sham wagering than last year's eventual Kentucky Derby (G1) hero and presumptive Horse of the Year. Sent off at 1-5 against four rivals, Life Is Good overcame an early bump leaving the gate, led comfortably most of the way, and held off Medina Spirit by a little less than a length while not under serious pressure from jockey Mike Smith.

"What I really liked was after the race, when I stood up and the horse got next to me, he jumped back into the bridle. I had to pull him up," Smith said. "We don't know yet how talented (Life Is Good is), we haven't even gotten close yet."

Although Authentic was a more dominating winner of the Sham, by 7 3/4 lengths, both colts showed some immaturity through the stretch run.

"It reminded me a lot of Authentic last year. He looked like a drunk coming down, almost hit the rail and stuff," Baffert said. "Just to get the two turns out of the way, it's big. I always feel the second race is the most important, going up against winners. It's the kind of race we were looking for. These are two good horses."

Owned by WinStar Farm and CHC Inc., Life Is Good returned $2.40 after completing one lap of the fast strip in 1:36.63. Medina Spirit was well clear of Parnelli, who was followed under the wire by Waspirant and Uncle Boogie.

Road to the Kentucky Derby points of 10-4-2-1 were distributed respectively to the top four finishers, with Waspirant increasing his total from one point to two points.

Bred in Kentucky by Gary and Mary West, Life Is Good was sold for $525,000 at Keeneland September. He was produced by Beach Walk, a daughter of Distorted Humor, and hails from the family of multiple Grade 1 winner Diamondrella. 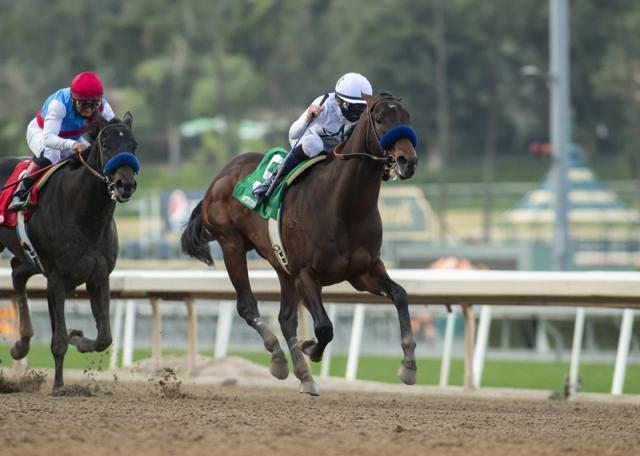