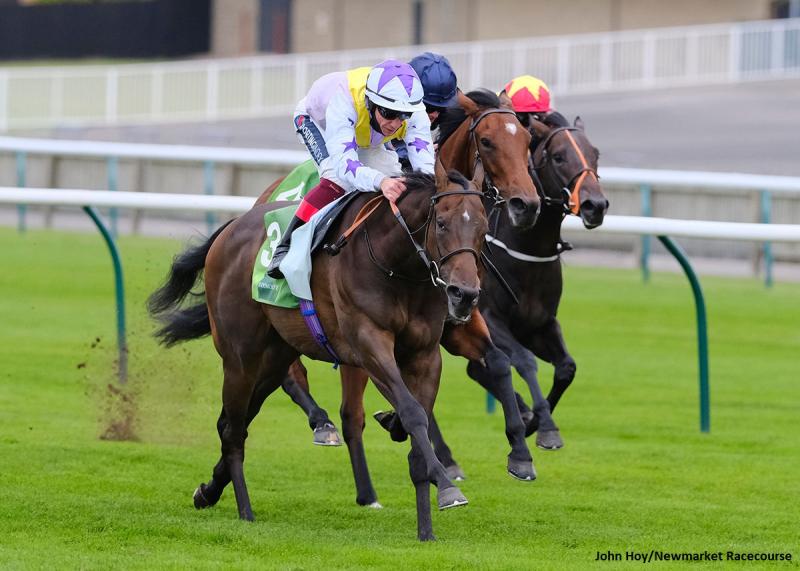 High Definition and New Mandate both made last-to-first rallies to claim the first 2021 European Road to the Kentucky Derby series victories on Saturday.

Suggesting he was just getting warmed up at a mile, High Definition made a wide, late bid and caught Monaasib in the final yards to win the Beresford Stakes (G2) at The Curragh in Ireland by three-quarters of a length for Coolmore, trainer Aidan O'Brien, and jockey Seamie Heffernan.

The final time over yielding (good to yielding in places) ground was 1:45.28. Although offered at 9-5 overseas, High Definition was a stronger favorite in the pari-mutuels returning only $3.80.

Following Monaasib past the wire was pacesetter Snapraeterea and then Coolmore-owned outsider Sir Lucan. The top four finishers earned qualifying points of 10-4-2-1, respectively, in the European Road to the Kentucky Derby series.

A Galileo full brother to Innisfree, who won the 2019 Beresford, High Definition had won on debut over the same course and distance, and by the same margin, on Aug. 22.

"He's a big, rangy horse with a massive, big stride and is one to really look forward to," said O'Brien, who's won the Beresford a remarkable 20 times. "I'd say we'll put him away now. He could start in a Guineas and he looks like he'll be a middle-distance horse."

New Mandate, meanwhile, rallied to win his third race in a row in the Royal Lodge Stakes (G2) over the straight mile at Newmarket under Frankie Dettori. His winning margin, also three-quarters of a length, came at the expense of the Coolmore-owned Ontario. Pacesetter Cobh finished third and Gear Up was fourth. The 10-4-2-1 points allotment was the same as the Beresford.

Owned by Marc Chan and trained by Ralph Beckett, New Mandate covered the distance in 1:37.86 over ground listed as good. Sent off as the 9-4 favorite overseas, he paid $6.60 as the second choice in the pari-mutuels.

A son by New Bay, New Mandate had finished third in his first two outings before graduating at Sandown on Aug. 23 over 7 furlongs. He repeated at the same distance by a head in the Flying Scotsman S. at Doncaster's St Leger meet earlier this month.

"We will see where we go from here. Obviously he can't run in anything worthwhile in the spring, so we have to cut our cloth this autumn," said Beckett, referring to the fact New Mandate is a gelding and thus prohibited from competing in the English classics. "We will have a discussion about the Breeders' Cup Juvenile Turf (G1)."

"He was gelded in January as he was like Warren Beatty on steroids. We had to geld him, but he wouldn’t have been the horse he is if we hadn't." 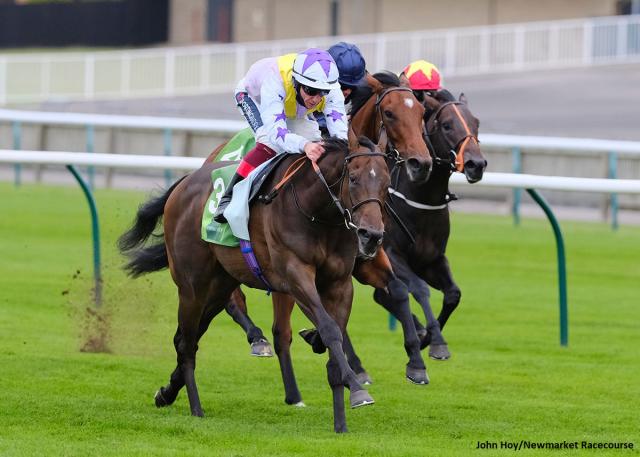