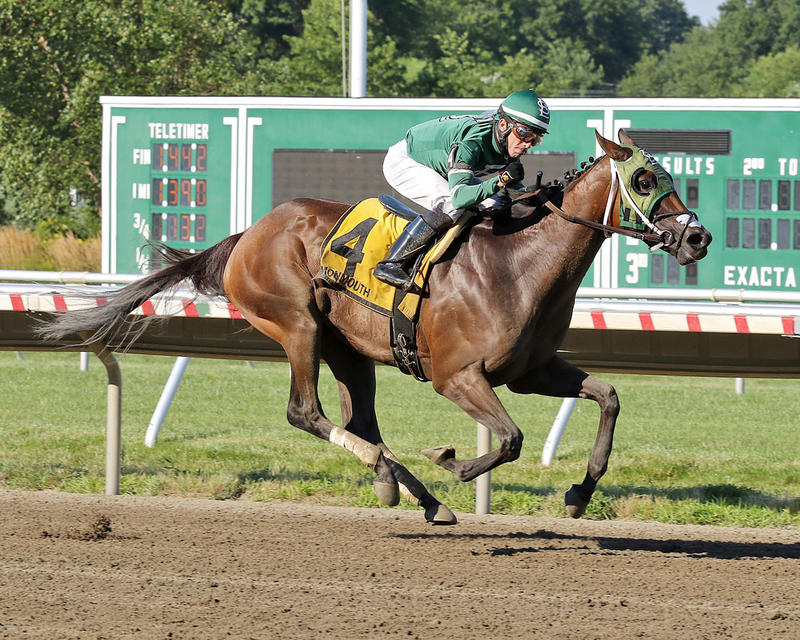 Donning blinkers after a fifth in the Delaware Oaks (G3), Hopeful Growth responded to reverse form comprehensively in Saturday’s $212,000 Monmouth Oaks (G3). The 11-1 shot swamped Delaware Oaks winner Project Whiskey in the stretch and drew off to earn 50 points toward the Kentucky Oaks (G1).

Hopeful Growth races for Vinnie Viola’s St Elias Stable, which also campaigns Kentucky Derby (G1)-bound Dr Post. The improving daughter of Tapiture could give her owners a one-two punch on the first weekend in September at Churchill Downs.

A photo-finish winner of her career debut at Monmouth last summer, Hopeful Growth was sidelined until this spring. The Anthony Margatta Jr. trainee returned with a second in an entry-level allowance at Gulfstream Park, where she added blinkers. She took them off next out and dominated a similar event at Tampa Bay Downs. Hopeful Growth was expected to fare better when stepping up in class and distance for the Delaware Oaks, but the 2-1 chance wound up fifth.

Margatta decided to put the blinkers back on at Monmouth, an equipment change that has worked very well for him (75 percent strike rate according to Brisnet), and Hopeful Growth padded his stats. Into the bit throughout for jockey Antonio Gallardo, she drafted on the inside just behind pacesetting 7-5 favorite Lucrezia.

Project Whiskey was pressing on the outside. Although under more pressure than Lucrezia on the far turn, she found much more into the stretch as the favorite began to wilt.

But by that point, Hopeful Growth had angled out into the clear and appeared to be going best of all. She still showed signs of greenness when lugging in, then righted herself to spurt away by four lengths. Hopeful Growth completed 1 1/16 miles in 1:45.63 and paid $25.60.

Project Whiskey crossed the wire 2 1/4 lengths clear, adding 20 Oaks points to bring up her total to 70. Eve of War, who had been tracking the pace wide, churned on in third for 10 points. Dream Marie, the Delaware Oaks second, checked in fourth here to earn another 5 points, increasing her overall tally to 35.

Hopeful Growth has now earned $183,240 from her 5-3-1-0 record. The $160,000 Keeneland September yearling purchase was bred in Kentucky by Phillips Racing Partnership. She is a half-sister to Grade 3 winner Ten City, and their dam, the Rock Hard Ten mare Maiden America, is herself a half-sister to Japanese champion Grass Wonder and multiple Grade 1-winning millionaire Wonder Again. 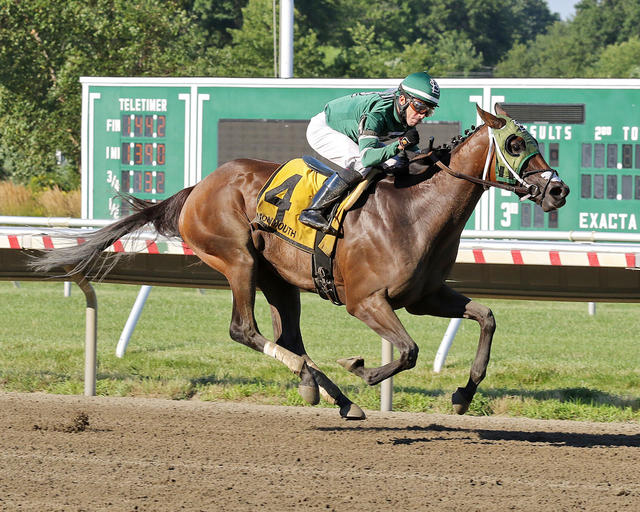