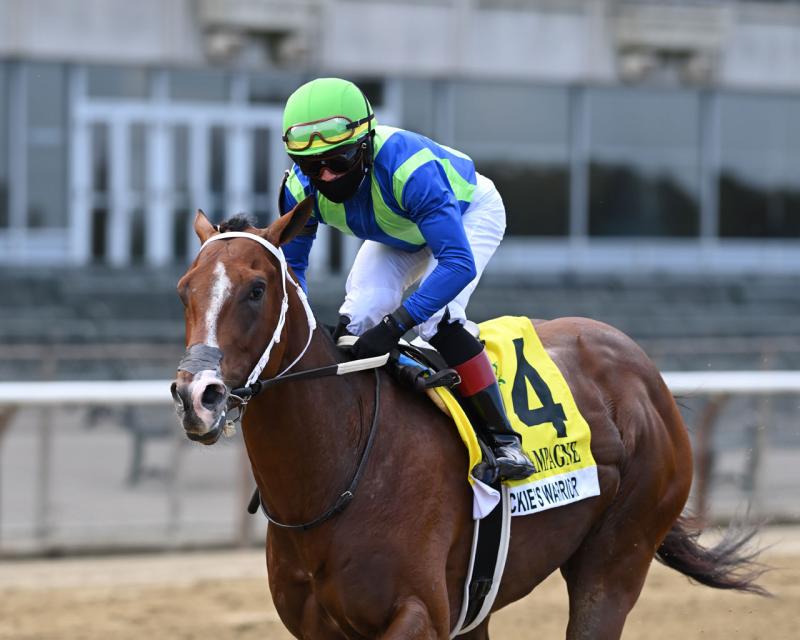 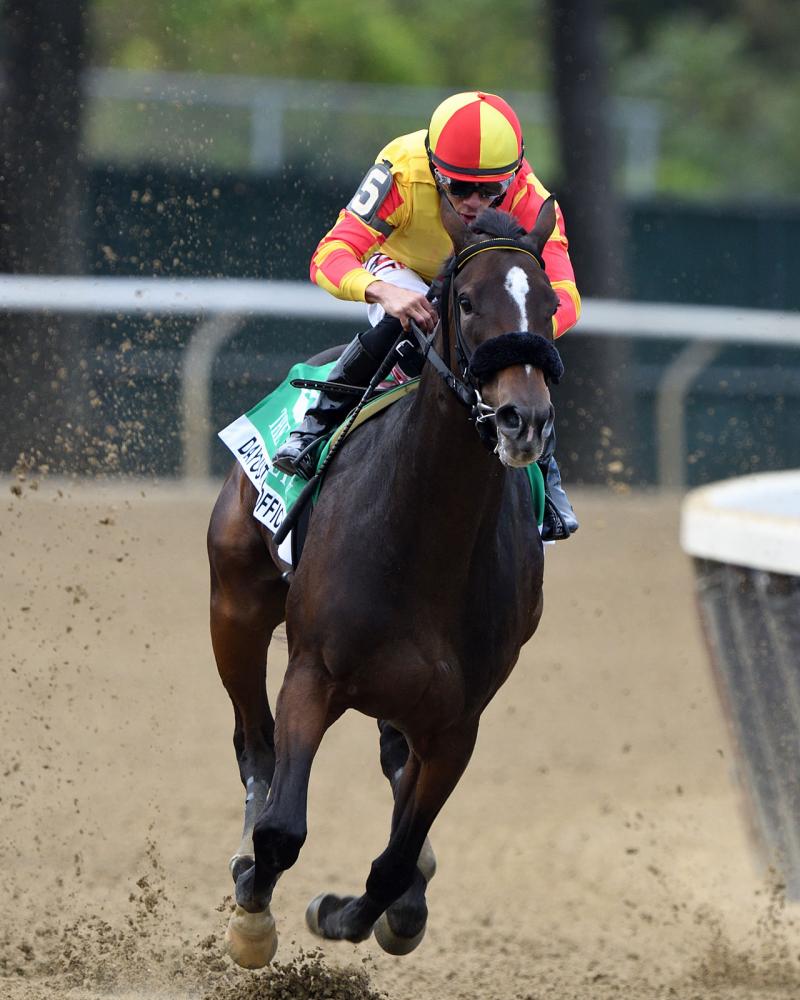 Jackie's Warrior's reign as the East Coast's leading juvenile colt continued Saturday when the son of Maclean's Music produced a decisive and emphatic victory in the $250,000 Champagne Stakes (G1) at Belmont Park.

Owned by J. Kirk and Judy Robison, the Steve Asmussen-trained Jackie's Warrior paid $3.70. Reinvestment Risk finished second by 8 3/4 lengths over Midnight Bourbon, who had more than 10 lengths on Civil War.

Jackie's Warrior likely heads to next month's Breeders' Cup Juvenile (G1) at Keeneland with earnings of $402,564. Undefeated from four starts, he previously won the Saratoga Special (G2) and the Hopeful (G1), the latter in stakes-record time.

Bred in Kentucky by J & J Stables, Jackie's Warrior sold for $85,000 at Keeneland September. By Maclean's Music, is out of the A. P. Five Hundred mare Unicorn Girl.

The 2-year-old filly Dayoutoftheoffice is based at Thistledown, near Cleveland, but can figuratively make it anywhere after rolling to a two-length win in the $250,000 Frizette Stakes (G1) at Belmont.

Rating in second down the backside, the Tim Hamm-trained daughter of Into Mischief seized control approaching the quarter pole and safely held off odds-on favorite Vequist down the stretch to win the one-mile fixture under Junior Alvarado.

Owned by Hamm and breeder Sienna Farm, Dayoutoftheoffice finished up in a time of 1:35.82 and paid $7.80 as the second choice. Finishing third, more than 10 lengths behind Vequist, was Cilla, with pace setter Joy's Rocket fourth.

Now 3-for-3, Dayoutoftheoffice captured her May 14 debut at Gulfstream Park by 4 3/4 lengths and followed up with a six-length romp in the Schuylerville (G3) at Saratoga on July 16. Now Breeders' Cup bound, she'll head to Lexington with earnings of $216,500.

The Kentucky-bred Dayoutoftheoffice was produced by Gottahaveadream, by Uncle Charlie. Her third dam, Grade 1 winner Race the Wild Wind, is the ancestress of Daredevil, sire of the filly Preakness (G1) winner Swiss Skydiver. 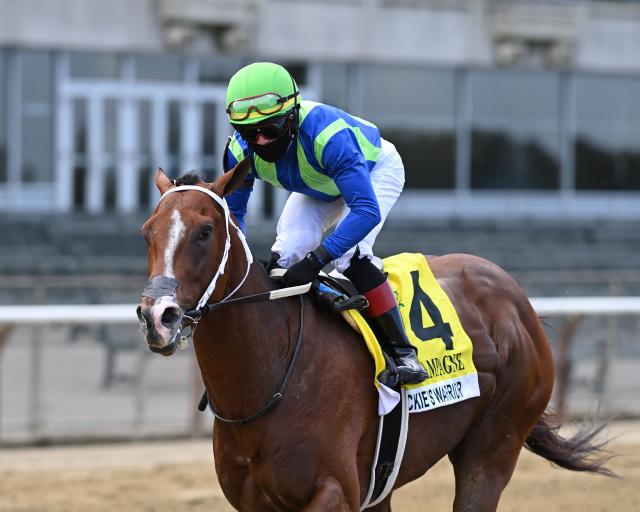