Justify would be a fitting Triple Crown winner 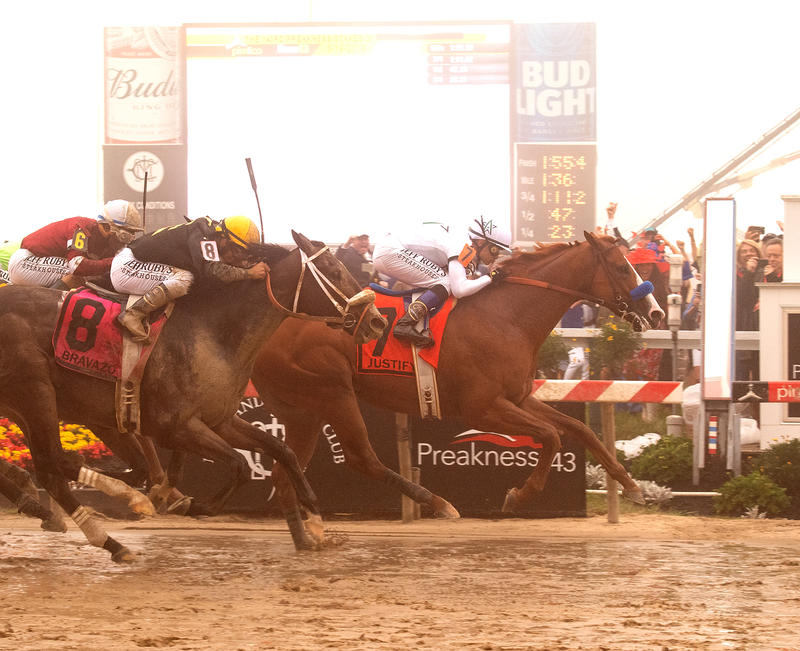 Grace under pressure. It’s how Ernest Hemmingway defined courage and athletes must have the intestinal fortitude as well as talent to maintain their composure under the intense pressure of competition.

Justify embodies that quality in a Thoroughbred.

He proved special from the get-go, recording smashing wins in his first three starts, and registered a whopping 114 BRIS Speed rating when romping in the Santa Anita Derby, the top number in the six-year history of the Kentucky Derby qualifying points’ system.

Massive in size and blessed with speed and power, Justify carried his spectacular form forward to Churchill Downs when posting a 2 ½-length victory in the 144th running of the Kentucky Derby.

The bright chestnut gained a new measure of esteem recording a courageous victory in the Preakness Stakes.

Rivals were gunning for the unbeaten star from the beginning, with Kentucky Derby runner-up Good Magic racing head-and-head with Justify through the first turn and down the backstretch, and tension continued to build as they battled through the fog on the far turn at Pimlico. Justify emerged with a short lead in upper stretch but Good Magic remained a pesky foe as he gamely trying to re-rally to his inside and Bravazo came surging into contention along his outside flank in the final sixteenth of a mile.

Facing an extreme challenge for the first time, Justify dug deep and displayed sheer determination to reach the wire first by a narrow margin.

Justify seeks to become Thoroughbred racing’s 13th Triple Crown winner in the Belmont Stakes on June 9. It’s a demanding task, with three major races over a five-week span culminating in the 1 ½-mile Belmont Stakes, and 11 horses came up short in the final leg after winning the Kentucky Derby and Preakness before American Pharoah snapped a 37-year Triple Crown drought in 2015.

There’s no guarantee Justify will show up with his best. He’s been on an accelerated schedule since making his career debut on February 19, with the next engagement representing his sixth start in less than four months, and will be asked to bounce back off a taxing performance in the Preakness.

It remains his race to lose. Justify has truly distinguished himself this season, becoming the first unraced 2-year-old to win the Kentucky Derby in 136 years and showing tremendous resiliency to prevail in the Preakness, and nothing seems to stop him.

Justify will stand tall among the hallowed ranks of Triple Crown winners if he can clear one more hurdle. 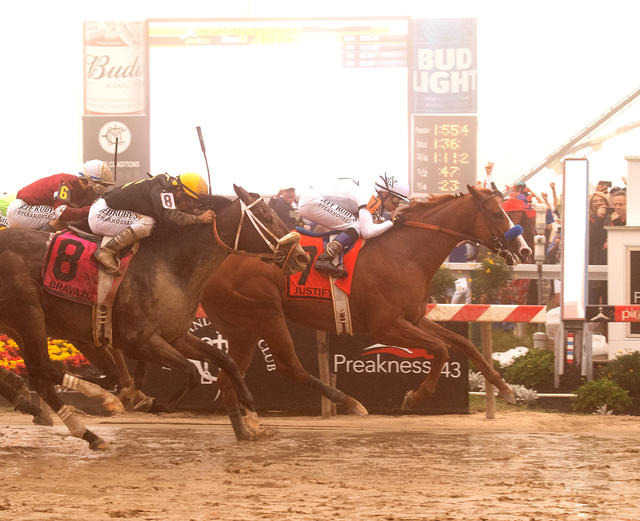